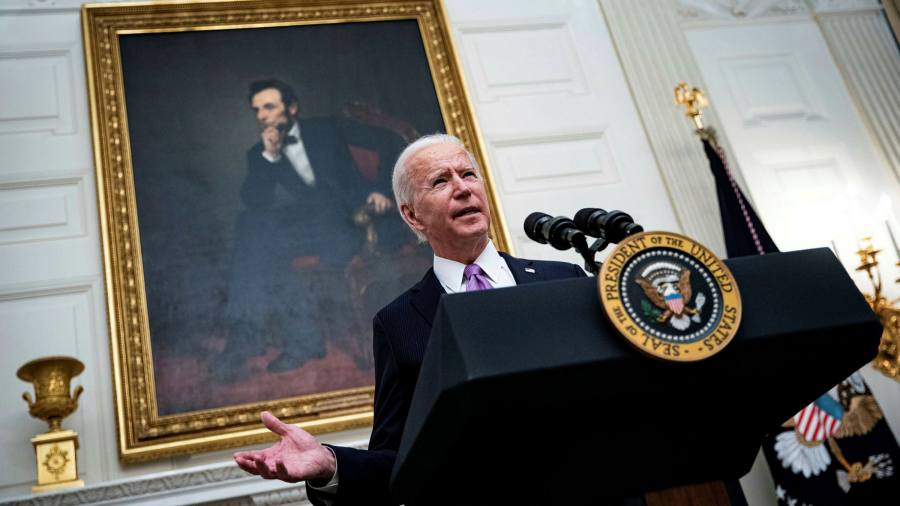 “There are no real fossil-friendly centrists in the bunch,” said Kevin Book, managing director of ClearView Energy Partners, a research group in Washington. “They are all somewhere between what we would call green pragmatists and progressive climate activists.”

The appointees – none of whom need to be confirmed by the Senate – included Robert Cowin, a former climate officer for the Union of Concerned Scientists, an environmental group, and Shuchi Talati, an adviser to Carbon180, an organization which promotes ways to suck carbon dioxide out of the atmosphere.

Mr Biden’s energy department will also include engineers, a former diplomat and a former head of the Los Angeles chapter of the Electricians’ Union – Jennifer Jean Kropke, the new director of energy jobs.

“You have a wide and diverse range of people whose experience is consistent with the coalition of Democrats that elected Joe Biden,” said Frank Maisano, partner in the Policy Resolution Group at Bracewell, a legal and lobbying firm that represents customers in the energy sector. “The main constant theme that you see, however, is that all are committed to pushing forward an agenda that can tackle climate change as quickly as possible.”

Mr Biden has made the fight against climate change part of his campaign, contrasting his agenda with four years of environmental setback under Donald Trump – who has appointed a former oil lobbyist to head the Home Department and a former coal lobbyist at the head of the Environmental Protection Agency.

Hours after being sworn in on Wednesday, Mr Biden pledged return the United States to the Paris climate agreement and ordered each federal agency to “immediately start working for climate crisis“.

Other political appointments that will bring Mr. Biden’s agenda to fruition are several Obama administration veterans who left the government to fight the Trump administration’s deregulation actions in court. For example, David Hayes, who had worked in Barack Obama’s interior department, ran an environmental law center at New York University before being invited to join the White House Biden as as special assistant for climate policy.

Jennifer Granholm, former Democratic Governor of Michigan, has been appointed to head the energy department. Deb Haaland, a congresswoman from New Mexico who once cooked tortillas for an oil pipeline protest camp, would oversee the interior department. Pete Buttigieg, the former mayor of South Bend, Indiana, is Mr. Biden’s choice for transportation secretary.

Michael Regan, named head of the EPA, has a background in activism and government. After leading clean energy efforts at the Environmental Defense Fund, an advocacy group, he became secretary of the North Carolina Department of Environmental Quality.

Political skills could be useful in communicating potentially troubling changes for large Democratic ridings, such as auto workers in Michigan or unionized pipeline contractors in the western states, Book said.

“Some of the top picks are really politicians, friendly faces that can coat some of the bitter pills the administration is going to hand out,” he said.