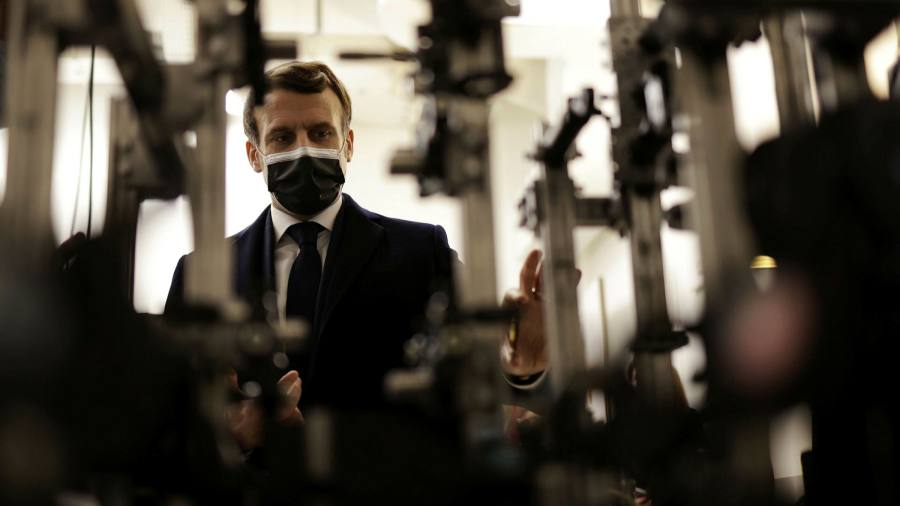 
French President Emmanuel Macron announced new coronavirus rules for travelers from the EU, with France requiring European visitors as well as those from outside the bloc to undergo a negative Covid-19 test less than three days before their entry into the country.

The new restrictive measures, which will take effect on Sunday morning, were announced Thursday evening by the Elysee Palace and follow an EU summit via video conference during which leaders discussed measures to control the pandemic with the prosecution vaccination programs and free movement controls.

Until now, Mr Macron had sought to maintain freedom of movement in Europe, but the pressure on hospitals and the spread new, more infectious variants of the virus convinced him of the need to extend testing to almost everyone who crosses national borders. Many European leaders have taken the same approach as Mr Macron, the Elysee said.

Charles Michel, President of the European Council, said after the meeting that EU member states may need to impose new restrictions on non-essential travel, even if they seek to avoid border closures in the bloc .

Leaders discussed the new variants of the coronavirus that have started to circulate and “are aware of the gravity of the situation,” Michel said after the call.

While indiscriminate travel bans should be avoided, further coordinated measures may be needed to contain the spread of the virus, he said, alongside measures to better track mutations.

Brussels was keen to develop new maps identifying the so-called dark red areas within the EU which are particular virus hotspots, European Commission President Ursula von der Leyen said at a press conference after the ‘call.

Travelers seeking to leave these areas may be required to take a pre-test and submit to quarantine, at the commission’s proposal.

Non-essential travel should be “strongly discouraged”, added Von der Leyen, but she insisted that the EU should maintain the flow of goods through the single market and allow the movement of essential workers. 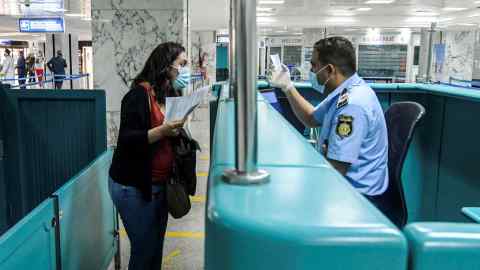 The leaders’ call also mentioned the need to speed up the deployment of vaccination. Member states have differed from controversial Greece’s proposals for the introduction of vaccination certificates to facilitate travel for those who have received a course of injections.

The French government has said it remains very cautious about the immediate application of vaccination certificates – or passports. There was a lack of data on the infectivity of those vaccinated, he said, with only a small proportion of people vaccinated to date, and unresolved technical questions about how those certificates would be produced and verified. .

France said “essential” travel would be exempt from its new testing requirements, but did not immediately define what was considered essential. Truck and train drivers and border workers would not be affected either.

One of the new infectious variants of the now rapidly spreading virus was first identified in England by the UK’s extensive gene sequencing program. Mr Macron said France is now also developing its own sequencing capabilities and suggested Europeans should join forces to help monitor the development of the pandemic.