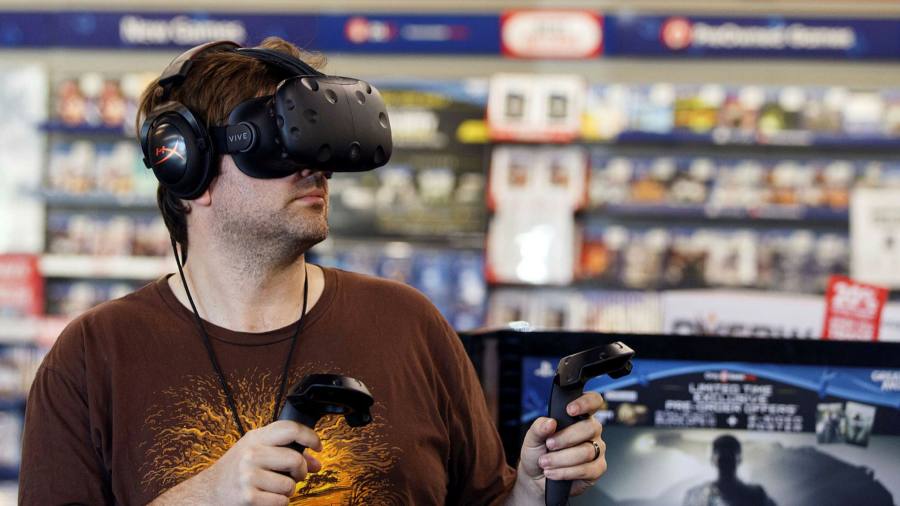 
GameStop shares took a wild ride on Friday, rising nearly 80% after the struggling US video game retailer found itself at the center of a battle between short sellers and hobbyist online traders.

The company, whose stores struggled to sell during the pandemic, has been a favorite among day traders on the popular bulletin board. r / wallstreetbets on the Reddit site, which has doubled the value of the title since the start of the year.

A tug of war emerged on Thursday after famous short seller Citron Research said it had placed a bet against the stock, saying the company was “pretty much in decline”. This view attracted traders who collectively pushed the stock higher, aiming to push Citron and others out of their short positions.

As the assault continued on Friday, Andrew Left, the founder of Citron, said he would stop commenting on the action, saying it was in response to an “angry mob” leading repeated hacking attempts and intimidation.

The incident will further intensify the debate over the growing influence of retail investors in US markets. Historically, their impact has been mitigated in a stock market where over $ 500 billion in transactions are executed every day. But, encouraged by the moves by brokers to commission-free trading, their activity has soared over the past year, leaving a deep impression on some individual stocks. Several companies saw their stock prices skyrocket and collapse within days, with the activity openly discussed on sites like Reddit.

Mr. Left earlier in the week described buyers of GameStop shares as “suckers at this poker game.” He continued his remarks Thursday with a video on YouTube saying there was “no short-term pressure as we speak” with the $ 40 share.

“I’ve never seen such an exchange of ideas from people so angry with someone showing the other side of a trade,” he added.

Reddit users reacted angrily to the accusation. One user posted a video of Mr. Left’s face superimposed on R Kelly, the star currently in prison awaiting trial for sexual abuse, during an interview in which the singer says he is “fighting for my fucking life”. Another called Mr. Left a fraud.

A month ago, a Reddit user said that Mr. Left should be r / wallstreetbets’ Public Enemy # 1.

Friday’s rally sent stocks to a high above $ 76, giving the company a market cap of over $ 4 billion, about three times the price of $ 1.3 billion it was enjoying at the end of 2020. Later in the day, the shares were trading at around $ 60.

More than $ 8 billion in GameStop shares had changed hands by 2 p.m., a record high, according to Bloomberg. Trading in stock options contracts also exploded.

GameStop in december reported a 31% drop in year-over-year sales for the first nine months of 2020, adding last week that sales of new game consoles had helped stem the decline during the holiday season.