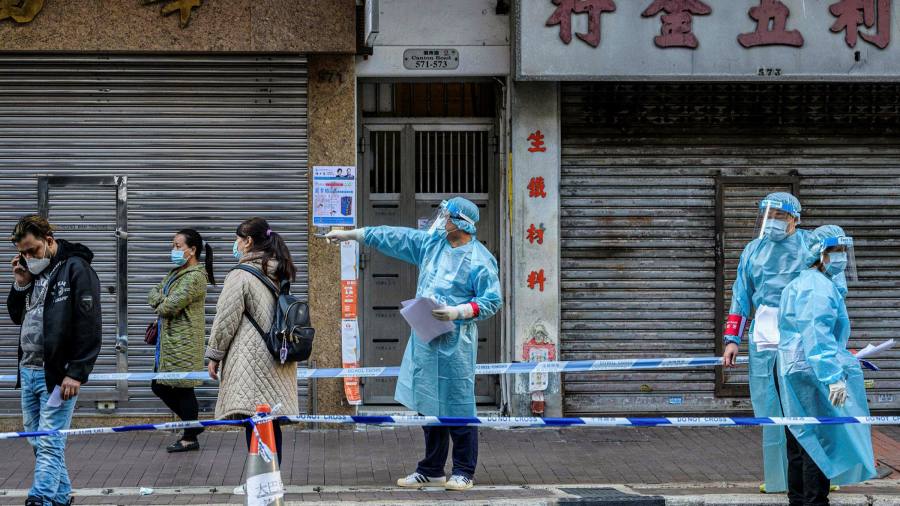 
A group of more than 200 pro-Beijing politicians in Hong Kong are expected to be vaccinated against Covid-19 in mainland China, in front of the rest of the city’s population, in order to attend the Chinese Communist Party’s first political event this year.

Businessmen, legislators, and other professionals represent Hong Kong in some of mainland China’s most important legislative bodies. These include the Chinese People’s Political Consultative Conference, a political advisory body, and the National People’s Congress, China’s official annual parliamentary session, to be held in March.

Most of the group were due to travel from Hong Kong to Shenzhen on Friday to receive the shot, according to two people with direct knowledge of the plan.

Vaccinations would be implemented to prevent an outbreak at the NPC, a person familiar with the matter said.

The group members were so eager to be vaccinated that they sought to bring their families. “Some of the guys asked to bring their wives, but they were told no,” one person said.

Hong Kong has been credited with handling Covid-19 relatively well, with 9,868 recorded cases and 167 deaths. But the authorities are worried about new wave of infections, and recently expanded social distancing measures and blocked arrivals from countries, like the UK, where a highly infectious variant virus has appeared.

The Hong Kong government has agreed to use a vaccine produced by Sinovac Biotech, a Chinese pharmaceutical company. But plans to start handing out the jab in January were deferred after authorities sought more data on late-stage trials.

Sinovac has been criticized for not being sufficiently transparent about the variation in reported efficacy rates for its vaccine. The jab was 91.3 percent found effective in trials in Turkey and 65% effective in Indonesia. In Brazil, the vaccine success rate was 78%, but this result was revised to 50.4% when “very mild” cases were included in the trials.

Hong Kong has been marked by mistrust of Chinese-made vaccines, further complicating the planned deployment. Wallace Lau, organizer of the Hong Kong government’s Covid-19 vaccine advisory group, said public skepticism was one of the biggest challenges.

Analysts said the decision to vaccinate politicians was in part to reassure residents.

“The Chinese government and the Hong Kong government would like to strengthen the trust of the local public,” said Sing Ming, associate professor of political science at the Hong Kong University of Science and Technology.

Hong Kong is expected to start vaccinations in mid-February, using a jab developed by BioNTech / Pfizer. The city has also entered into a supply agreement with the Oxford / AstraZeneca for its vaccine.

Mainland China is fight against a new epidemic in the northern province of Hebei, next to Beijing, which triggered mass tests and targeted lockdowns in the capital.