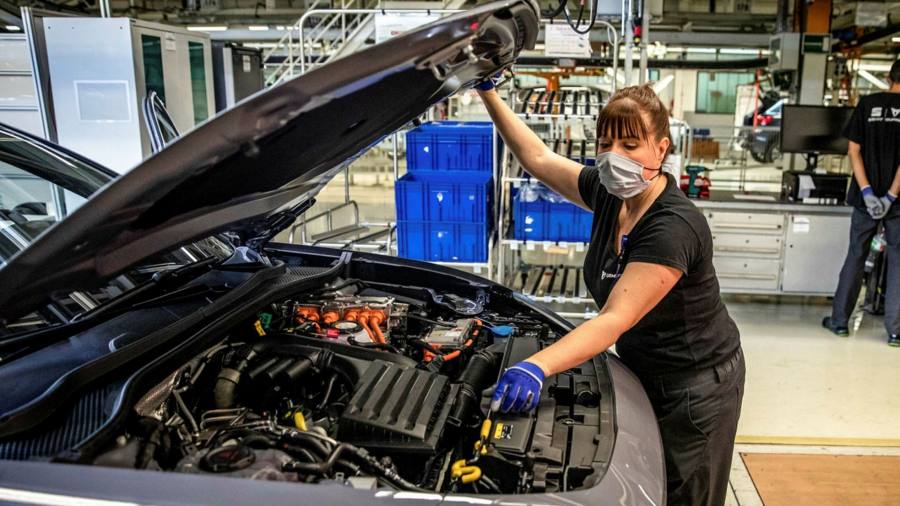 
Volkswagen defied the pandemic to record operating profits of 10 billion euros last year after the German group benefited from a late recovery in the global auto market led by China.

The world’s largest automaker, which looked set to post big losses in the early months of the Covid-19 crisis, hailed “fairly robust” sales in the second half of 2020, in a statement ahead of full results in February .

The VW group, which includes the brands Audi, Porsche and Seat, said the last three months of last year were the strongest.

He helped the Wolfsburg-based company record operating profits, before one-off charges related to the diesel emissions scandal, which was about half of that of € 19.3 billion in 2019 and cash flow net of about 6 billion euros.

VW is the first major automaker to release figures for the pandemic year, in which overall sales are expected to fall by more than 15% globally.

Arndt Ellinghorst, an auto analyst at Bernstein, praised VW’s ability to make a substantial profit “in one of the worst economic downturns of all time.”

He added: “The financial market completely underestimates the power of all these traditional car makers.”

As the VW brand stuttered in 2020, with delayed launches of its Golf 8 model and flagship electric car, the ID. 3, the group’s premium brands experienced an extraordinary rebound, especially in China.

Audi posted its best quarter in the last three months of 2020, selling more than half a million cars for the first time during the period.

Porsche sales fell only 3% during the year and deliveries to China increased by more than 2,000 units in 2019, despite widespread lockdowns and dealer closures.

While the financial blow has already been reserved in previous quarters, the sanction marks a setback for the group, which is betting tens of billions of euros on an attempt to overtake Tesla as the electric vehicle superpower.

Herbert Diess, chief executive, said the pandemic has hampered the rollout of zero-emission vehicles, but stressed the automaker will meet its targets in 2021.

National rival BMW said on Friday it had surpassed its EU target of reducing fleet-wide emissions to 104 grams of carbon dioxide per kilometer driven, from around five grams, to finish 2020 with an average of 99 g / km.