We live in a golden age of ignorance 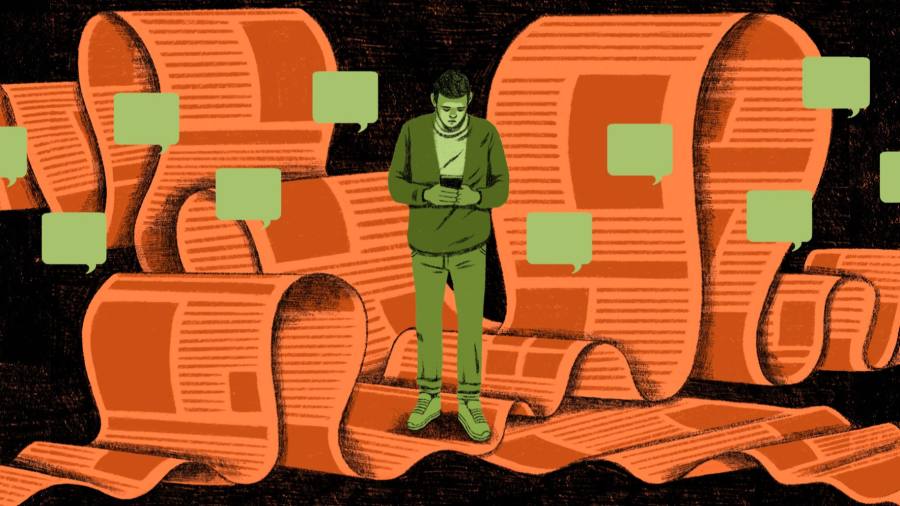 
Was there a time in modern history when so many people in free societies believed such damaging lies?

It’s easy to point to the United States, where almost 90% of people who voted for Donald Trump thinks Joe Biden’s election victory was not legitimate. It is therefore not surprising that the recent violent attempt to prevent the democratic transfer of power enjoys considerable support.

But it’s not just the United States. In France, a minority of adults believe vaccines are safe, which is why only 40% say they plan to get vaccinated against Covid-19. This reluctance also partly explains why the deployment of vaccines in France started so slowly.

Meanwhile, across the world, significant minorities believe the death rate from Covid-19 has been “deliberately and greatly exaggerated”. The proportion of Covid-19 deniers is 22 percent in the UK; in many other countries it is even higher.

How did it come to this? The simplest explanation – to use a phrase from former US Treasury Secretary Larry Summers – is, “There are idiots. Look around you. But while there is some visceral satisfaction in this explanation, there is a lot more going on.

Robert Proctor, a historian, coined the term “agnotology” to describe the academic study of ignorance. He became interested in the phenomenon after studying Big Tobacco’s all too successful effort cast doubt on the scientific evidence for the risks of smoking.

Proctor once told me “We are living in a golden age of ignorance”. It was in 2016; the golden age was just beginning to dawn. Three things are worth highlighting – none of them is entirely new.

First of all, the distraction. It is possible for people to spend hours each day consuming what is described as “news” without ever committing to anything substantial. Some distractions are obvious: Sudoku won’t help you understand the implications of the post-Brexit trade deal, or looking at celebrity photos.

At least these diversions are thus commercialized. Others are more insidious. Think ‘scotch-egging’, the oddly British pastime of arguing over a particular activity (going to beauty spots for a stroll, cycling in east London when your home is in Downing Street, treating a scotch egg as a meal “with your drink in a pub) may or may not violate the letter or the spirit of the pandemic rules. The Scottish Egg stories are emotionally salient and easy to understand, and superficially they seem to relate to important public health issues. But they distract from the real questions: How can I live life while protecting myself and others? When I vote, does the government’s response deserve praise or criticism?

Second, political tribalism. In a polarized environment, every factual statement becomes a weapon in an argument. When people come across a claim that questions their cultural identity, don’t be surprised if they don’t believe it.

We are all distracted. We all also have tribes: social if not political. We are all vulnerable to believing things that are not true

It is obvious that political polarization could shape our beliefs on issues of politics (do you approve of Boris Johnson’s handling of the pandemic?) And government (were the US elections fair?) And politics (should we provide a universal basic income?). But it also shapes our beliefs on seemingly unrelated scientific questions, such as whether humans are causing dangerous climate change or whether the human papillomavirus (HPV) vaccine is safe. Logically, the answers to these questions shouldn’t be biased left or right – but they do.

The HPV vaccine is a fascinating example. A team of researchers from Yale’s Cultural Cognition Project concluded that many Americans had very different opinions about HPV compared to the hepatitis B (HBV) vaccine. What explains the difference? They tended to learn more about HBV from their doctors, while they learned more about HPV from cable news. Not everything is polarized – but almost anything can be polarized, and it will be if a leading politician or media figure sees an advantage.

Distractions keep us from paying attention to what matters, and political tribalism pushes us to dismiss the evidence that puts our tribe in a bad light. Combine the two, add steroids, and you have the third element of the Age of Ignorance: conspiratorial thought.

Conspiracy thinkers devote enormous mental energy to extracting meaning from anecdotes. Overwhelming evidence can be dismissed as fake news fabricated by the conspiracy.

So can ignorance be banished? It is not easy. David McRaney, creator of You are not that smart podcast, and Adam Grant, author of Think again, each offers similar advice: don’t drive with the facts. Instead, build rapport, ask questions, and listen to the answers. (Needless to say, it’s a lot easier in a real conversation than on social media.) You won’t be able to bully someone outside of fringe views, but sometimes people talk to themselves.

That’s good advice, but my own recent work has a more modest focus. Instead of trying to enlighten someone else, I suggest that each of us start with our own blind spots. We are all distracted. We all also have tribes: social if not political. So we are all vulnerable to believing things that are not true. And we are just as vulnerable to denying or ignoring important truths.

We should all slow down, calm down, ask questions, and imagine that we could be wrong. It’s simple advice, but much better than nothing. These are also tips that are too easy to ignore.

To follow @FTMag on Twitter to discover our latest stories first. Listen to our podcast, Call for culture, where FT editors and special guests discuss life and art during the coronavirus era. Subscribe on Apple, Spotify, or wherever you listen.