What the US joins the Paris agreement means for climate policy 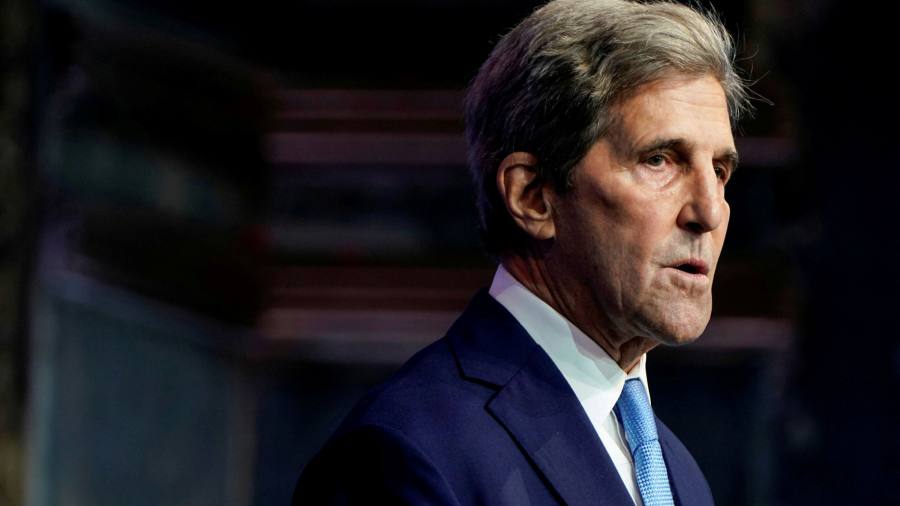 
The day after US President Joe Biden’s decision to join the international climate agreement, his climate czar John Kerry made a strong call for global action and said “failure is just not an option. “.

In his first address as Presidential Climate Envoy, Kerry underscored the need to step up the pace of global decarbonization and said the United States would “move forward with a combination of humility and ambition ”.

“Achieving net zero global carbon emissions by 2050 will require a global transformation of the global economy,” he said.

In one of his first acts as president, Mr. Biden wrote to the UN to officially begin the process of re-joining the 2016 Paris Agreement – a decision that would take effect after 30 days. The signatories are committed to keeping global warming below 2 ° C compared to pre-industrial levels, with an ambition to limit this increase to 1.5 ° C. Currently, this level is around 1.2 ° vs.

Mr Kerry said Thursday that the new administration had recognized, “with pain and embarrassment”, the damage caused by Donald Trump’s “reckless” decision to withdraw from the Paris agreement. But a green transition would create “millions of jobs,” he said, and the world was facing “an unprecedented opportunity for wealth creation”.

Joining Paris was one of the main commitments of Mr. Biden’s climate campaign, alongside pledges to achieve net zero emissions ”not later than“2050 and up to decarbonize Electricity generation in the United States by 2035.

But the move is just the start of a long journey to reform U.S. climate policy, experts have said.

“It will take the whole government, working with the private and non-governmental sectors, to tackle this problem,” said John Podesta, former chief of staff in the Clinton administration and adviser to former President Barack Obama .

What does joining Paris mean?

The United States is due to come up with an emissions reduction plan, known as a Nationally Determined Contribution (NDC), with a target for 2030. But when that plan could be finalized and what it might say is not yet determined.

“The easiest part is getting to Paris,” said Alden Meyer, senior associate of the E3G think tank. The next step is to “propose an ambitious NDC for 2030, which has some reality for national action”.

Ahead of the UN climate summit in Glasgow in November, known as COP26, all Parisian signatories must submit revised and newly ambitious climate plans.

For the United States, this means going beyond its original goal, when it first signed on to the Paris Agreement, to reduce greenhouse gas emissions by 28% by 2025. compared to 2005 levels.

What happened to the 2005 agreement signed by the United States?

Since Mr. Trump did not ask for the original US pledge to be taken off the UN registry when he stepped down, that plan is still there, according to the organization.

The 2005 US pledge would likely act “like a placeholder” until a new plan can be crafted, said David Levai, former Paris agreement negotiator and researcher at the Institute for Sustainable Development and international relations.

This process could take several months, as it would require extensive consultation across the economy, such as unions, business groups and local government, he said. The challenge would be to present a plan that is both sufficiently ambitious and equally credible, he added.

While the COP meeting in November is a difficult deadline, experts said the administration would like to publish its goals and roadmap to achieve them several months before that date.

“I don’t think they want to wait too long,” said Kelly Sims Gallagher, professor of energy and environmental policy at the Fletcher School at Tufts University, as U.S. officials would like to take a leadership role in encouraging d ‘other countries to “improve their own goals”.

Enforcing tougher domestic laws and reversing Trump-era rollbacks will be essential if the United States is to set a credible climate target, experts say.

Biden got the ball rolling on Wednesday by removing the license granted to the Keystone XL pipeline from the United States to Canada.

He also issued a sweeping executive order that directed government agencies to “immediately review and take appropriate action” to deal with Trump-era regulations and executive orders “that were harmful to public health, harmful to environment, not supported by the best available science or otherwise not in the national interest ”.

Researchers at Berkeley Law have identified nearly 200 Trump-era environmental setbacks that could be reversed, such as lowering vehicle fuel emission standards.

The Biden administration “is very likely to take the vast majority of these actions,” although it is a long process, said Ted Lamm, policy analyst at the Center for Law, Energy, and the Environment at Berkeley Law. The administration is “unfortunately in the position of having to undo a lot of things before [it can] make progress, ”he added.

Infrastructure spending in the United States

One area of ​​consensus could be spending on sustainable infrastructure and clean energy projects, which Biden says will be priorities. On Thursday, Kerry called for increased private investment in clean energy and said the role of business in helping resolve the crisis “cannot be overstated”.

Analysts say there is pent-up demand for infrastructure projects and they are likely to attract bipartisan support.

Mr Podesta said some Republicans had “embraced the idea that renewable and clean energy in particular is a significant investment in their own economy. I think there is an opportunity to find common ground.

What this means on the international stage

After four years of climate inaction, the United States has a lot to catch up.

The United States needs to get its domestic climate policies in order before launching its ambitions abroad, said Ms. Sims Gallagher of Tuft. This would require “a very strong dose of humility”.

“We don’t come to foreign policy from a position of strength,” she noted.

There has been a shift in the geopolitics around climate change since 2016, with China in particular playing a larger role following its 2020 commitment to be carbon neutral by 2060. US-China relations have deteriorated during the Trump presidency, and Mr. Biden has vowed to be tough on China throughout his campaign.

Jennifer Austin, director of champions strategy at COP26, said the climate talks could be “one of the pillars of rebuilding a better relationship” between the United States and China.