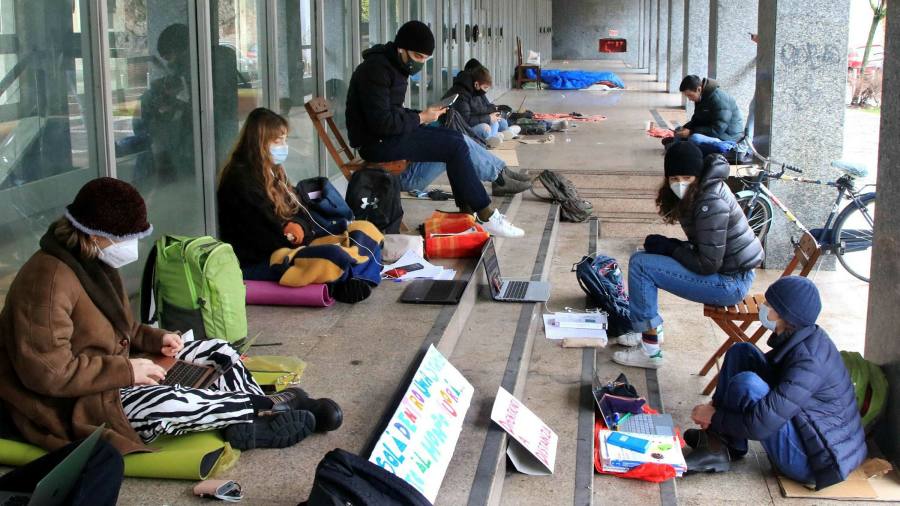 
The Italian Prime Minister has accused AstraZeneca of “serious breach of contract” for what he called an unexpected reduction in the number of doses of the company’s Covid-19 vaccine that will be delivered to countries in the European Union.

Giuseppe Conte said Italy would consider “all legal measures” after senior officials at AstraZeneca in Italy confirmed on Saturday that Italy would receive 3.4 million doses in the first quarter instead of 8 million.

Mr Conte’s anger at AstraZeneca adds to growing tensions between I governments and Covid-19 vaccine makers over delays in planned deliveries that have already prompted Italy to threaten legal action against BioNTech / Pfizer.

“These delays in deliveries are serious contractual violations, which cause enormous damage to Italy and other European countries with direct effects on the lives and health of citizens, and on our economic and social fabric already. strained by a year of pandemic, ”Mr. Conte said Saturday in a Facebook message.

European Union countries expected 100 million doses of the AstraZeneca vaccine to be delivered in the first quarter of 2020. But the company said its deliveries would be lower due to complications at a European manufacturing site.

Earlier this week, AstraZeneca privately warned EU countries that they should expect significant reductions in deliveries of the vaccine they expected. On Friday, the company said there was no “expected delay” but that initial shipments would be lower than previously predicted.

“We will deliver tens of millions of doses in February and March to the EU, as we continue to increase production volumes,” the company said.

Mr Conte said his health minister and the special commissioner responsible for the pandemic response in Italy spoke to senior officials at AstraZeneca in Italy on Saturday, who confirmed the reduction in deliveries in the first quarter.

“All of this is unacceptable,” he said. “Our vaccination plan, approved by the Italian Parliament. . . has been developed on the basis of contractual commitments freely agreed and signed by pharmaceutical companies with the European Commission ”.

Earlier this week, Domenico Arcuri, Italy’s Covid commissioner, said Italy expected a 29% drop in the number of BioNTech / Pfizer vaccine beyond this week.

“The vaccination campaign cannot be slowed down, especially when it comes to the administration of second doses to Italians who have already received the first,” said Mr Arcuri.

Italy has so far vaccinated 1.3 million of its population on Friday, more than Spain which administered 1.2 million doses but well behind the United Kingdom, which has vaccinated 5.8 million people so far. ‘now.

In terms of vaccines administered per 100 inhabitants, Italy is ahead of Germany, Switzerland and Portugal but behind Denmark, Spain and Ireland.