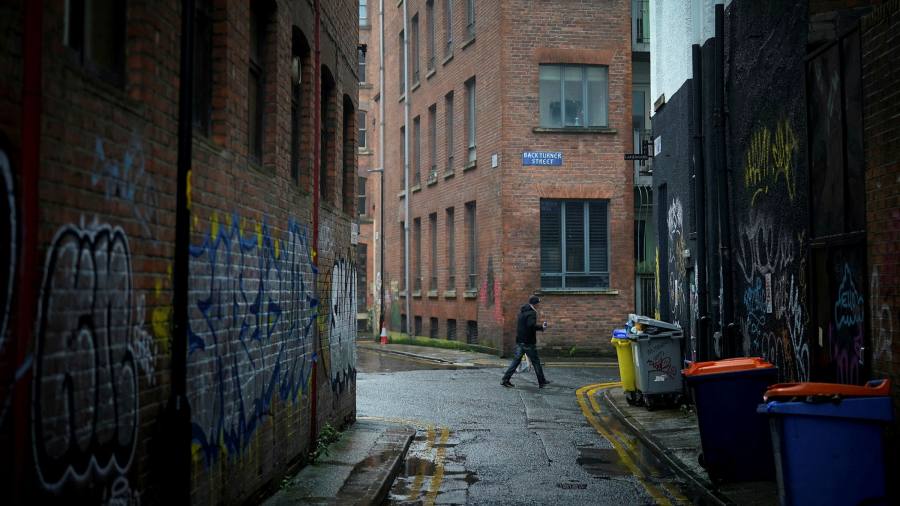 
The hinterland is in revolt. This has been a theme of much of the political commentary on Donald Trump’s election and the Brexit vote in 2016. In the UK, the idea was further reinforced by the Conservatives’ success in winning seats long since 2019 General Election – turn the “Red wall” blue. Suddenly, what an economic geographer Andrés Rodríguez-Pose calls them “places that don’t matter”: they were at the forefront of these populist rebellions.

The British government has promised a “levelFrom these places, as a way to reinforce the shift in political loyalty. The question, however, is whether the country has a well-defined problem, with clear solutions. The answer, alas, is no. He has neither. It might prove much easier to level the economy by destroying London. The indifference to the plight of London’s service industries in the Brexit deal suggests that the government might even like to do so, even though the deal’s impact on manufactured exports to the EU is likely to compensate for that.

The starting point should be an attempt to understand the problem. This turns out to be complex, on at least two dimensions: the place in relation to the people; and productivity versus consumption. On the old dyad, the question is whether to care more about places or people who currently live there? On the latter, the question is whether we should care more about what people do or how they live.

The distinction between productivity and income is essential. An article published by the National Institute of Economic and Social Research Last year, the UK is today one of the most geographically unbalanced countries in the industrialized world ”. Regional inequalities in output per capita are exceptionally large in the UK, with London far above the rest. This reflects the advantages of agglomeration and the costs of deindustrialization, reinforced by overly centralized governance.

Yet, perhaps surprisingly, as the Resolution Foundation and other pointed out that the distribution of real disposable household income, earnings and employment is much less unequal regionally than that of output per capita. Moreover, while regional inequalities in production per capita and per worker have tended to increase since 2000, those in income and employment have declined, at least before Covid-19.

This is due, in part, to the combination of a higher minimum wage and a higher job – a real success. In addition, housing costs are very uneven regionally. Thus, according to the Resolution Foundation, the regional variation in the real median disposable income of households, after the cost of housing, was at its lowest since the 1970s, before the pandemic. The UK also has regional household income inequality among OECD members.

Suppose, quite reasonably, that we care more about people than places and consumption than production. We will conclude that there is no big problem of regional inequality as such. The problem is poverty, which is a big problem everywhere, including London, with its high cost of housing and low real incomes for those dependent on minimum wages or state benefits.

The solution to poverty is for the government to provide the necessary resources for good education, health services, local government services and social assistance everywhere. It was a mistake to cut the money from local authorities, especially in the poorest areas, and reduce spending on investment and social protection, in the austerity programs imposed by the government after the financial crisis.

Yet this does not mean that regional productivity inequalities should be ignored, for three reasons. First, redistributing money from richer to poorer regions, in order to equalize consumption, is a burden on the former and one that the post-Brexit UK may be less able to afford. Second, the concentration of highly skilled people in a relatively small part of the country divides it culturally, in a very unfortunate way.

Last but not least, as the Niesr newspaper convincingly argues, a large economy cannot fly quickly with just one regional engine. The most important finding of the paper is that the UK has only one large city with high productivity and many cities with low productivity. Despite their size, these cities are no more productive than the regions around them.

Policy must therefore focus on developing what the late town planner Jane jacobs called “city-regions”. They must have the autonomy and the resources to create their own development paths. The aim must be to help UK city-regions to develop, but London must also be allowed to develop. The country will need all of its growth engines in the years to come.