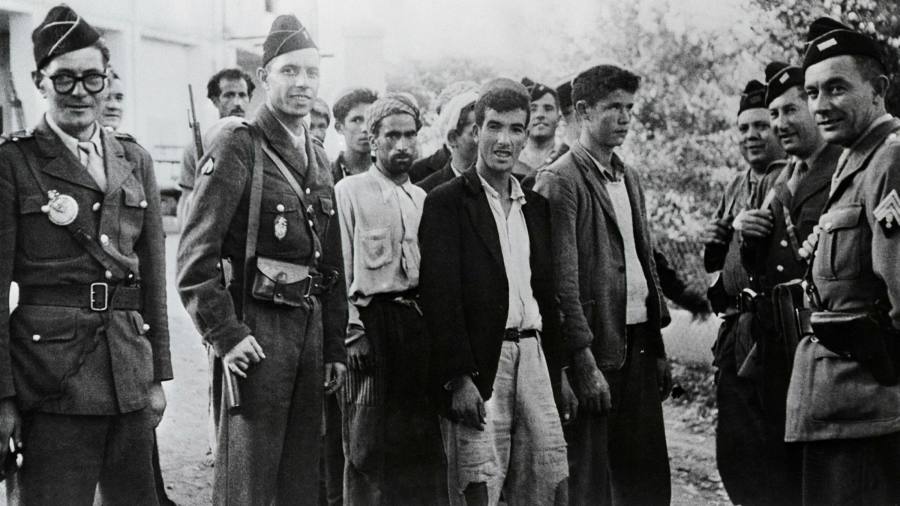 
French President Emmanuel Macron will set up a “memories and truth” commission to address the history of France’s colonial past in Algeria, but stopped before offering an official apology.

The commission was a central recommendation of a report presented to Mr Macron last week which marks a new attempt to try to come to terms with one of the most sensitive periods in French history.

Torture, disappearances and hundreds of thousands of deaths marked the Eight Years War which saw the establishment of the Fifth French Republic and led to the independence of Algeria in 1962. It remains a subject of profound division on both sides of the Mediterranean.

France is home to millions of people with ties to Algeria – including descendants of former French settlers and a sizable Muslim population – many of whom find themselves caught between competing identities. In Algeria, the reproaches in Paris are a way for a regime rooted in the independence movement to consolidate its legitimacy.

“I am surprised every time I see young Algerians. . . hate France more than my parents, who lived through the suffering of colonization ”, declared Kamel Daoud, author and journalist living in Oran.

The report aiming at a “reconciliation of memories” between Algeria and France was written by historian Benjamin Stora, child of a Jewish family who fled Algeria at independence.

An account with what happened during the war is slow to arrive in France. Algeria has long been considered part of French soil rather than a colony, and until 1999 the French parliament did not officially recognize the notion of “Algerian war”. It was only afterwards, as Mr Stora says, that “memory began to accelerate”.

In 2003, during a state visit to Algeria, President Jaques Chirac called the war a “tragedy”. His successor Nicolas Sarkozy, in Constantine in 2007, spoke of the “injustice” of the “colonial system”. And in 2012, President Francois Hollande recognized the “brutal” nature of these 132 years of occupation.

As a presidential candidate in 2017, Mr. Macron called colonization a “crime against humanity”. And in 2018, he became the first French leader to publicly recognize the state’s role in torture during war.

But, said the Élysée, the official apology remains on the table, despite Algerian demands. “We’ve already had half the apologies. The next step is necessary. . . we are waiting for it ”, Abdelmadjid Tebboune, the Algerian President, told France 24, the French channel, in July.

Apologizing remains politically sensitive in France. “For the left and the right, there is a feeling of hurt nationalism linked to what happened in Algeria,” said Dominique Reynié of the Fondapol think tank.

The formative political experience of Jean-Marie Le Pen – who led the French far right before giving in to his daughter Marine – was a parachutist in Algeria.

Mr Stora, who will also head the commission, argued that “rather than ‘repent’ France should do it. . . recognize the discrimination and the abuses suffered by the Algerian people ”. He recommended more than 20 “practical” acts, including the opening of the official archives.

Arthur Asseraf, a French historian of North Africa at the University of Cambridge, believes France should apologize – not for its relations with Algeria, but rather to ensure that crimes committed under colonization will not recur.

He said the war had had an “undeniably terrible” impact on civilians, millions of whom were forced to leave their homes and villages in rural areas because France wanted to “separate” the Guerrillas from the Front de. national liberation.

Nacer Jabi, a sociologist at the University of Algiers, said Algerians did not need an apology because “we know what we have been subjected to in terms of colonization, murder and looting. It is the French who need excuses to get rid of this colonial heritage ”.

He added: “I don’t think Algerian officials are serious about asking for an apology. It’s just a populist ploy that they use when the pressure builds on them, ”he said.

Zohra Drif, an icon of the War of Independence imprisoned by the French for her role in the 1956 bombing of a cafe frequented by Europeans, also rejected the search for excuses. “I never understood this request,” she says. “We defeated France and took revenge for the defeats she had inflicted on us after more than a hundred years of intermittent wars.

Since independence, France and Algeria have maintained complex relations which have periodically led to diplomatic tensions, even if the links remain deep.

Algiers is sensitive to anything that could be interpreted as criticism or interference from France. Last year there was a brief diplomatic split sparked by a French television documentary on Algeria’s anti-government protest movement. Mr. Tebboune said his country “will not accept any interference or trusteeship” from abroad.

Analysts said the report is not expected to lead to any immediate change in the relationship between the two countries.

“I think that for France, it is extremely important because we cannot continue to deny the memory of this period”, declared Luis Martinez, specialist in North African politics at Sciences Po. “On the other hand , if the objective is a report which could allow reconciliation between Algeria and France, then, very clearly, no, that will not do it.