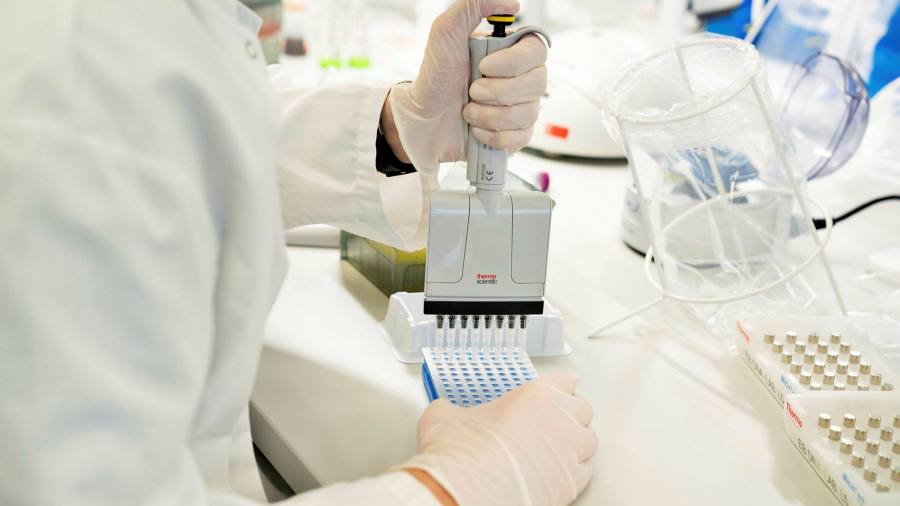 
Investors and policymakers fail to understand how the new variant of the coronavirus will harm the European economy, has warned Element Capital, one of the world’s largest macro-hedge funds.

Expectations for economic growth must be reduced as the B.1.1.7 coronavirus variant spreads beyond UK borders, and lockdowns across the continent could extend months beyond current estimates, said the fund’s head of markets, Colin Teichholtz, in an interview.

“What you see in the UK today you will see in much of mainland Europe, and I don’t think the markets[and]. . . policy makers really understand it, ”said Mr. Teichholtz. “Do decision makers understand this? Are people updating their economic forecast for the second quarter to reflect a much worse outcome in terms of reopening the economy? There is very little guidance on this in the forecast. ”

Element emerged as one of the hedge fund success stories of the pandemic crisis, betting early that the BioNTech and Pfizer vaccine would be more effective than the larger market expected. The fund returned 18.8% last year and has never reported a year down since billionaire Jeffrey Talpins launched the fund in 2005.

Mr Teichholtz’s pessimistic outlook stemmed from a weak vaccination rate across the EU, with countries such as Germany, France and Spain are lagging behind the pace of vaccinations in the US and UK.

British Prime Minister Boris Johnson warned friday that the new variant could be deadlier and more infectious than the previous wave of the virus.

“This set of assumptions must be shifted by at least a quarter and it’s still three months of people stuck at home, dismissals, many companies. . . not be able to function, ”he added.

He warned that lockdowns could last until June if policymakers do not take more aggressive measures across the continent to contain the virus soon.

The senior member of Element’s portfolio management team, who joined the company from BlueMountain Capital in 2019, declined to comment on the fund’s positioning. Last August, Mr. Talpins tells clients the fund was then betting on a fall in European equities and had taken a “significant short position”.

Mr Teichholtz said the sustained pace of vaccinations in the United States would likely isolate the country from the same outbreak he is considering in Europe. Equity markets in both regions continued to advance this year, with the benchmark Euro Stoxx 600 slightly above the S&P 500.

“I don’t think it’s crazy for the long-term markets to feel good. . . and the central banks have certainly made it clear, at least for the foreseeable future, that they will keep a very simple policy, ”he said.

“That being said, I would say whatever your assumption about global growth for the first half of 2021 is, you should probably lower that assumption a bit due to the likely impact in Europe.”