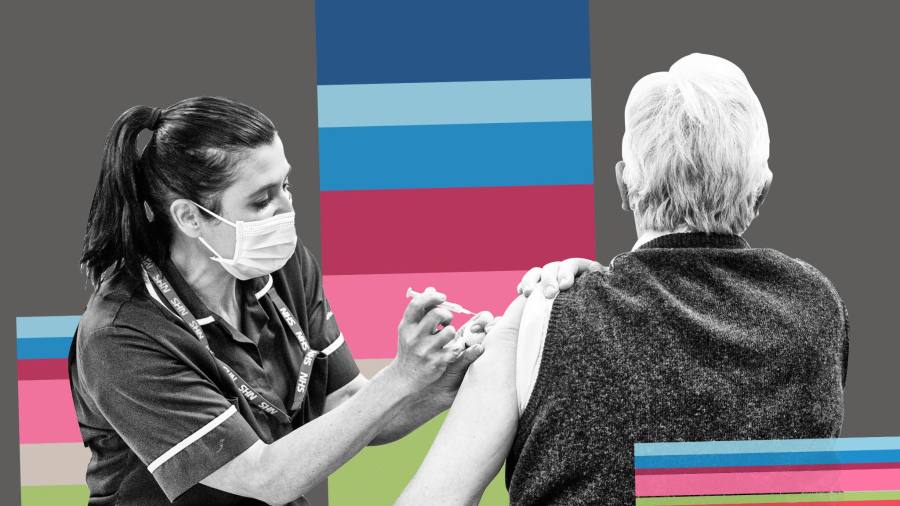 
The EU’s vaccine procurement strategy comes under scrutiny after member states struggled to roll out rapid vaccinations in the first few weeks of the year, falling behind the UK and United States in early race to vaccinate citizens against Covid-19.

The widening gap has sparked growing anxiety in European capitals, especially as already strained vaccine supplies suffered further setbacks. In the latest blow to vaccination plans, EU officials said on Friday AstraZeneca first quarter deliveries were likely to be cut by more than half because of what the company had warned: reduced capacity in its EU supply chain.

EU officials said the bloc will hold talks with AstraZeneca on Monday with the aim of ramping up production.

The US, UK and EU have all ordered or opted for a similar number of vaccines per capita – more than five doses per person. But by speeding up approval processes, betting on some manufacturers and not others, and in the case of the UK and US, investing more up front to help companies build capacity development and production, London and Washington got off to a faster start than Brussels.

In total, the UK and US each spent around seven times more upfront, per capita, on vaccine development, procurement and production than the European bloc, according to data collected by Airfinity, a London-based life science analysis company.

While the figures include different types of funding and may not be exactly comparable, the data suggests that EU member states should have used more economic firepower earlier to fund upgrading factories and suppliers. of vaccine raw materials, said Rasmus Bech Hansen, CEO of Airfinity.

“It’s tricky, but I just think there are special circumstances in a pandemic,” he said. “Everything is a compromise and the timing is so critical – weeks and months mean a lot.”

The European bloc has also been hampered by slower regulatory approvals. The main BioNTech / Pfizer vaccine was signed in the UK on December 2, in the US on December 11 and in the EU on December 21. Washington and London have shortened the process by granting emergency clearances, in which the government takes the risk of product liability away from the manufacturer.

Likewise, the EU later adopted the revolutionary mRNA technology behind the vaccine. The UK and US placed additional orders for the BioNTech / Pfizer jab a few weeks after the encouraging first results of its trial in July. Brussels did not make its agreement until November. EU officials say the lag is due to necessary and rigorous discussions on issues such as liability.

A lack of transparency around delivery schedules in each bilateral vaccine agreement makes it difficult to know exactly how many doses each region has received or when they can expect more.

EU member states reacted with particular alarm this month when Pfizer and BioNTech said they needed to temporarily cut supplies in order to increase production in the future. Pfizer insisted it would make up for the shortfall and honor the total first-quarter deliveries it committed to. Still, the disruption – compounded by news of delays in deliveries from AstraZeneca – has fueled fears of shortages.

The EU, which has deals for more than 2 billion doses of eight vaccines, said it expects manufacturers to significantly speed up deliveries to member states only from April. It now has combined orders for 760 million doses of the two-dose BioNTech / Pfizer and Moderna vaccines, but only 355 million of those vaccines are expected to be delivered by September. So far, the European bloc, which has a population of nearly 450 million, has received around 3.5 million doses of the BioNTech / Pfizer vaccine per week, according to European officials.

In the UK, where 67 million people live, the government has increased vaccinations using jabs from BioNTech / Pfizer and AstraZeneca. It has also not released details on the timing of future supplies. AstraZeneca is said to be set to deliver an average of 2 million doses per week for the rest of the year, although this is likely to vary from week to week, according to people familiar with the matter.

The EU could benefit from an increase in supply later in the year, once Moderna, the American biotech company, increases production. The EU has ordered 160 million doses, while the UK has only purchased 7 million. EU officials hope their strategy of purchasing moderate amounts of a range of vaccines will pay off over time as more come into use.

Lawrence Gostin, professor of public health law at Georgetown University in the United States, said the competition between high-income countries chasing the initial production of relatively scarce vaccines had been “unhealthy”, creating inefficiencies and leaving the poorest countries behind.

As limits on manufacturing capacity begin to constrain supply further, Professor Gostin said timing and geography will be crucial in determining who gets served first.

“Pharmaceutical companies are deploying vaccines outside of their manufacturing facilities, and they are likely to donate these vaccines, based on two conditions,” he said. “What are the oldest and most binding contracts and. . . realpolitik: if you are located in a country. “

Additional reporting by Clive Cookson and Anna Gross in London.