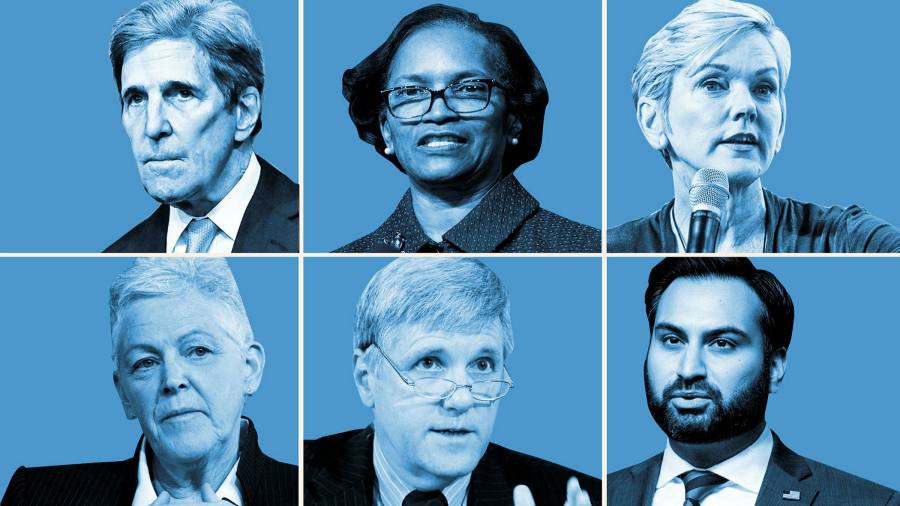 
In the first week of his presidency, Joe Biden is expected to sign another round of executive orders to tackle climate change as one of the new administration’s top four priorities, along with Covid-19, the economic crisis and racial justice .

A newly assembled mainly veteran team will be tasked with implementing the orders, after Mr Biden sets the agenda on his first day on the job by taking action to join the Paris climate agreement and cancel the Keystone XL pipeline which would import oil from Canada’s tar sands.

The overwhelming majority of Biden’s new climate team are former members of the Barack Obama administration – as are many other cabinet appointees and appointees who have joined Mr. Biden’s team.

Here are those who will be at the forefront of the political battle.

John Kerry, special correspondent on climate change The former Democratic presidential candidate and secretary of state under Barack Obama, 77, returns to the federal government in what will likely be his swan song. By creating the role of climate change envoy with a seat on the National Security Council, Biden said he would give Kerry ample leeway to help him drive his ambitious climate agenda using his experience. of foreign diplomacy. Joining the Paris climate accord will be the first on Mr. Kerry’s agenda, closely followed by new initiatives to help the United States meet its net zero emissions target by 2050 , and to reinstate some of the climate policies dismantled under the Trump administration. In his first speech last week, Kerry marked his approach by issuing a global call to action while recognizing that the United States should “move forward with a combination of humility and ambition” . He will work closely with Gina McCarthy, who will be the White House’s first climate adviser.

Gina McCarthy, National Climate Advisor The outspoken Boston native was the administrator of the Environmental Protection Agency under Barack Obama. Ms McCarthy, 66, will lead the new White House Climate Policy Office. She not only brings her experience to the EPA, but an experience that includes serving as an environmental advisor to five governors, including Mitt Romney when he was Republican governor of Massachusetts. Prior to her confirmation as an EPA administrator, a role she held from 2013 to 2017, Ms McCarthy showed her steadfast approach as she faced a lengthy nomination hearing with several Republican lawmakers retaining the vote in order to block its confirmation. In 2015, two dozen members of the Republican House introduced a resolution to impeach her, which ultimately failed. In the White House, McCarthy is expected to work quickly to reinstate many of the Obama-era policies she oversaw at the EPA that were dismantled under the Trump administration. These backtracking, she said, were “not well written”.

Jennifer Granholm, Department of Energy The 61-year-old former Democratic governor of Michigan and a member of the cable news has championed renewable energy since leaving the governor’s office in 2011. While she was Michigan’s first female governor, Ms. Granholm has forged a close relationship with the Obama administration. and oversaw the recovery of the Rust Belt state from the recession and the auto industry bailout in 2009. Since then, Ms. Granholm has focused on the intersection of renewable energy and the creation of jobs. As part of her recently released government disclosure forms, Ms Granholm and her husband declared between $ 1 million and $ 5 million in stock options from Proterra, an automotive and energy storage company that manufactures electric buses. Ms Granholm currently sits on the company’s board of directors, a post she says she will step down once confirmed as Mr Biden’s energy secretary.

Ali Zaidi, deputy national climate advisor In his early 30s, Mr. Zaidi assumed the role of New York State’s Ms. McCarthy’s delegate where he served as Governor Andrew Cuomo’s climate policy and finance chair. Previously, he served two terms in the Obama administration: in the Department of Energy, the White House, and the Office of Management and Budget, working in a variety of climate-related roles, and worked on issues involving energy, agriculture, infrastructure, conservation. and technology. His family moved from Karachi, Pakistan to a small town on the shores of Lake Erie in Pennsylvania when he was five. An admiration for George W Bush led him to knock on the door of the Republican Party until he was inspired by the election of President Obama. Harvard was educated, he practiced law as well as in academia.

David Hayes, Special Assistant to the President for Climate Policy Mr. Hayes, 67, arrives at Biden’s White House with experience in the Obama and Clinton administrations, as assistant secretary in the Home Office. He was a policy advisor on Biden’s transition team and during the Trump presidency he taught at New York University School of Law and previously was a lecturer at Stanford Law School in California. During his time in the Obama administration, Hayes focused on the Home Office’s renewable energy development plans, particularly the impact of climate change in the Arctic.

Brenda Mallory, White House Council on Environmental Quality An environmental lawyer, Ms. Mallory, 64, has served as general counsel at CEQ, which is a division of the President’s office and coordinates federal environmental efforts for major infrastructure projects, including pipelines and the highways. Under Barack Obama, she focused her efforts on policies to reduce carbon emissions and pollution as well as protect public lands and monuments. A veteran in the field, she has spent much of her career as an attorney with the Environmental Protection Agency, and has also worked for the Conservation Litigation Project and the Southern Environmental Law Center. She will be the first black head on the board. 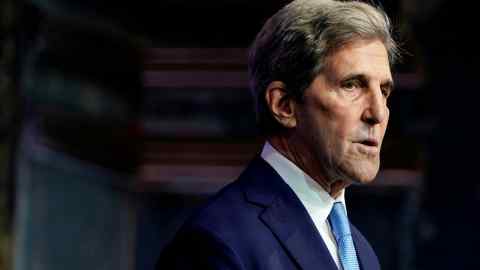