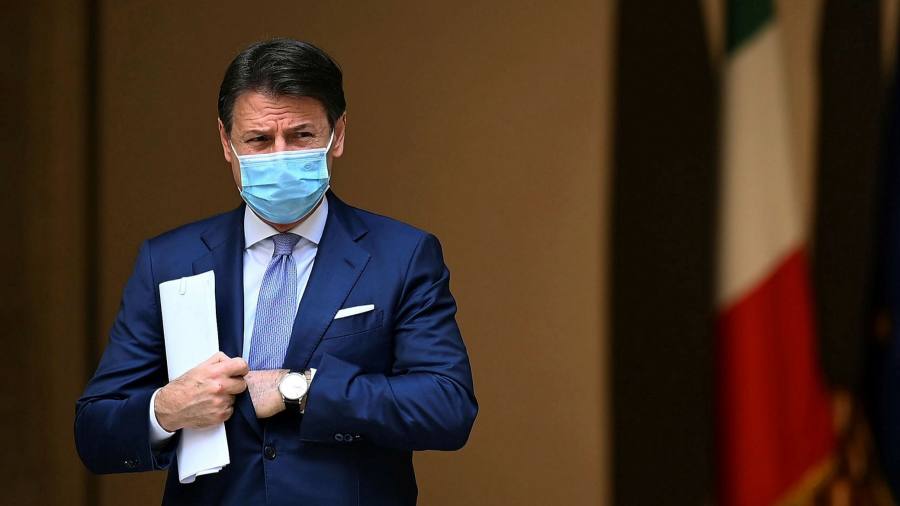 
Italian Prime Minister Giuseppe Conte will resign on Tuesday in an escalation of political instability that has enveloped the country as he battles both the Covid-19 pandemic and a brutal recession.

Mr. Conte will see his ministers on Tuesday morning to inform them of his decision, then meet with Italian President Sergio Mattarella to offer his resignation, according to a government spokesperson.

He is then expected to attempt to form a new government within the existing parliament after his current coalition has been stripped of his majority by the resignation of a junior party at the beginning of the month.

However, as Mr Conte does not have his own political party, having been a political stranger before being unexpectedly appointed Prime Minister in 2018, he will have to count on the continued support of the leaders of the two largest parties in his coalition. current – the Five Star Movement. and the Democratic Party.

Immediately after the confirmation of Mr. Conte’s plans to resign, Nicola Zingaretti, leader of the Democratic Party, reiterated his support for the Prime Minister. “A new government with Conte which is clearly pro-European and supported by a broad parliamentary base,” he wrote on Twitter.

Last week Mr. Conte narrowly survived a vote of confidence in the Italian Senate, but his coalition government was left without a majority, meaning it would struggle to pass meaningful legislation in times of national crisis.

The decision to resign from Mr. Conte comes before a vote in the upper house on Wednesday that he risked losing, which would have forced his resignation.

This vote was motivated by the resignation of the small Italia Viva party of former Prime Minister Matteo Renzi from the coalition of Mr. Conte, stripping him of his majority in the Italian Senate.

Mr Renzi blasted Mr Conte’s handling of the Covid-19 pandemic and said he was leaving government to force a reset on how the country’s recovery is being handled.

If Mr. Conte is not in a position, after his resignation, to form a new majority, then Mr. Mattarella will ask the leaders of Italian political parties to find a solution without him, which means that Italy would have a new Prime minister to fight the pandemic.

Another possibility would be to form a broader coalition of “national unity” between the current coalition parties and the right-wing opposition, which could be led by a technocratic prime minister with a mandate to pull Italy out of the crisis. current.

New general elections, which only the Italian president has the power to call, are considered unlikely at this stage due to the difficulty of organizing them during the pandemic.