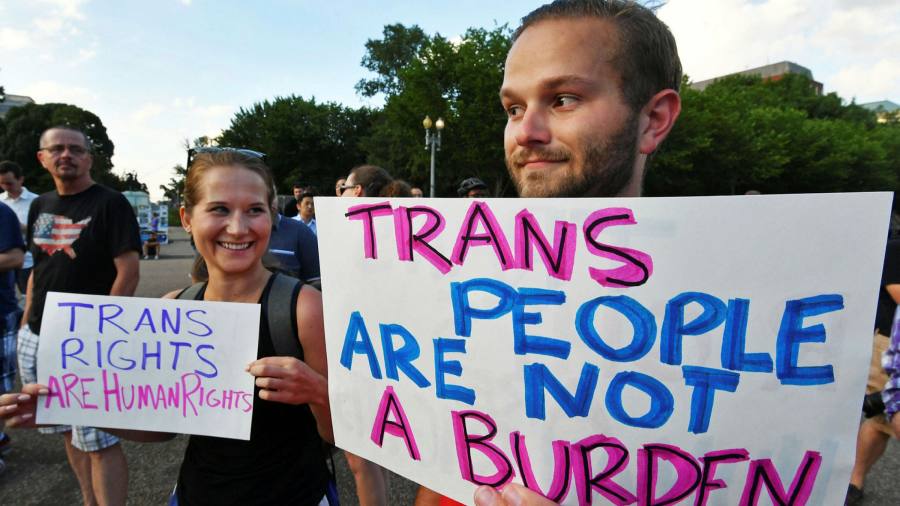 
Joe Biden’s administration is overturning a Donald Trump-era ban on transgender people from serving in the military, calling it “the right thing to do” and in the national interest.

“President Biden believes that gender identity should not be a barrier to military service and that America’s strength lies in its diversity,” the White House said in a statement announcing the decision.

Mr Biden’s executive order on Monday fulfills a campaign pledge to revoke Mr Trump’s ban. It’s the latest move by the new administration to quickly undo much of Mr. Trump’s legacy at home and abroad.

“America is stronger, at home and around the world, when it is inclusive. The military is no exception, ”the White House statement said.

Mr Biden has pledged to promote diversity through his policies and within his cabinet. His choice as Defense Secretary Lloyd Austin, is the first African-American leader of the Pentagon in US history. Mr Biden also chose Rachel Levine as assistant secretary for health, who would be the first openly transgender federal official to be confirmed by the Senate.

Mr Austin said he fully supports Mr Biden’s decision and that his department will update its policy to ensure that people who identify as transgender are eligible to enter and serve in accordance with their self-identified gender. over the next 60 days.

“These changes will ensure that no one will be separated, dismissed from their post or refused re-registration, solely on the basis of their gender identity,” he said. The revised policy would also ensure that all medically necessary transitional care permitted by law was available to all members of the service, he added.

Mr. Trump first ordered the ban on transgender people in a trio of tweets in 2017 that took senior Pentagon officials by surprise shortly after the Obama administration lifted the ban. The Department of Defense subsequently ruled that transgender service would be limited to only those pre-transition, among other restrictions, in 2019.

Mr Trump claimed that having transgender servicemen “would overwhelm” the military with “enormous medical costs and disruption”, and that the US military must focus on a decisive and overwhelming victory.

Senior military leaders later told Congress they were not aware of any issues resulting from transgender people serving openly.

A 2016 study commissioned by the Department of Defense found that allowing transgender people to serve openly had no significant impact on operational effectiveness or unit cohesion in foreign armies. This would have only minimal impact on military readiness and health costs, the study concludes.

Palm Center, an independent institute that conducts research on sexual minorities in the military, estimated in 2018 the number of transgender members of the US military service at 14,700 before Mr. Trump took action to ban them.

Academics at the institute argued in a report last year that the ban undermined military readiness because it undermined recruitment, unit cohesion, morale, and the discipline. The institute also found that the Pentagon spent a tiny fraction of its health care budget on gender transition during the few years it was legal.