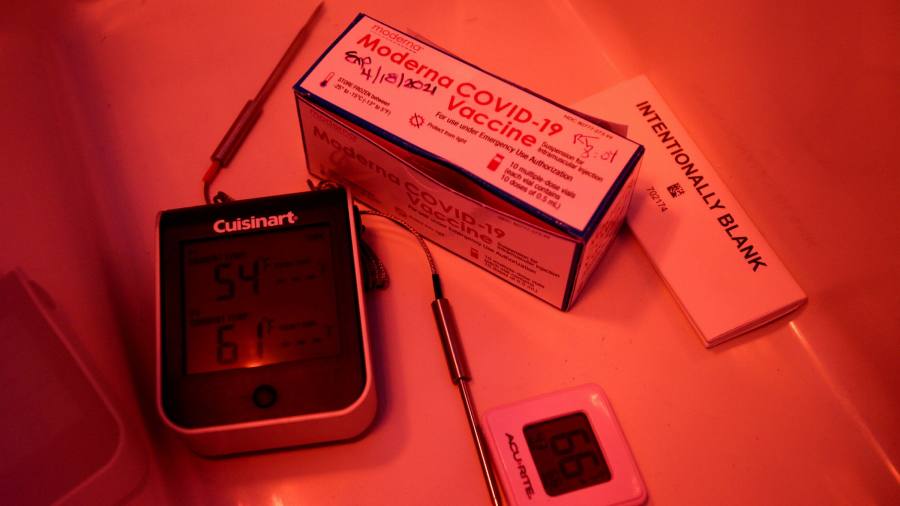 
Moderna is launching a trial of a new Covid-19 vaccine as the US biotech group has warned its current vaccine is less effective at tackling the strain that has emerged in South Africa.

Lab tests show Moderna’s Covid-19 jab still works against the variant named 501.V2, which emerged in South Africa, and B.1.1.7, which was first discovered in the UK , the company said.

But he warned that the neutralizing antibody response to 501.V2 was six times lower than that of the original variant, raising concerns that immunity to the latter could decrease dramatically, especially in the elderly. .

Stéphane Bancel, chief executive of Moderna, said the company was preparing for the “worst case scenario” even though he had “no concerns” about the vaccine’s effectiveness in the months to come.

“If something needs to be done in the summer, we’ll do something, but we can’t be late,” he told the Financial Times. “We don’t want the virus to win, we want the human race to win.”

Moderna is the first vaccine maker to announce a recall trial against a new variant, having cleared its initial injection across the world, including the US, EU and UK. Its messengerRNA technology can be quickly adapted to new variants.

The company is working with the US National Institutes of Health on the trials. Mr Bancel said a few thousand trial participants would receive a booster shot, split into two groups: one to get the original vaccine again and another to get a new vaccine formulated to target 501.V2. The trial will also test the dose needed for a booster.

Regulators may be able to approve a new vaccine simply on the basis of a “bridging study,” which examines participants’ antibodies to the new variant after taking a booster, rather than a lengthy Phase 3 trial. , which counts the number of people developing Covid-19 in each test arm.

the BioNTech / Pfizer vaccine also works against B.1.1.7 but did not announce test results against the variant that appeared in South Africa.

A group of scientists from South Africa said this month that vaccines may be less effective against the 501.V2 strain because it has an additional mutation in a key part of the spike protein that the virus uses to penetrate in human cells.