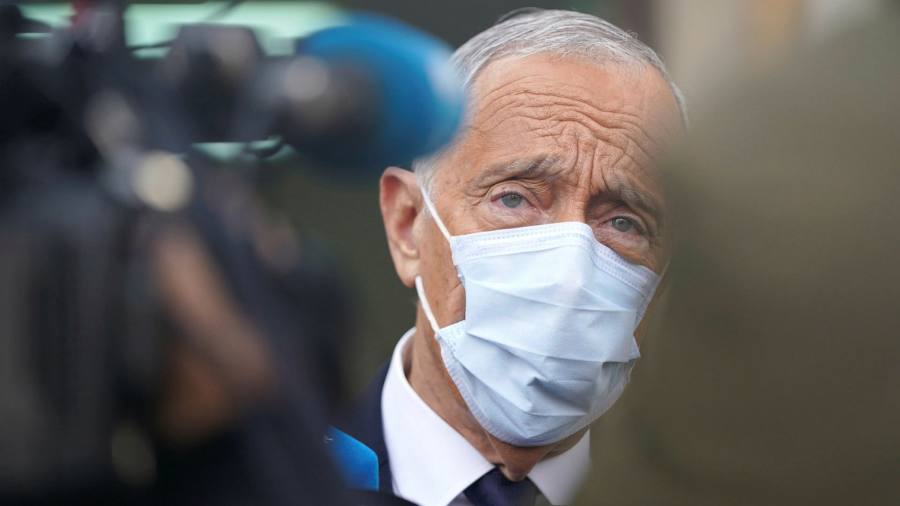 
Portugal’s center-right president was re-elected on Sunday by a comfortable majority for a second five-year term after a campaign waged amid one of the world’s worst coronavirus outbreaks.

Marcelo Rebelo de Sousa, former leader of the Social Democratic opposition (PSD), had polled nearly 61% of the vote with only two quarters to count, winning an outright victory without having to face a second ballot .

Ana Gomes, a member of the ruling Socialist Party (PS) as an independent, won the second largest share of the vote, with almost 13%, slightly ahead of André Ventura, leader of Chega (Enough), a populist party of right.

Citing the need for political stability, Rebelo de Sousa has supported the minority PS government of Prime Minister António Costa for the past five years. The PS did not present its own candidate, a strategy widely interpreted as signaling indirect support for the president’s re-election.

In a victory speech, Mr. Rebelo de Sousa said the country’s most urgent task is to fight the pandemic. “The best way to pay homage to the dead is to take care of the living and recreate Portugal with them,” he said.

Mr Ventura, who heads the first right-wing populist group to emerge in Portugal, won nearly 12% of the vote, compared with the 1.3% his party polled in a parliamentary election in 2019, when he was the first and only Chega politician to be elected.

The turnout is expected to be below 40%, a record high in a presidential election. A drop in the percentage of voters had been widely predicted for a poll held during a nationwide lockdown amid the worsening health crisis.

In the week before the elections, Portugal reported the highest daily averages in the world for new coronavirus cases and deaths per 100,000 population, according to data compiled by Johns Hopkins University.

As voters wearing masks formed socially distant queues at polling stations, health officials reported 275 deaths from Covid-19 in the previous 24 hours, the highest daily number of deaths since the start of the pandemic.

Some candidates had been willing to postpone the election and nearly two-thirds of voters believed it should have been postponed, according to a recent poll.

However, Mr Rebelo de Sousa, with the support of a majority of political parties, said there had not been enough time to effect the constitutional change that a postponement would have required.

Pressure is also mounting for a constitutional change that would allow postal voting and other forms of remote voting, which are currently banned in presidential elections.

Election volunteers wearing protective gear collected the votes of thousands of people in quarantine. Almost 200,000 people out of more than 10 million registered voters took advantage of a special measure allowing people to vote at polling stations one week in advance.

A large number of Portuguese emigrants, who would have had to travel long distances to vote in person in the consulates of the countries where they live, are also said to have stayed at home.

The Portuguese president can dissolve parliament, call general elections and appoint prime ministers – powers that could prove crucial to the survival of the PS government in the midst growing divisions within the left pact who supports him.

Share
Facebook
Twitter
Pinterest
WhatsApp
Previous articleWhy did the Packers kick? Matt LaFleur criticized for field placement at the end of the fourth quarter
Next articleNRL News | Season preview for the Wests Tigers, The Mole
- Advertisement -