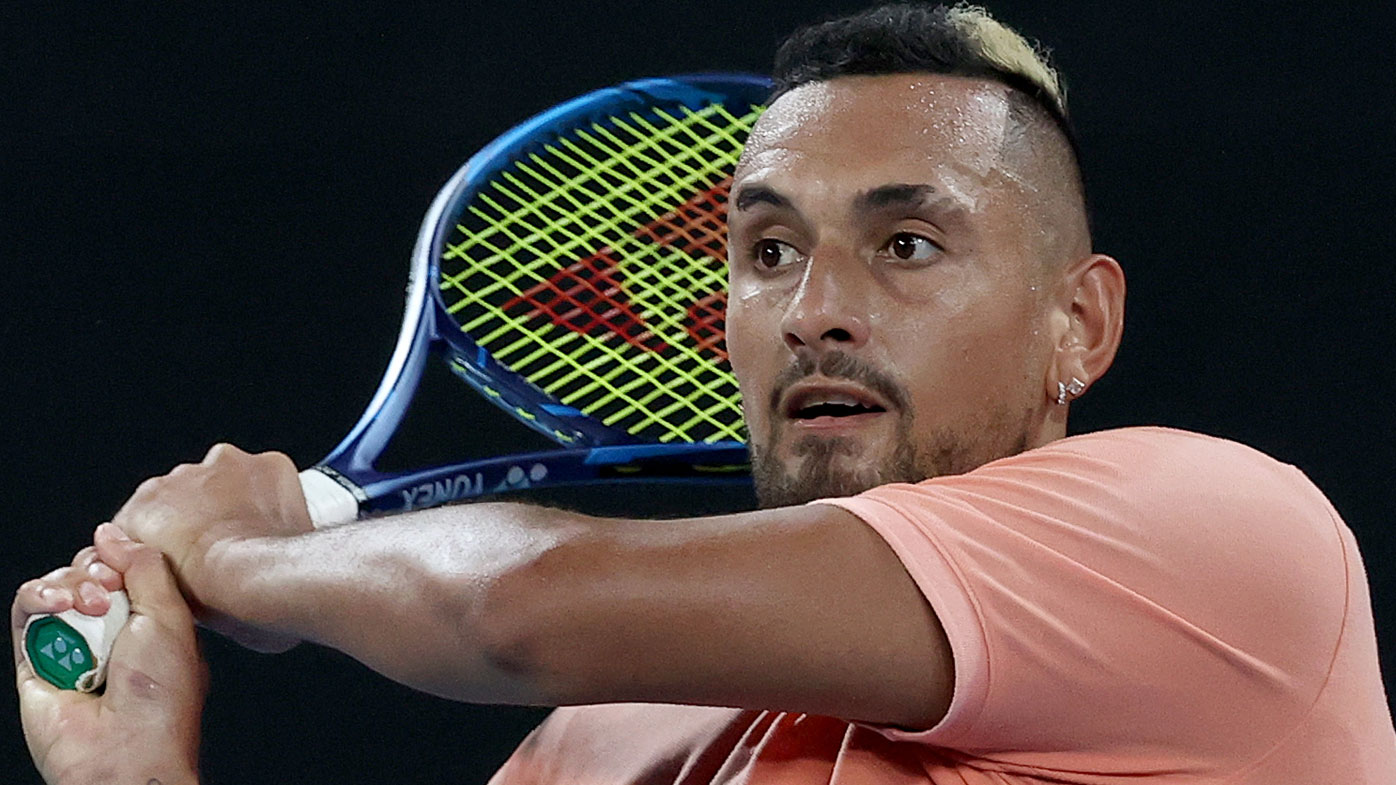 
Tennis star Nick Kyrgios says he’s safe playing this year open from Australia, as he downplayed complaints from other stars who are in quarantine ahead of the Melbourne tournament – and called Novak Djokovic.

Already delayed by three weeks, the first Grand Slam of the season begins on February 8, although 72 players have been confined to their hotel rooms amid a number of positive tests on their flights to Australia. Players who are not in quarantine are allowed to train for up to five hours a day.

This has led a handful of players to express their frustration with the difference in preparation that the competitors are going through before the tournament.

However, Australia’s Kyrgios, who has apparently reinvented himself after a number of run-ins with tennis authorities in recent years, says conditions for these players are still “pretty good”.

“At the end of the day, it’s just a tennis tournament we’re playing and I don’t think it should bypass health protocols and put other people at risk.

“[The players] knew when they got here what the restrictions would be … so there is no real complaint in my opinion. I think if everyone were to tackle the pandemic like Australia has done, we would be in a very different position. “

Australia has recorded 28,777 cases of COVID-19 to date, with 909 deaths linked to the virus, according to Johns Hopkins University.

“ AS A COUNTRY, WE COME TOGETHER ”

As cases continue to rise across the world, Australia has managed to stay on top of the virus after implementing a number of restrictions last year.

Melbourne, Australia’s second most populous city, was stranded for 111 days and many were unable to leave their homes for extended periods of time. Kyrgios doesn’t want to see this hard work go to waste.

The organizers of the Australian Open have worked with local authorities to ensure a strict bubble around who will take part in next month’s event and have made no apologies for the restrictions put in place. They also scheduled a new warm-up tournament for players who were unable to train during quarantine.

“I think as a nation Australia has handled the pandemic really very well. As a country we have come together and we have done a good job,” added Kyrgios, who missed the US Open. last year amid COVID-19 fears.

“In Melbourne, with obviously the bubble, they did an incredible job there. The authorities are not giving up and [are] make sure everyone follows the rules.

“I actually feel pretty safe. I didn’t really feel safe last year, traveling and playing overseas, I thought it was a bit too early to play.

“I think now the conditions are safe enough and everyone is going to work together and make sure we do it the right way.

“I don’t want to put anyone else in danger. I have loved ones that I don’t even want the chance to expose to COVID, so I think it’s pretty safe.”

During a heavily disrupted season last year, Kyrgios has become a ‘moral’ voice within the tennis community, hold professional colleagues accountable for their behavior during the pandemic, including world No.1 Novak Djokovic, who organized the Controversial Adria tour in June.

A host of stars, including Djokovic himself, tested positive for COVID-19 after participating in the tournament, which drew large crowds and had limited social distancing.

Kyrgios criticized the event at the time and says it’s important for him to speak up, especially when it comes to someone of Djokovic’s stature, who later apologized for hosting the Adria Tour event last year.

“I think that’s very important, especially one of the leaders in our sport. He’s technically our LeBron James,” said Kyrgios, 25, comparing Djokovic to the big NBA.

“I think when he was doing some of the things he was doing during the global pandemic it just wasn’t a good time.

“I know everyone makes mistakes. Even some of us slip up sometimes but I think we have to hold each other accountable.

“I don’t do any of this to get media attention, these are the moral values ​​I grew up with. I was just trying to do my part.”

Djokovic, head of the Association of Professional Tennis Players, recently sent a list of proposals to Craig Tiley, CEO of Tennis Australia, who is said to have relaxed restrictions on quarantining players ahead of the first Grand Slam of the year.

It was a gesture that sparked criticism, with Kyrgios calling Serbian a “tool” on Twitter. Djokovic says his “good” intentions have been “misinterpreted” by the media.

“I use my privileged position to serve as much as I can where and when necessary,” Djokovic wrote.

“There were a few suggestions and ideas that I gathered from other players in our discussion group and there was no harm in trying to help.”

The Australian government on Monday suspended non-quarantine travel for New Zealanders arriving in Australia for at least 72 hours, after a South African variant of Covid-19 was detected in a woman after 14 days of quarantine in New Zealand. -Zeeland.