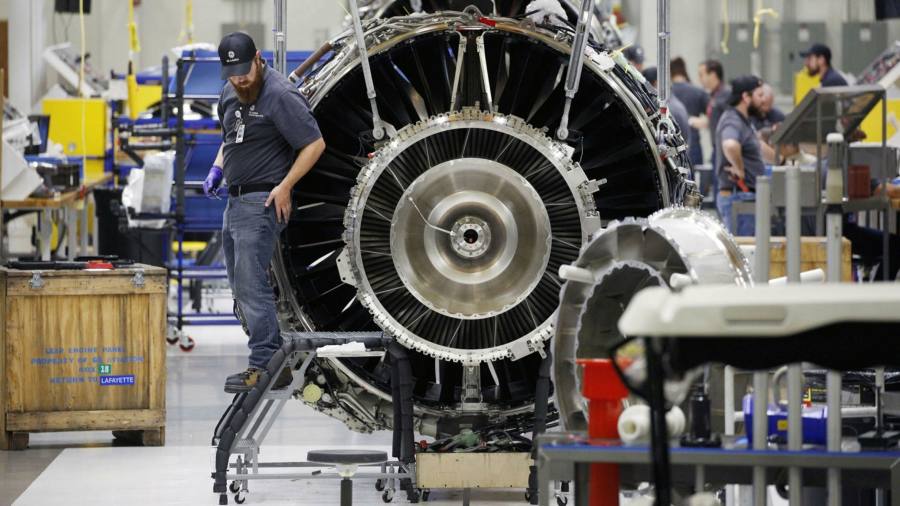 
General Electric ended a tumultuous year of layoffs, debt repayments and restructurings with much stronger-than-expected cash flow, boosting investor confidence in Larry Culp’s turnaround of the US industrial conglomerate.

Improved orders in GE’s power and renewable energy division brought industrial free cash flow to nearly $ 4.4 billion in the fourth quarter, from a target of at least $ 2.5 billion, allowing the business to return to positive cash flow for the full year, 12 months ahead of schedule.

The group’s shares rose more than 9% to $ 12.03 pre-trade, bringing them back to the level they were trading at a year ago, before GE began to feel the effects of a pandemic that has wreaks particularly heavy havoc. on its aircraft engines business.

“The momentum is building in our business. We are in leading positions to seize opportunities in energy transition, precision health and the future of flight, ”Mr. Culp told investors.

Adjusted earnings for the quarter were down 60 percent to 8 cents a share, and GE’s preferred measure of industrial organic revenue fell 14 percent. Its Energy, Renewable Energy and Healthcare divisions all saw improved profit margins.

For 2021, the group expects organic revenue growth “in the sub-single digit range”, improved industrial margins of 250 basis points or more and adjusted earnings per share of 15 to 25 cents. Industrial free cash flow is expected to reach $ 2.5 billion to $ 4.5 billion, he said, against market expectations of around $ 3 billion.

GE reduced its cost base by more than $ 2 billion in 2020, including thousands job losses in the aviation sector which supplies Boeing and has been hit hard by the grounding of flights around the world during the pandemic.

Aviation orders were down 40 percent year-over-year in the fourth quarter, but up more than 50 percent from the third quarter. GE said it was close to generating positive free cash flow during the period.

Mr Culp said GE reduced its debt by $ 16 billion in 2020, ending the year with an order book of $ 387 billion, down 4% year-on-year, but heavily biased towards services where it achieves its highest profit margins.