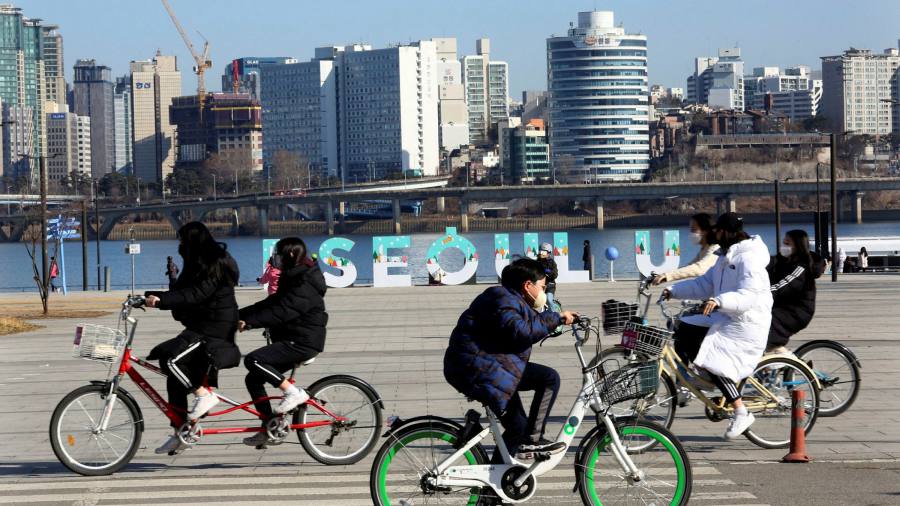 
South Korea’s booming technology exports and optimism over its plans to roll out the coronavirus vaccine fueled growth expectations for 2021 after the country beat forecasts in the fourth quarter.

The gross domestic product of Asia’s fourth-largest economy grew 1.1 percent quarter on quarter in the last three months of 2020, according to data from the Bank of Korea. That figure was down from 2.1% in the third quarter, but ahead of most economists’ expectations.

The weaker quarterly growth reflects lower local spending as the country has been caught off guard by a wave of infections in December. The outbreak triggered South Korea’s highest transmission rates since the start of the pandemic, but has since stabilized.

In November, the Bank of Korea said it was forecasting 3% GDP growth in 2021, up from its earlier forecast of 2.8%, on the country’s back. comparatively strong response to coronavirus.

The fallout from last year’s pandemic caused South Korea’s worst year-over-year economic performance and higher number of job losses since the Asian financial crisis. It has also raised concerns about growing inequalities with young temporary and casual workers hit hard by the recession and by soaring housing prices.

But South Korea has performed better than most developed countries, according to data from the OECD. The country’s exposure to China, which accounts for about a quarter of South Korea’s exports, has also contributed to the return to growth. The outlook for 2021 marks a rebound from a 1% contraction in 2020 and follows a return to growth in the second half.

Beyond the growing demand high-tech exportsSeoul’s initial response to the coronavirus, which saw the rapid rollout of mass testing and high-tech contact tracing, helped ease the blow from the disruption of the manufacturing supply chain and the downturn of domestic consumption.

A return to double-digit monthly export growth at the end of last year also continued in January, according to preliminary data, easing domestic weakness.

Alex Holmes, an economist at Capital Economics, was optimistic about the pace of South Korea’s rebound, noting that in addition to strong export demand, government spending is expected to rise 9% from already record levels, while increased confidence would come from the vaccine rollout in Seoul next month.

“We continue to expect the Korean economy to grow by around 5% in 2021. This would reduce GDP to less than 1.5% below its pre-crisis level by the end of it. of the year, among the smallest gaps in the region, ”said Mr. Dit Holmes.

South Korea plans to vaccinate 70% of its population by September to form collective immunity by November, the Korea Disease Control and Prevention Agency announced on Monday.

Health officials will begin immunizing people for free next month, starting with high-risk health workers in hospitals and elderly care facilities. People over 65 will receive jabs in the second trimester.