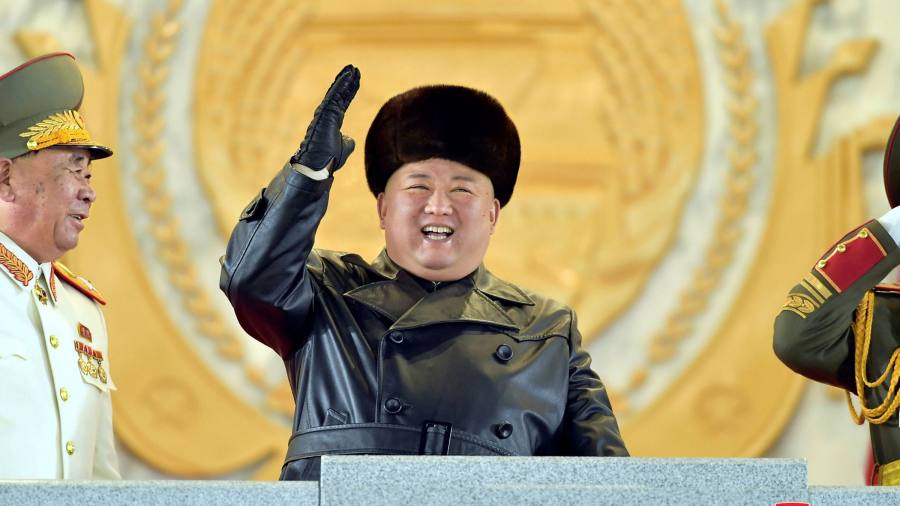 
The defection of a high-level North Korean diplomat represents an embarrassment for Kim Jong Un and has exposed the growing pressure on foreign diplomats in Pyongyang to generate revenue for the regime, experts said.

The latest escape, by Ryu Hyun Woo, former North Korean acting ambassador to Kuwait, was revealed this week by a South Korean newspaper. Fears for his family’s future ultimately led Mr. Ryu to defect, risking his life and those of his wife and child, people familiar with the matter said.

U.S. sanctions have blocked Kuwait’s financial interactions with Pyongyang and halted the flow of thousands of North Korean workers to the oil-rich Arab state, close contact with Mr. Ryu in Seoul told the Financial Times.

“He struggled to bring hard currency for the North Korean regime and send money back to Pyongyang – there were no workers to check,” said the person, who requested anonymity. .

Washington tightened sanctions in 2017 after series of nuclear weapons tests, cracking down on North Korea financial networks and workers abroad. The United States estimates that the latter brought in 500 million dollars a year. Kuwait was particularly important to the Kim regime, serving as a hub for Gulf workers.

“The sanctions have made it more difficult for North Korean diplomats and foreign trade networks to bring money to their government, especially if they are operating in countries that take compliance seriously,” said Daniel Wertz , expert at the US National Committee on North Korea.

The UN panel of experts that monitored North Korea’s sanctions-circumvention activities last year detailed the North Korean embassy’s involvement in arms deals in Europe and in Africa, the arms trade in Syria and the smuggling of gold and silver between Iran and Dubai. Properties in Germany, Poland, Romania and Bulgaria were also under investigation for illegal commercial use.

Go Myong-hyun, a researcher at the Asan Institute for Political Studies, said the threat of further defections was seen as a necessary risk in Pyongyang’s foreign policy.

“If you limit [diplomatic] activities too strict, then basically he will come back to the regime and damage his finances, I don’t think they can afford to do that, ”Mr. Go said.

Mr Wertz added, “Even if it becomes increasingly difficult for these officials to do their jobs, it is likely that a cash-strapped government in Pyongyang will push them to do more.”

Soo Kim, a former CIA analyst now at the Rand Corporation, a think tank, said high-level defections were always an embarrassment for Mr Kim, who stressed self-reliance in the face of escalation economic crisis and further isolation due to the coronavirus pandemic.

“What does he say about the conditions of the country and the ability of a leader to do his job when the elites – who for the most part live in better conditions than the average North Korean citizen – decide to go in search of freedom ? Ms. Kim said.

Mr. Ryu’s escape follows the defections of other diplomats, including Jo Song Gil from Italy in 2018 and Tae Yong Ho of the United Kingdom in 2016.

Andrei Lankov, a North Korean expert from Seoul Kookmin University, said the string of notable defections was not a clear signal of growing dissent among Kim’s senior officials. Although rare, experts believe there are dozens of other senior North Korean officials living in South Korea and the United States. Most of the escapes have not been made public as defectors seek anonymity.

Yet Mr. Ryu’s defection and subsequent interviews with intelligence agencies, may have already helped shed light on Pyongyang’s relations with Kuwait as well as with Syria, where he was previously stationed, and on elite politics thanks to his family connections in Pyongyang.

Now that Mr. Ryu and his family are out of Kim Jong Un’s reach, he hopes his daughter can finally fulfill her dream of becoming a musician, said a person who spoke to him.