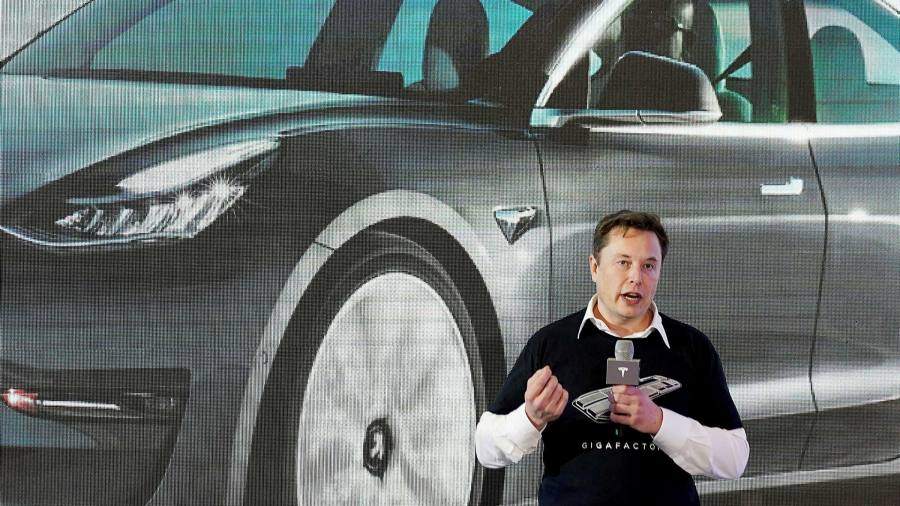 
Tesla beat Wall Street’s expectations for revenue growth in the last quarter of last year, but failed to hit earnings expectations, pushing down its after-hours shares.

The US electric car maker has also abandoned its traditional practice of forecasting full year vehicle delivery volumes. Instead, he said he has “simplified” the way he gives direction due to the “number of significant projects underway”, and projected an average annual growth in deliveries of 50% over “a multi-year horizon”. He said he expected to grow faster than that in some years, including 2021.

The forecast decline follows several years in which chief executive Elon Musk has promised higher volumes than Tesla achieves, including a commitment several years ago that it would reach sales of 1 million by 2020, double what he actually managed.

The automaker had previously reported a strong fourth quarter for new vehicle deliveries, contributing to a sharp rise in the share price early in the year that extended 2020’s gains.

It posted higher than expected revenue of $ 10.74 billion for the quarter, up 46% year on year. However, pro forma earnings per share rose 95 percent, to 80 cents, below the $ 1.01 expected by Wall Street. The stock was down nearly 5 percent after the numbers were released.

Its operating profit margin of 5.4 percent was up from 4.9 percent a year ago, reflecting higher production volumes, but average selling prices fell 11 percent in due to a switch to models 3 and Y.

Another factor limiting the growth of Tesla’s profit margins in the last quarter included $ 267 million in stock-based compensation for Mr. Musk, related to the giant compensation package approved by shareholders three years ago.

Tesla’s quarterly net profit rose to $ 270 million, from $ 105 million the year before. Based on formal accounting rules, including stock-based compensation, profits increased 118 percent to 24 cents per share.

The results were boosted by a rebound in sales of regulatory credits to other automakers. At $ 401 million, that tripled from the previous year, boosting revenue and falling directly to bottom line. Tesla has long depended on those profits – rather than profits from manufacturing and selling cars – although it achieved more consistent profitability in its underlying operations by the end of 2019.