US warns of increased risk of attacks by domestic extremists 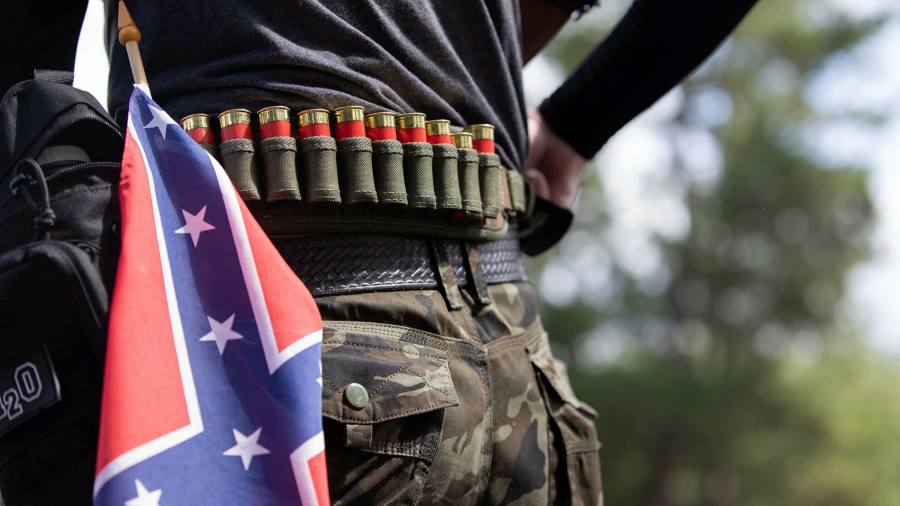 
The Department of Homeland Security on Wednesday warned of an increased risk of attacks by “ideologically motivated violent extremists” on US soil following Joe Biden’s inauguration, sounding the alarm bells within just weeks after the murderous storming of the United States Capitol.

DHS said extremists with “perceived grievances fueled by false narratives,” and who had “objections to the exercise of government authority and the presidential transition,” may continue to incite or commit violence in the coming weeks.

Terrorist threat warnings issued by DHS are more commonly issued about foreign terrorist groups, rather than national extremists, and Wednesday’s bulletin underscored lingering concerns about future attacks even after Mr. Trump’s departure. Since becoming president of the United States a week ago, Biden has ordered officials in his administration to review the threat of violent extremism.

The FBI and the Justice Department continued to arrest and charge people for illegally entering the Capitol building earlier this month. In some cases, the defendants have been charged with carrying illegal firearms, homemade Molotov cocktails and assaulting police officers.

Federal prosecutors on Wednesday said they indicted three people associated with Oath Keepers, a paramilitary organization, for conspiring to obstruct Congress during the assault on Capitol Hill. Two of them were also members of the regular Ohio State militia.

The breach of the Capitol triggered a massive increase in safety ahead of Mr. Biden’s inauguration in Washington, including the deployment of approximately 20,000 armed members of the National Guard.

On Tuesday, Tim Ryan, the Democratic Congressman who chairs the House of Representatives committee that oversees the Capitol Police’s $ 516 million annual budget, said the National Guard would continue to protect the Capitol for a temporary period. while a congressional investigation into the security breach was taking place.

At least two police officers from the Capitol were suspended of duty since the riots, one for allegedly posing for photos with rioters, and a second for donning a “Make America Great Again” hat while apparently giving instructions to members of the crowd.

DHS noted on Wednesday that extremists frequently targeted opposing-minded people who demonstrated peacefully last year. Long-standing racial and ethnic tensions, including opposition to immigration, were also cited as motivating factors behind some acts of violence.

Threats to critical infrastructure, including the healthcare and telecommunications sectors, “increased in 2020,” the law enforcement said, with violent extremists “often citing disinformation and conspiracy theories on Covid-19 for their actions”.