Commerzbank cuts one in three jobs in Germany 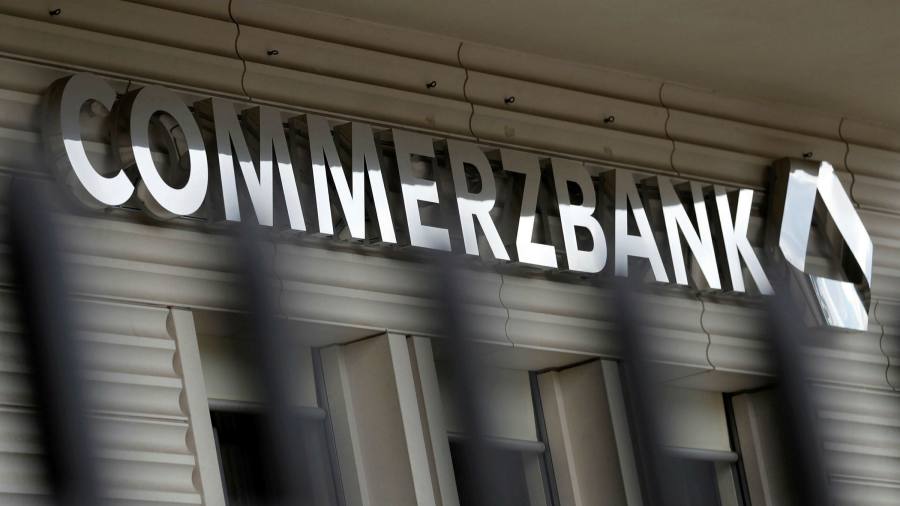 
Manfred Knof, the new CEO of Commerzbank, will cut one in three jobs in Germany in a final attempt to turn the situation around ill lender whose shares have fallen 90 percent over the past decade.

The German bank said Thursday that it plans to cut 10,000 jobs over the next three years, as part of its intention to close nearly one in two branches in its home market. The number of branches will be reduced from 790 to just 450.

Last month, Commerzbank announced it would reserve a charge of € 610 million for restructuring costs in 2020 after reaching an agreement with the unions on 2,900 job cuts. On Thursday, he declined to comment on whether those jobs were included in the new target or whether they will be additional.

The Frankfurt-based lender released the figures in a regulatory statement after Handelsblatt disclosed details of the restructuring plan.

“So far, no decision has been taken on any element of the strategy program,” Commerzbank said. The management board submitted a draft of its plans to the supervisory board, which will discuss them on February 3. Details will be revealed at the bank’s annual press conference on February 11.

Mr Knof joined Commerzbank this month from Deutsche Bank after his predecessor Martin Zielke and chairman Stefan Schmittmann stepped down last year amid a power struggle with private equity firm Cerberus , one of the biggest shareholders of the bank.

Last summer, Cerberus argued that “swift and decisive action now” was needed to stop a “downward spiral” caused by inflated costs, low profits and “management inaction”. Cerberus criticized the lender for a long history of missing its own “low ambition” strategic goals and said it “has consistently underperformed its peers on virtually every metric”.

Mr Knof said in a statement Thursday: “We want to focus on the strengths of Commerzbank and ensure its strong performance over the long term.” This will force it to “completely reduce complexity and costs,” he added. The new managing director acknowledged that the targets were “very ambitious”, but stressed that the lender would “do everything necessary to achieve them”.

Commerzbank has been feeling the effects of low interest rates, inflated costs and weak income growth for years. In 2019, former CEO Mr Zielke held merger talks with Deutsche Bank, but his biggest domestic rival walked away from the deal.

Commerzbank on Thursday announced plans to increase its return on tangible equity to between 6.5 and 7 percent by 2024. While it plans to cut costs by a fifth, it hopes revenues “will remain broadly. stable ”.

The lender said it would finance restructuring costs of € 1.8 billion “with existing funds” and set them aside in full in 2021. He said its level one common equity ratio – a key metric balance sheet strength – will remain 200-250 basis points higher. minimum regulatory requirements.