GameStop: How a video game chain got embroiled in the war on Wall Street 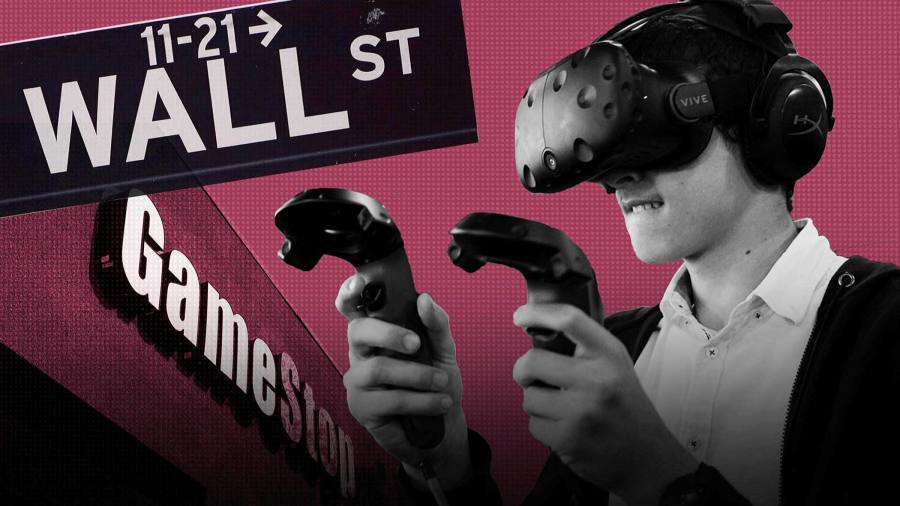 
Erik Riggiola, a customer of GameStop’s Union Square store in Manhattan, has little sympathy for the big investors who have been burned by betting against the video game retailer.

The 49-year-old, who lost his job as an operations manager at a delivery company during the financial crisis, said Wall Street was getting “a taste of its own medicine.” But even Mr. Riggiola had to admit that while GameStop was “not on the verge of extinction,” it looked like a company that needed to adapt to keep pace.

Yet in the past month, the struggling 37-year-old chain has gone from a share price that averaged around $ 18 before the trading frenzy started, to a record intraday high of $ 483. Thursday and a market cap of around $ 28 billion. which topped Halliburton, Kellogg, and about half of the S&P 500 companies. Although the stock later fell sharply in a volatile trading environment.

The reason for the exuberance is, in part, the hope of a potential turnaround led by new board member Ryan Cohen, co-founder of online pet care company Chewy. But a much more important factor has been a coordinated effort between amateur traders bet against short sellers who make money by buying stocks that they think will fall.

The professional investing industry has little time for the hype. The most bullish price target on Wall Street was $ 33, awarded by Telsey Advisory Group. GameStop shares last year averaged around $ 7 and their intraday low was $ 2.57 in April.

“We remain skeptical about the potential for a turnaround,” said Curtis Nagle, an analyst at Bank of America, which has a price target of $ 10 and an underperformance rating on the stock. Mr Nagle cited “multiple structural headwinds” for the industry, especially online competition.

Meanwhile, GameStop’s revenue has almost halved from around $ 9.5 billion in 2011 to $ 5.3 billion forecast for the current fiscal year. In December, the company recorded a 31% drop in sales in the first nine months of 2020, compared to the previous year. Sales over the holiday season were also disappointing.

For decades, GameStop stores were the hangout for gamers in malls across the United States, but the chain was too slow to adapt as footfall dwindled and consumers shifted away from in-store shopping to digital downloads on their smartphones, consoles and computers. .

Attempts at diversification, including a push into the wireless sector, have failed. In 2019 it abandoned plans sell out and there was some turmoil at the top leadership level.

Under pressure from investors, the group began to cut costs and close stores that were underperforming or located in areas deemed too numerous. From more than 7,000 stores in 14 countries in 2018, GameStop now has around 5,000 stores in 10 countries.

He also began to focus more on concept stores which offered customers the opportunity to try out games before buying them and entering online leagues. But then the pandemic struck. And as the demand for video games increased as people were forced to spend more time indoors, GameStop was inevitably affected as people avoided malls.

Still, investors began to take notice of the changes in August of last year, around the time Mr. Cohen started building up a stake in GameStop through his investment firm RC Ventures. The new PlayStation and Xbox consoles were also expected to benefit the company.

But the action really took off earlier this month after GameStop agreed to add Mr. Cohen, Alan Attal and Jim Grube – two of Mr. Cohen’s former Chewy colleagues – to its board and the army of day traders got involved.

Now people are wondering what the outlook is for the business once the dust settles.

The pessimistic camp says it could go away if customers switch to digital downloads en masse, but others insist customers still want physical copies of games and that GameStop has a role to play here.

“They dominate trading,” said Michael Pachter, analyst at Wedbush. He added that poor internet connections and widespread financial worries meant that GameStop, which offers a popular service for customers to trade in games and consoles in its stores, still has a place in the industry and that “this thesis that everyone is going to download digitally is stupid ”.

James Rodriguez, a 38-year-old GameStop customer who still buys physical copies of games, said he shopped in-store more often during the pandemic because he feared package theft and delivery delays.

Yet the business model of video game retailers is moving without remorse online and towards free subscriptions and games that make money through in-game purchases.

“I experienced what happened in the newspapers, through what happened to digital music,” said Lewis Ward, industry analyst at International Data Corporation. “I’ve seen this film before and it’s just the game’s turn to be digitized. The idea that this is not an inexorable change, in my mind, is just not true.