GM aims to end gasoline and diesel sales by 2035 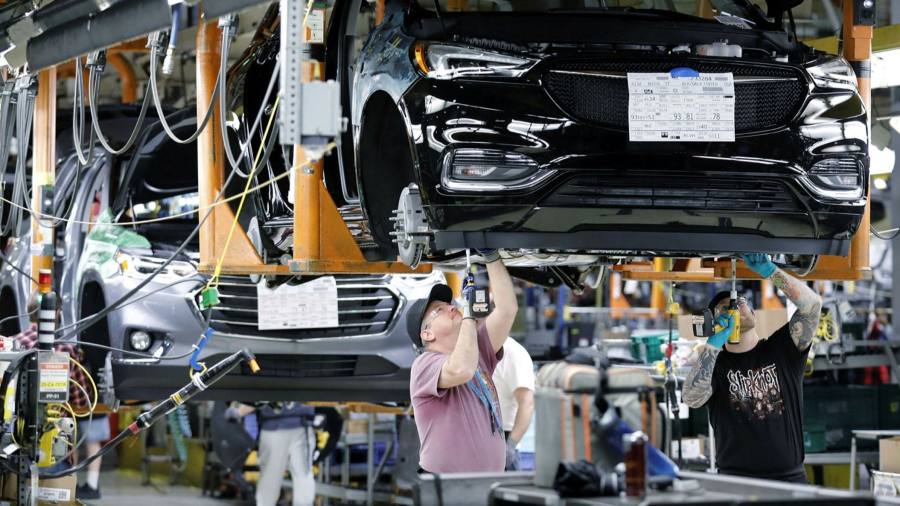 
General Motors aims to stop selling gasoline or diesel cars by 2035, the first of the world’s largest automakers to set a deadline for its final sales of passenger cars with internal combustion engines.

As part of a plan to become carbon neutral by 2040, the Chevrolet and Buick owner “aspires to eliminate tailpipe emissions” from its entire line of light vehicles, he said Thursday.

While other automakers have set dates to end the sale of traditional engines, most will switch to hybrid technology, which combines a smaller traditional gasoline or diesel engine with a battery.

Neither of the world’s two largest automakers, Toyota or Volkswagen, has set a date for the complete phase-out of traditional engines, although they plan to invest billions in electric and hydrogen technology.

“Our biggest carbon impact comes from the tailpipe emissions from the vehicles we sell – in our case, it’s 75%,” said GM chief executive Mary Barra.

“This is why it is so important to accelerate towards a future in which every vehicle we sell will be a zero emission vehicle.”

Our biggest carbon impact comes from the tailpipe emissions of the vehicles we sell – in our case, it’s 75%. This is why it is so important to accelerate towards a future in which every vehicle we sell is a zero emission vehicle.

“This is why it is so important to accelerate towards a future in which every vehicle we sell is a zero emission vehicle.

The larger version of the Chevrolet Silverado, a mid-size pickup truck, is not covered by the 2035 pledge because it is sold as a utility vehicle. But that’s part of the company’s broader ambition to decarbonise completely by 2040, the group said.

Nissan said this week that all of its vehicles launched in Japan, the United States and China will be either electric or hybrid in the “early 2030s.”

Volvo, which is owned by Chinese company Geely, is the most ambitious of all brands to date. Its chief executive, Hakan Samuelsson, told the FT last year that it plans to sell only electric cars by 2030. However, it is relatively modest, selling 670,000 cars last year compared to the millions. sold by major global groups including GM.

GM has already announced plans to invest around $ 27 billion in the development of electric and autonomous technologies and plans to launch 30 battery-only models worldwide before 2025.

The company has developed its own Ultium battery system, which it wishes to license to competing car manufacturers in order to expand its scale and recoup development costs.

Although GM has already pulled out of Europe, which is the fastest growing region for electric cars, it still operates in China, the world’s largest battery car market.

Automakers around the world are fighting to develop electric cars to meet tougher emissions rules in regions like Europe and China.

In the United States, the election of Joe Biden as president is expected to lead to stronger U.S. fuel economy rules, which will increase the prospects for electric cars in this country.

GM predicts that 40% of its US range will be battery electric vehicles by the end of 2025. The group wants all of its US factories to be powered by renewable energy by 2030, with its international facilities by 2035 .

Other automakers have set carbon neutrality targets, with Toyota, Nissan, VW and Ford all expecting to be neutral by 2050.