Matthew Wade Test chops a real slap in the face ‘ 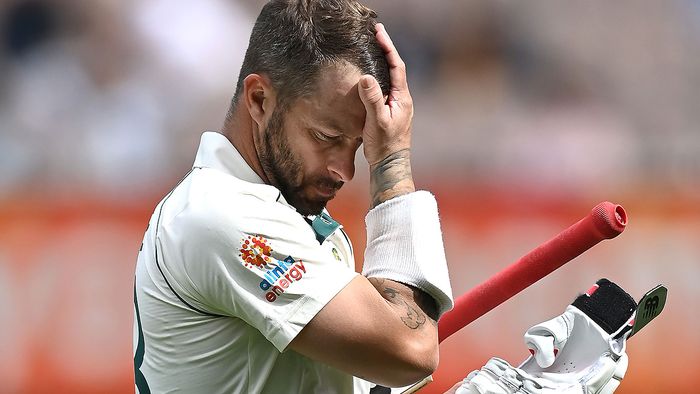 
The former versatile Simon O’Donnell has labeled Matthew Wade’s ax the Australian side to tour South Africa like a “slap in the face.”

Wade was sidelined on the Test side after a mediocre summer that saw him average just 21.63, the second straight series at home where he is on average under 30.

But he also raised his hand to open the stick in the first two tests when David Warner and Will Pucovski were unavailable.

When the selectors unveiled the team for a tour of South Africa, Wade was gone, while Travis Head, who had been sidelined from the squad after two tests against India, found himself on the plane.

“There are six top spots and you’ve beaten three of them in four test matches,” O’Donnell told SEN Breakfast.

“I really felt for him (Wade) it was a big demand and he created a few opportunities, he didn’t grab them, but then not being on a touring team, I think that’s a real slap.

“Travis Head is still here. If Matthew Wade was a selection before Travis Head, I’m not 100% sure it works.

Former Australian captain Mark Taylor told Wide World of Sports that the selectors probably thought there was only room for one of the Wade or Heads, and fended off the younger batsman, with Head also being considered as a potential future leader if he could consolidate his place.

Taylor said Wade faces an uphill battle to play Test cricket again after being overlooked by the 19-man squad.

“I’m a Travis Head fan, I think he will be regular at five and six for the Australian team, he has to rectify coming out the same way too often,” O’Donnell said.

“But the message that just went out, I’m not sure it really suits me that this rise was made from the practice nets and not from the games that were played.”

Former skipper Michael Clarke compared Wade’s situation to that of Joe Burns, who held on to his place in early summer despite a horror streak.

“What happened to this loyalty they showed Joe Burns when it comes to Matthew Wade,” Clarke said.

“Where did Matthew Wade go? You got out of position for them, you went to the top of the table, did the right thing for the team, come back. I know he didn’t score as much of points they would like but hang on, wait a minute we hear “incumbent Joe Burns, support, support, support” then Matthew Wade at the door. “

He noted that Head, who has only played three BBL games since his withdrawal from the test team, had so far done nothing to justify his recall.

“Has Travis Head played a game since being dropped … to make his way into the squad? So how did he get back into the squad? That’s what troubles me and that’s why you regularly hear people have a crack in selectors They regularly leave themselves open.

“Explain why Matthew Wade isn’t on the team, explain why Travis Head is back, explain how you can’t discuss Tim Paine’s performance. Either they’re not telling the truth or whoever is having these conversations is missing something.