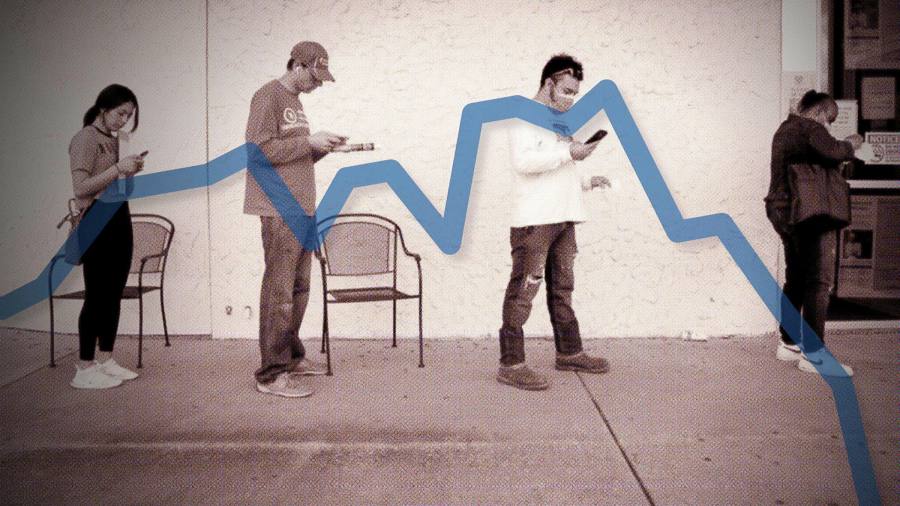 
Most advanced economies can live with much higher levels of public debt after the coronavirus crisis, according to the IMF, which said countries should ‘rethink’ their fiscal rules rather than rushing to reduce their liabilities .

After the financial crisis of ten years ago, the fund recommended that countries reduce their debt levels. But Vitor Gaspar, head of fiscal policy at the IMF, told the Financial Times that the main role of fiscal policy in the immediate future should be to stimulate, help restore economic growth, reduce unemployment and to beat Covid-19.

The IMF’s stance will support the Biden administration’s battle to pass the new US president’s $ 1.9 billion stimulus proposal through Congress, which is roughly 9% of US gross domestic product. It will also encourage the EU and the UK not to worry about the sharp increase in public debt resulting from the crisis.

Speaking as the fund released its latest budget surveillance database on Thursday, Gaspar said the IMF’s shift in mind to a relaxed approach to high levels of public debt stemmed from the cut in interest rates by central banks.

Falling market funding costs mean that although the public debt of advanced economies has doubled as a percentage of GDP from 60% to 120% over the past 30 years, interest payments have halved, going from 4% of GDP to 2%.

This is “a development with major implications,” said Mr. Gaspar. “The pressure to bring down debt is something that we can let play over a long time horizon and that the adjustment of the public debt ratio should be mostly gradual.”

The EU has suspended its fiscal rules, which call for countries to reduce their debt to 60 percent of GDP, and the UK is reviewing its fiscal framework.

Mr. Gaspar recommended that countries rethink the rules that have guided the austerity policies of the past decade.

“I think it is timely to recognize that circumstances have changed in a way that justifies rethinking fiscal rules and fiscal frameworks,” he said.

There is little reason to tighten fiscal policy when interest rates are close to zero, Gaspar added, although some of the support offered to households and businesses over the past year to help them cope with the coronavirus is reduced.

“People need to consider the risks to public finances and the sustainability of public debt, but they need to recognize that if the pandemic is left unchecked, the risks to the long-term prosperity of the economy and also to fiscal sustainability would be even greater. “

The top priority for nations should be immunization, as reducing public debt is now well below the list of urgent actions, according to the IMF. Mr Gaspar said countries should think about “some debt anchoring”, but this should only apply in the long term, and in the meantime, countries should take a holistic view of health. their public finances, including their public sector assets.

More emerging markets could also adopt this approach, he added; their access to global debt markets has improved considerably since the fall, showed the IMF’s budget monitor.

In poorer frontier markets, the fund noted that “the outlook for market finance is improving,” but warned that many of these countries remain vulnerable to debt distress.