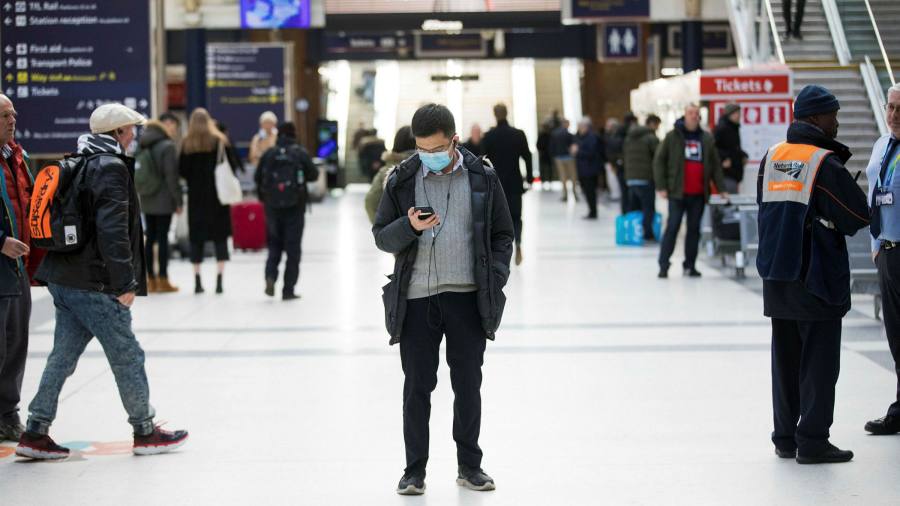 
Europe has quickly fallen behind the United States and Asia in the race to build 5G networks despite increased investment from the region’s biggest players.

The number of Europeans able to connect to a 5G network was 24% at the end of September compared to 13% at the end of 2019, according to a new study.

However, this is paltry compared to the 76% of Americans able to connect to 5G and even higher tariffs in parts of Asia, like South Korea, where it is 93%, according to a report. of the telecommunications trade body ETNO and research. Analyys Mason company.

Europe’s poor performance will add to concerns about the economic impact of slow network upgrades compared to other regions. 5G networks are viewed as critical national infrastructure by most governments and essential for modernizing factories, transportation systems, and healthcare.

The EU has moved to a pro-investment policy approach, but this is slow to translate into concrete aid at national level

The European Commission has repeatedly stated over the past decade that the continent will play a leading role in the 5G era, going so far as to launch multiple “ action plans ” aimed at boosting investments, but progress has stalled.

Groups such as Deutsche Telekom, Vodafone, BT, Telefónica and Telecom Italia have all launched 5G and upgraded more fixed networks to fiber optic cables to support the rollout and the ETNO report shows the pace of industry investment increases, with nearly 52 billion euros spent in 2019 against 48.6 billion euros the previous year.

However, the average per capita investment in new networks remains lower than that of other regions at € 94.8 against € 147.9 in the United States and € 233 in Japan.

The industry has long argued that onerous and inconsistent regulations have hampered progress in the fragmented European market, leading to lower returns on investment and hampering the investment of billions of euros needed to upgrade networks to 5G.

“European telecommunications companies are investing more than in the past, but this is not enough to close the gap. We need strong political action for the massive deployment and adoption of the network, ”said Lise Fuhr, CEO of ETNO.

European companies spend a larger share of their income on network upgrades than in other regions. However, the average monthly mobile income per user in the region was less than € 15 compared to € 23.7 in South Korea and € 28.1 in Japan and € 36.9 in the United States, according to the report, which resulted in a detrimental effect on the sector’s investment. said.

5G has yet to become a go-to consumer tech, but it is seen as an economic driver for a variety of industries. The main European manufacturers have warned that there is an urgent need to close the growing gap with the United States and Asia and that a failure to coordinate deployment in the region could leave supply chains uncompetitive and lead to reduced investment .

Freeing up spectrum – the frequencies used to deliver data wirelessly – is key to this process. Only one country – Finland – has auctioned all the spectrum bands needed for 5G, while a dozen countries, including Belgium, Poland and Portugal, have not auctioned at all.

So far, € 21.6 billion has been raised in 5G auctions in Europe, but the phased approach in different countries contrasts sharply with markets such as the United States, where the regulator has the sale of huge amounts of spectrum a must.

“The EU has moved to a pro-investment policy approach, but this is slow to translate into concrete assistance at national level,” said Ms Fuhr.