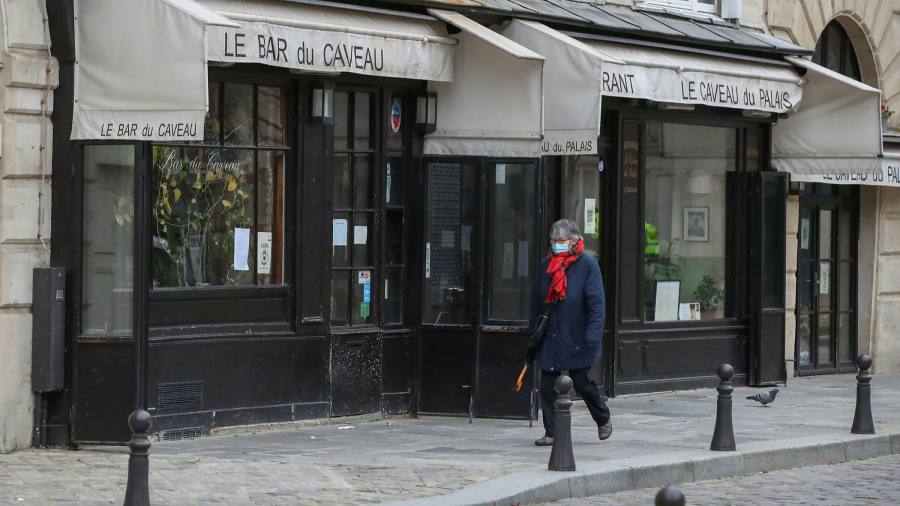 
The French and Spanish economies both performed better than expected in the last quarter of last year, despite the resurgence of the coronavirus pandemic and restrictions to contain it that have weighed on consumer and business activity in Europe.

The French economy shrank 1.3% in the fourth quarter from the previous three months, causing a record 8.3% contraction last year, the national statistics institute said on Friday in its initial estimate. It was better than the 4% quarterly contraction expected by economists polled by Reuters and was also ahead of the government’s revised forecast.

The Spanish economy grew 0.4% in the fourth quarter, up from 16.4 in the previous three months, according to official Spanish data. The reading was much better than the 1.5% contraction predicted by economists polled by Reuters and was driven by growth in household and government consumption, while investment declined.

However, the stuttering pace of the recovery in both countries from the economic impact of the pandemic has prompted some economists to predict that the euro zone is at risk of slipping into a double-dip recession this winter.

The European Central Bank forecast last month that the eurozone’s gross domestic product would decline by 2.2% in the fourth quarter, leading to a decline of 7.3% year-round.

This compares to continued GDP growth in the United States and China in the fourth quarter, highlighting how Europe has been hit harder by the spread of the virus and is expected to recover more slowly than the two largest economies in the world. world. China grew 2.3% over the past year, while the United States fell 3.5%.

French consumer spending fell 5.4% in the last quarter, but investment rose 2.4% as businesses were much less disrupted by the country’s second lockdown than by the first. Foreign trade made a positive contribution as exports grew 4.8 percent, while imports increased 1.3 percent.

Jessica Hinds, an economist at Capital Economics, said France’s better-than-expected performance reflected “both the fact that the fall measures were more focused and also that households and businesses were better able to adapt to restrictions ”.

Despite Spain’s fourth-quarter growth, the country’s GDP fell 11 percent over the past year, nearly tripling its contraction during the 2009 financial crisis and the largest since World War II.

The country’s economy has been hit particularly hard by the pandemic due to its large tourism sector, which has been closed for most of the year in an attempt to limit the spread of the virus.

Spain still has a national curfew and regional restrictions, but schools remain open. Indicators of consumer mobility and business and consumer confidence weakened in January, reflecting the growing number of infections and suggesting that Spain risks another contraction in the first quarter of 2021.

The French government is considering imposing another lockdown as coronavirus infections remained stubbornly high at the start of this year. Finance Minister Bruno Le Maire has warned that another foreclosure would mean the French economy will miss its 6% growth forecast this year.

While French schools and non-essential stores have been allowed to reopen, the government has imposed a 6 p.m. curfew and kept restaurants, bars, recreation businesses and ski resorts closed.

The national statistics agency said that did not prevent consumer spending from rebounding in December, when it exceeded expectations by increasing 23% from the previous month – giving French retailers a boost for the critical Christmas period.