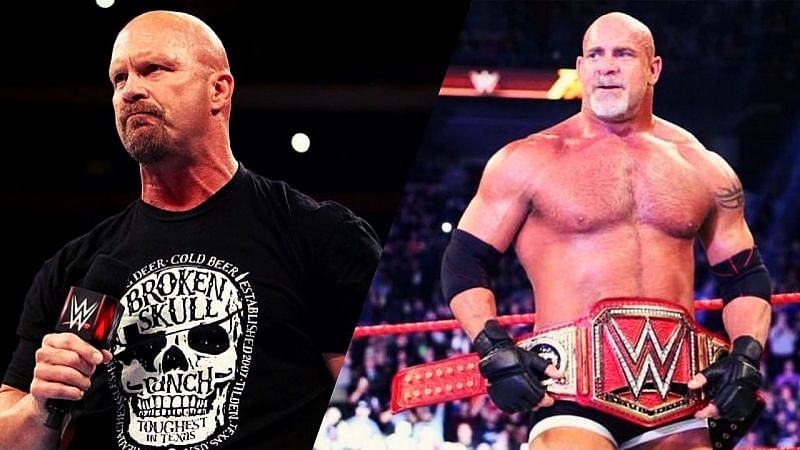 Goldberg rejoiced that he used to be confused with Stone Cold Steve Austin regularly, and that he took the mistake personally.

In a question-and-answer session ahead of this weekend’s Royal Rumble, the Spearmaster was asked whether or not fans would mistake him for the Texas Rattlesnake and how he responded.

Turns out Goldberg wasn’t a fan of being mistaken for Stone Cold Steve Austin, for a number of reasons. Here’s what Goldberg had to say about it:

“Well first of all he should be flattered because I’m so much more handsome than him. It really pissed us off both. We talked about it exponentially because I like to say we’re pretty good. Always took it personally and it drove me crazy because Steve Austin weighs 250 pounds and I weighed 285 pounds / 290 pounds. So I thought if they thought I was Steve then they thought I ‘was small … I took that as Not because they thought I was Steve Austin the awesome wrestler, but because I was little. So there’s another dimension to that. Over the years , we were both really excited, now I think it’s hilarious. try to talk to each other about it when that happens. It’s pretty funny. “

Thankfully, it looks like Goldberg and Stone Cold Steve Austin can look back at cases like these and laugh at them.

Why did Goldberg vs Stone Cold Steve Austin never happen?

A dream match that many fans wanted, but never got to see, is Goldberg vs. Stone Cold Steve Austin. During the question and answer session, the former Universal Champion opened on why the mega match never happened.

“It was a timing issue, it was just a timing issue, and an injury issue. I love him exponentially, man, he’s a great guy and gracing the ring with him in the a game would have been absolutely phenomenal. “

Goldberg prepares to face Drew McIntyre for the WWE Championship at the Royal Rumble.