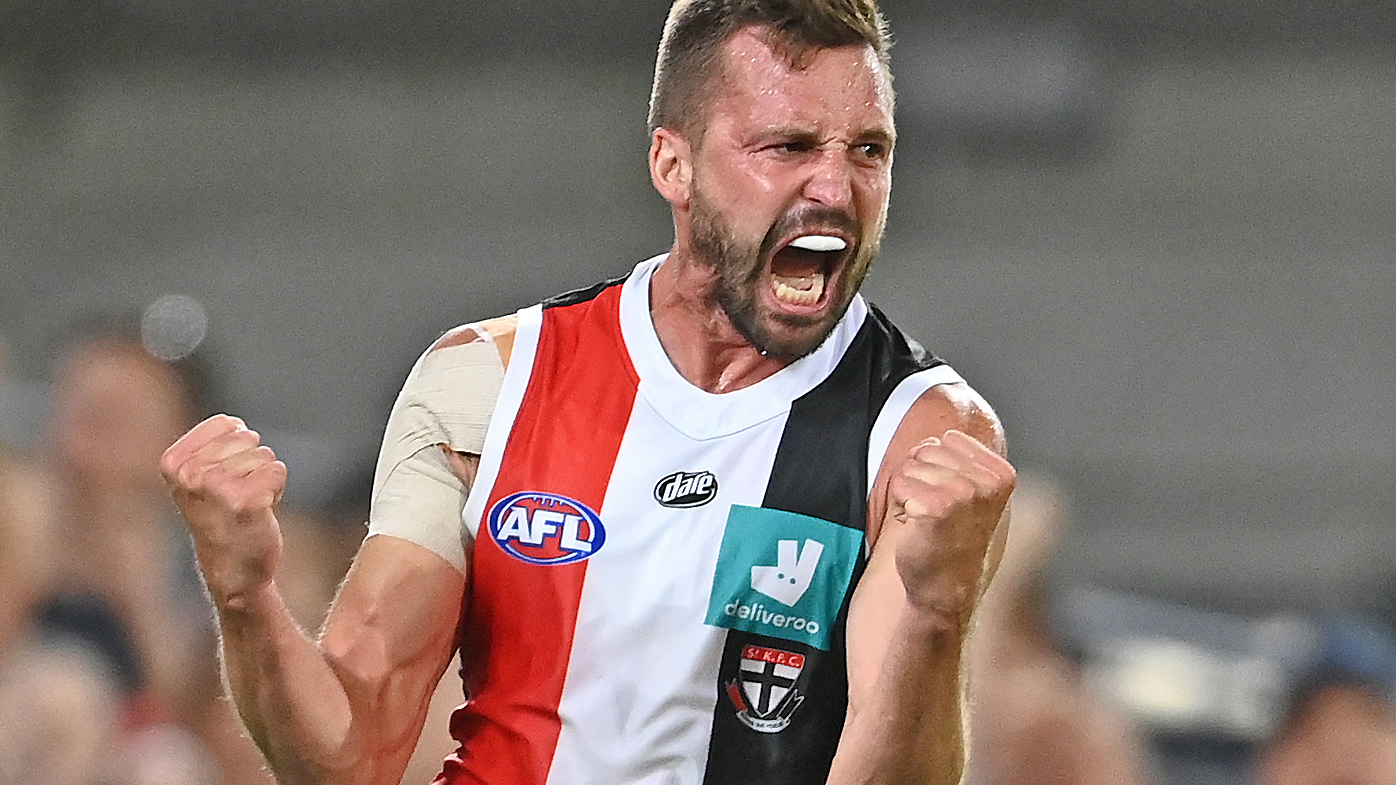 
St Kilda’s preseason has taken a heavy blow, with Captain Jarryn Geary ruled out indefinitely after sustaining a fractured fibula in a training incident.

Geary left the Saints’ training track after a scoring contest on Friday and needed help leaving the field, before x-rays confirmed a clear fracture in his lower left leg.

Geary will undergo surgery this afternoon and is expected to resume operations in six weeks, according to a club statement.

“Knowing Jarryn, he will do whatever he can to return as quickly as possible to contribute to the team early in 2021,” Saints CEO Simon Lethlean said in the statement.

Considering his previous injuries, it’s obviously frustrating to encounter another setback. But the positive for Jarryn is that he’s been here before, and we’re confident he will tackle his rehabilitation with the same professionalism and intensity that we know he brings.

“We’ve had a number of guys who came in last year and took their opportunities, and this year will be no different.”

The robust 32-year-old defender has captained St Kilda for the past four seasons and has not been officially elected captain for the 2021 season, with the club due to hold a vote on the captain in the coming weeks.

Geary is currently on a one-year contract for the 2021 season.