Xiaomi sues US government for inclusion on Pentagon blacklist 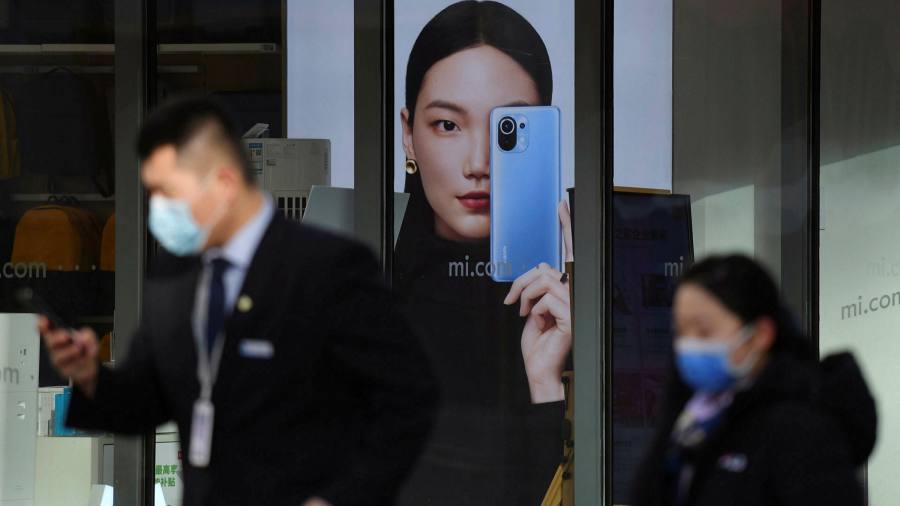 
Xiaomi, the Chinese smartphone maker, has sued the U.S. government over a decision by Donald Trump last week as president to place the company on a Pentagon blacklist that prevents Americans from investing in it.

The group, which overtook Apple to become the third-largest smartphone maker, filed a complaint against Lloyd Austin, the US Secretary of Defense, and Janet Yellen, the Secretary of the Treasury, over his addition to a list of companies suspected of having links with the Chinese military.

Last year, the Pentagon began compiling a list of Chinese companies with suspected ties to the People’s Liberation Army after the White House pressured the Defense Ministry to comply with a 1999 law which included this requirement. The Pentagon Xiaomi added to the blacklist on January 14.

The Trump administration then used the list as the basis to implement an executive order prohibiting Americans from investing in such companies.

Earlier this week, the Treasury extended the deadline for the ban to take effect to May 27. in the office.

Joe Biden’s administration has not indicated whether it will uphold the ban. But the new president would likely face political repercussions if he rolled back the ban due to bipartisan pressure from lawmakers on Capitol Hill to maintain a firm stance against the Chinese Communist Party.

Mr Biden has shown the first signs of his intention to take a tough approach. Antony Blinken, Secretary of State, said this week that he agreed with the Trump administration that China was committing “genocide” in Xinjiang Province with the detention and punishment of more a million Uyghur Muslims.

In addition, the Pentagon on Friday accused the Chinese army of continuing a “series of aggressive and destabilizing actions” after the Financial Times Report that Chinese fighter jets simulated an attack on an American aircraft carrier during a recent incursion into the Taiwan air defense zone.

Xiaomi said in its lawsuit that prohibiting US investors from being able to take stakes in it “would cause immediate and irreparable harm” and damage its global reputation.

The Beijing-based company said the US government had provided no evidence to support the claim that it was what the Pentagon calls “Communist Chinese military enterprises.” The designation of Chinese companies as CCMC was part of a much larger and aggressive effort against Chinese entities that the United States believed could undermine their own security.

The Trump administration has placed dozens of groups on the Pentagon’s list, and dozens more on the Commerce Department’s “entity list,” making it very difficult for U.S. companies to export technology to these companies.

Earlier on Friday, Senator Marco Rubio and two other Republican Senate hawks, Tom Cotton and Ben Sasse, asked Gina Raimondo, the Commerce Secretary’s candidate, to clarify remarks from her confirmation hearing in which she refused to commit to keeping Huawei on the entity list. “.

“Huawei has a long history of economic espionage, supporting human rights violations in the PRC [People’s Republic of China] and elsewhere, ”they wrote in a letter. “We ask that you respond in writing indicating whether you anticipate a scenario in which you would. . . either to remove Huawei, or its subsidiaries, or derivative companies from the list of entities. “

The Pentagon and the Treasury did not respond to a request for comment on the Xiaomi lawsuit.