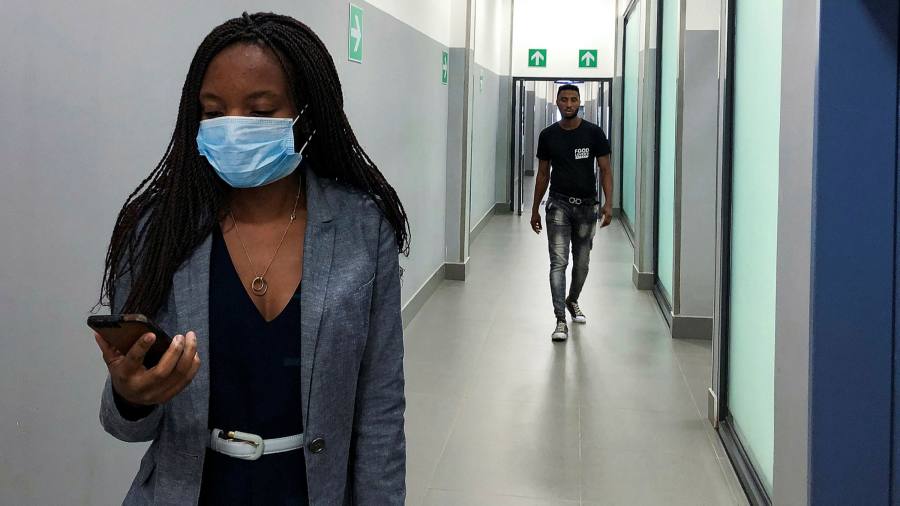 
A study of corpses in a Zambian morgue suggests that deaths from Covid-19 may have been routinely undercounted in the country, and by extension possibly elsewhere in Africa, challenging the idea that the continent has avoided the worst effects of the pandemic.

According to official records, just over 90,000 people death from Covid-19 in Africa, which is equivalent to about 4% of the world’s death toll on a continent that represents 17% of the world’s population.

Several explanations have been put forward for Covid apparently low impact, including the continent’s young population, its relative isolation and quick measurements contain the pandemic taken by the health authorities.

However, research from the Boston University School of Public Health, which has not yet been peer reviewed, offers an alternative thesis: that many deaths from Covid have simply not been recorded.

Researchers, who took nose and throat swabs from the bodies of recently deceased people at the mortuary at Lusaka University Hospital, found a much higher incidence of Covid-19 than expected. Out of 364 bodies tested, Covid-19 was detected in 70.

Lawrence Mwananyanda, who led the research, said it casts doubt on the view that Covid-19 has “kind of skipped” Africa. “While our data is generalizable, the impact of Covid-19 in Africa has been vastly underestimated,” the article’s authors wrote.

While it was possible that the first wave was relatively well contained, a second wave proved to be more deadly. “In Lusaka now everyone knows someone who has died from Covid or who is in the hospital with Covid,” he said.

Dr Mwananyanda estimated that the official death toll of 723 deaths in Zambia from Covid-19 could underestimate the actual level by up to ten times, a pattern he said could be replicated in many African countries where tests for Covid-19 are limited and the cause – or even the fact – of death is routinely unrecorded.

The World Health Organization said last week that a new variant of Covid-19 first detected in South Africa was causing a second wave infections across much of the continent. In the four weeks to January 25, infections rose 50% to 175,000 in the region from the previous four weeks, with deaths doubling in 10 countries, mostly in the south and north of the continent, a he indicated.

In addition to the new variant, which has been found in Botswana, Ghana, Kenya and Zambia, lockdowns have been relaxed across much of Africa and public fatigue in the face of Covid-19 countermeasures, such as mask-wearing and social distancing, has taken hold, said Dr Matshidiso Moeti, WHO regional director for Africa.

Dr Faisal Shuaib, director general of Nigeria’s National Primary Health Care Development Agency, said the findings of the Zambia study were true in Nigeria, Africa’s most populous country. “There are a lot of communities where autopsies are not done, so we don’t have complete data on the causes of death,” he said. “So, yes, we may not know how many people are dying from Covid.”

However, Dr Shuaib cautioned that it is important to wait until research on Zambia receives rigorous peer review before jumping to conclusions. Anecdotal evidence suggests that outside of South Africa, few African hospitals were overwhelmed with Covid-19 patients last year.

In the Zambia morgue study, conducted between June and September last year, the median age of death for people who tested positive for Covid-19 was 48, much younger than in developed countries. Seven were children, including a baby of only a few months.

“Oral autopsies,” conducted while speaking to relatives, found that many of the 70 people who died had shown Covid-like symptoms, including a cough and shortness of breath, in addition to testing positive when tested for post-mortem swab. However, Dr Mwananyanda admitted that it was impossible to be certain that Covid-19 was the cause of death.

Of the 70 patients, only 19 had been hospitalized. The other 51 had died in the community where testing for Covid-19 was almost non-existent, he said.