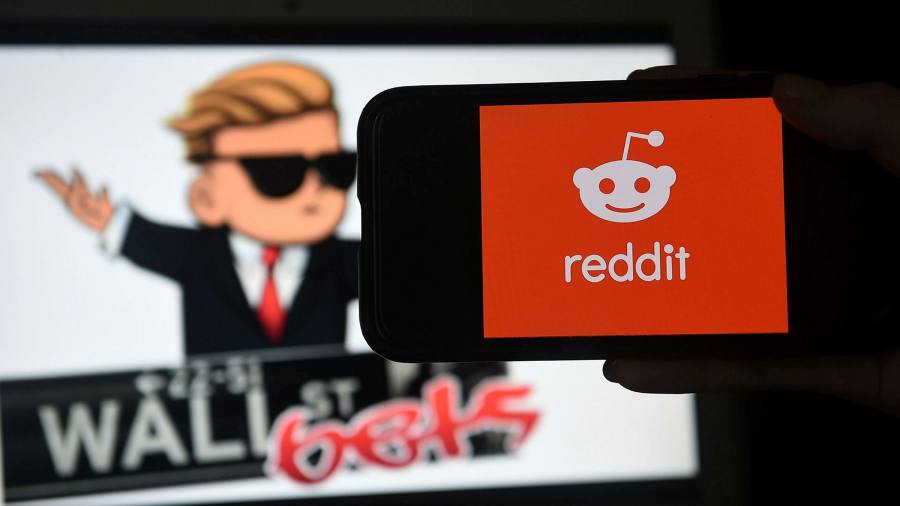 
Last week’s stock market crisis sparked an investigation by U.S. financial regulators into whether market manipulation was involved, but lawyers doubt it will lead to prosecution.

The Securities and Exchange Commission announced Friday it was examining what had happened when users of Reddit discussion boards drastically increased the shares of a handful of companies – including game retailer GameStop -.

But while retail investors have been successful in putting pressure on large institutional investors, experts don’t believe their actions are likely to constitute market manipulation.

“If anyone posted on a sub-reddit [messaging board] that they’re very excited and they’re buying stock in a company, and all the time they’re selling, then you’ve got a potential violation, ”said Joseph Grundfest, professor at Stanford and former SEC commissioner.

“But if in all the tweets and posts there is no misrepresentation, then you may well find that there is no violation of the law.”

The market frenzy of the past week presented regulators with an unusual challenge. While speculation has already led to stock rushes, it is rare for retail investors to buy in such numbers that they crowd out the big institutions that have bet against these companies.

The buying frenzy was targeting companies against which institutional investors had taken short positions, betting on their decline.

Retail investors discussed how, if they bought in sufficient numbers, they could force short sellers to buy stocks to stem their losses, adding fuel to the recovery. Traders worked together on the Reddit discussion boards, repeating a mantra borrowed from the Disney series The Mandalorian: “This is the way”.

Regulators fear that this coordinated activity has created a bubble that may burst, potentially causing ruinous losses for some retail investors. Allison Herren Lee, acting chairman of the SEC, said in a joint statement with three other commissioners on Friday: “Extreme stock price volatility has the potential to expose investors to rapid and serious losses and undermine confidence. of the market.”

But if the SEC wants to take coercive action against any of the market players, legal experts say they will have a difficult case to prove.

The Securities Exchange Act of 1934 prohibits the use of “any device or manipulation device” to buy or sell regulated stocks.

But manipulation, say the jurists, is a term of art. “The manipulation is like what [Supreme Court justice] Potter Stewart spoke of obscenity, ”said Todd Henderson, professor of law at the University of Chicago. “You know it when you see it.”

More often than not, regulators have interpreted manipulative transactions as involving deception: whether lying about a company’s performance, or the true owner of a stock, or a trader’s true opinion on a company.

And while Reddit users appear to have coordinated to help push up shares of companies whose underlying performance may not have deserved it, it’s unclear whether they cheated on anyone. or by doing so.

“If you tell people to buy a business in bad faith, that’s manipulation,” said John Coffee, a professor at Columbia Law School and former legal adviser to the New York Stock Exchange. “But these people are true believers; there is nothing illegal about making extremely optimistic statements. “

The SEC rarely brings up cases of manipulation – they only represented 5 percent enforcement actions in 2019-2020 – and almost never in cases where they do not allege deception.

One case that could prove a precedent is the 2001 SEC action against Jonathan Lebed, the New Jersey teenager who made hundreds of thousands of dollars buying stocks in poorly traded companies before passing them on. electronic bulletin boards. But Mr Lebed has been accused of deception: regulators said he used dozens of different online aliases to create the illusion of widespread interest in the actions.

Even if regulators decide that manipulation may have taken place last week, many experts believe they are unlikely to act against day traders who lack significant individual market power. They point out that Gary Gensler, Joe Biden’s candidate for head of the SEC, made a name for himself in Obama’s time as a financial regulator who was tough on Wall Street and is unlikely to ‘it prioritizes the pursuit of retail traders.

“Even if the SEC decides that something is wrong here, the decision whether or not to prosecute Joe Bag o’Donuts is a political one,” said Henderson.

The SEC doesn’t just look at traders who bought stocks last week: it also probes brokerages that allowed the transactions, before imposing temporary restrictions on them, triggering sudden drops in stock prices.

Trade restrictions put in place by online brokers such as Robinhood have drawn the ire of politicians from all walks of life, from progressive MP Alexandria Ocasio-Cortez to Conservative Senator Ted Cruz. Some online commentators have even accused the brokerage firms of being part of a Wall Street plot to protect certain hedge funds with increasing losses.

Robinhood, however, said it was necessary to act due to the extreme volatility of the markets, referring to SEC rules which require brokerage firms to hold a certain amount of capital in relation to pending transactions. Given the unprecedented volume of transactions at the time, legal experts believe the company could have violated these net capital requirements had it not acted to stem the flow of transactions and raise capital.

While enforcement action is unlikely, many believe last week’s volatility could trigger a reshuffle of the rules that were widely drafted in the days leading up to commission-free trading and the widespread use of internet message boards.

“We saw what happened when social media got to the US Capitol,” said Jill Fisch, professor of business law at the University of Pennsylvania, referring to the crowd attack in Washington DC earlier this month. “We now see what happens when social media hits financial markets, and regulators will have to respond.”