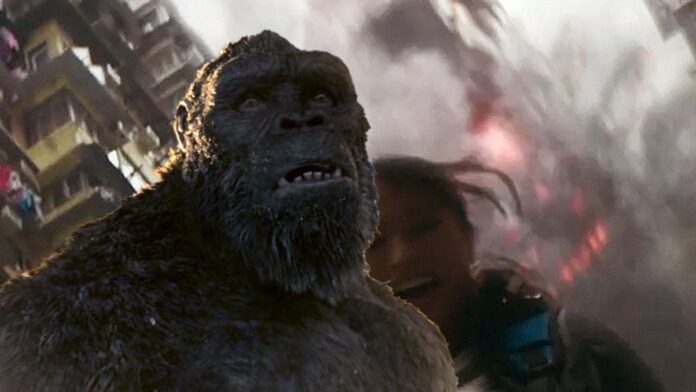 We’re all waiting to see Godzilla and King Kong fight, but there’s reason to believe that neither character is the real Godzilla vs. Kong villain. Could Mechagodzilla be at the heart of this conflict? If we’ve learned anything from Batman v Superman and the many other hero versus hero crossovers in pop culture, it’s that these stories usually culminate with the two fighters putting aside their differences to fight a common enemy. In that case, will Godzilla and King Kong team up to take on Mechagodzilla or Mecha-King Ghidorah? It’s a popular theory among fans, and there’s plenty of evidence to back it up, including a few tantalizing moments in the Godzilla vs. Kong trailer. And then there’s also the Funko POP figures for the movie, which feature variations on Godzilla and Kong … including a red-eyed Kong. Maybe he just needs a little bit of a visine … or can we check out a Mecha Kong here as well? There’s a precedent for that, and it’s called … Mechani-Kong! Join us as we dive into all these Godzilla vs. Kong theories and more …