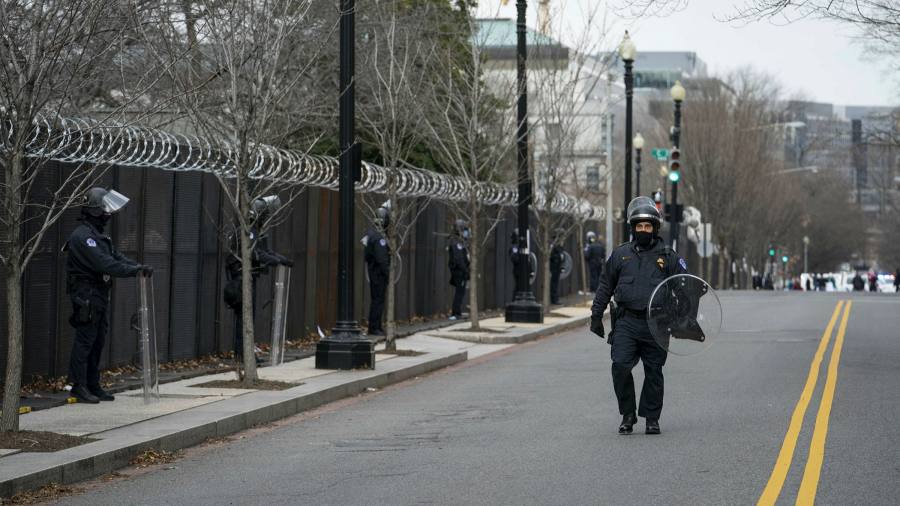 
A group of Republican senators asked to meet with the US president Joe biden to discuss another $ 600 billion Covid-19 relief package – a less ambitious economic injection that they say could gain bipartisan support.

The proposal from the group of ten, which includes moderates Susan Collins and Mitt Romney, falls well short of Mr. Biden’s $ 1.9 billion economic relief package. Democrats are considering trying to get this plan through a congressional process that would allow them to bypass Republicans, who deem it too costly.

“Our proposal reflects many of your stated priorities and, with your support, we believe this plan could be approved quickly by Congress with bipartisan support,” lawmakers wrote in a letter to Mr Biden, adding that they would unveil details on Monday.

The Republican Group claimed parts of its proposal matched Mr Biden’s plan, including $ 160 billion to help distribute the vaccine and build public health capacity to deal with the pandemic.

We cannot have hungry children in America, evicted people, unopened schools. We need to open our schools in a safe way.

But Bill Cassidy, another of the senators behind the proposal, told Fox News on Sunday that the lower price was “very targeted,” cutting back on what he called “unnecessary” measures, including some that would have helped public schools. to reopen. The offer includes a series of $ 1,000 payments to a smaller segment of families in need, instead of larger $ 1,400 paychecks as part of the Biden plan, he said.

The Republican proposal also included further extensions of unemployment benefits, as well as support for childcare and small businesses. But that’s well below the spending needed, according to the Democratic Party, to support families struggling with the economic fallout from the year-long pandemic.

Mr. Biden has vowed to make crossing the aisle a theme of his presidency. But he has indicated he could pass his package even without bipartisan support in order to meet his top legislative priority.

“I support the passage of Covid relief with the support of Republicans if we can get it, but Covid relief must pass. There are no ifs and buts, ”the president said on Friday.

To do this, all 50 Senators who meet with the Democratic Party would have to vote the same, with Vice President Kamala Harris doing the tiebreaker through a special congressional mechanism called reconciliation which many Republicans are voting for. complain about the division.

Rob Portman, one of ten Republicans who signed the new letter, told CNN on Sunday that any effort by Mr. Biden to “scramble” his own package would risk poisoning the well of bipartisanship in Congress.

But Bernie Sanders, a leading senator from the progressive wing who votes with the Democratic Party, warned against sacrificing a deal in the pursuit of bipartisanship.

“I don’t care what anyone says, we have to deal with this pandemic,” he told ABC News on Sunday, adding that the issue was not two-party politics but the response to the unprecedented crisis to which the county was facing. “We can’t have hungry children in America, people kicked out, schools not open. We need to open our schools in a safe way. “

“[T]The President has said on several occasions that he is open to ideas, wherever they come from, that we could improve the approach to tackle this crisis, ”he told NBC News on Sunday. But he said he would still demand “a comprehensive approach” delivered quickly.

Mr Biden has warned that the U.S. death toll from the coronavirus – which stands at more than 430,000 – will exceed 500,000 in February. The number of people admitted to hospital with the virus fell below 100,000 on Saturday for the first time in nearly two months, according to data from the Covid Tracking Project.