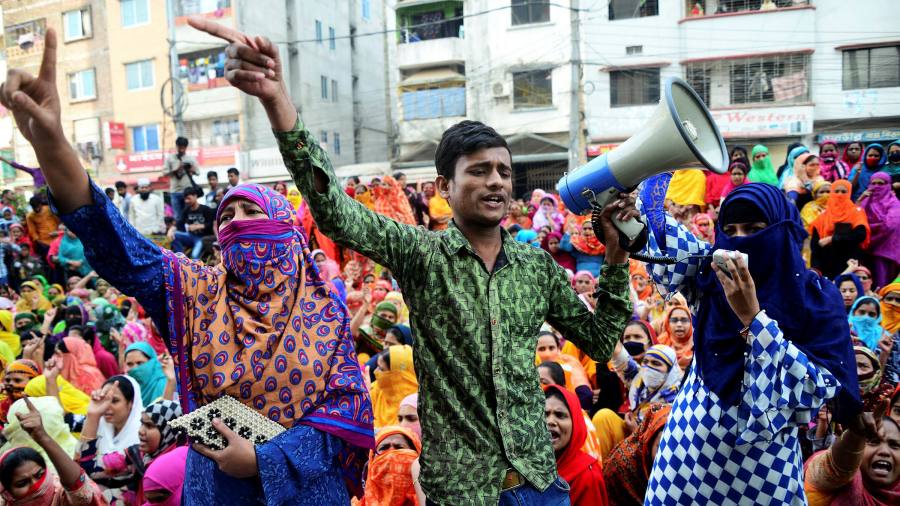 
Not that long ago, I found myself on a video call with a group of business people where a man who once ran a very large company said something unexpected.

He revealed that a survey of boards he had been involved with found that only 7% of board members were ‘climate savvy’, meaning they knew enough about the change. climate to understand how it could affect their business. There were audible gasps when he said this, but there shouldn’t have been any surprise. The shortage of climate expertise on boards is actually worse in some places, according to one new study from the Stern Center for Sustainable Business at New York University.

When its researchers scanned the biographies of 1,188 board members from America’s 100 largest companies, guess how many directors found specific climate expertise? Three. This represents 0.2% of the total, of which only 6% had wider environmental experience.

At a time when investor demand for climate action is growing, these numbers highlight the stark gap between what companies are saying about reducing carbon emissions and what they are actually doing.

What is said is striking. Since the start of 2020, the number of the largest companies with a target for net zero emissions tripled to at least 1,500. Yet too few companies have a detailed plan to meet these goals, which is not surprising given the state of the board’s expertise in climate matters.

It may not matter if global warming is not a problem for businesses. Yet world leaders themselves rank climate change as the most serious societal threat to their business over the next decade, a recent Deloitte report said – despite a widely expected pandemic to push these concerns into the background.

Like Larry Fink from BlackRock said last week: “In March, conventional wisdom was that the crisis would distract from the climate. But the exact opposite has happened and the reallocation of capital has accelerated even faster than I expected. “

Investors in mutual funds and exchange-traded funds invested $ 288 billion in durable assets between January and November last year, he said, nearly double the amount for the set of 2019. It’s a small beer in a global investment market worth trillion and BlackRock itself has been slow match his words to action on climate change. But Mr. Fink is right to say “there is no company whose business model will not be profoundly affected by the transition to a net zero economy.”

This is one of the reasons why I doubt the deplorable levels of climate illiteracy on boards of directors will last.

The NYU study of board expertise was based on director biographies in 2018 and lead author Professor Tensie Whelan told me last week that she hadn’t seen any sign of significant change since then. But she was hopeful nonetheless, in part because of what is happening in groups like ExxonMobil.

Last week he appeared the oil group was considering a change of direction after talks with activist investors who say a refresh is needed to put the business on a more sustainable financial footing.

The upheavals in the boardroom are unlikely to end there. Professor Whelan’s study also shows that companies most exposed to broader environmental, social and governance risks often lack directors with ESG expertise. Yet boards of directors face increasing pressure to act on another pressing issue of our time, as well as climate change: social inequality.

Covid has reversed years of progress in the war on poverty and the pandemic is far from over. This is one of the reasons the consumer goods group Unilever ad a new kind of goal: by 2030 he says he will only deal with suppliers who pay living wages or income.

“When it comes to climate change, the tipping point has arrived,” says Leena Nair, director of human resources at Unilever. Businesses know they have to act. But Covid had made the divide between rich and poor too big to ignore, she adds. “We need more and more companies to make commitments. I think she’s right. But many of these companies will also need a board that knows what kind of action to take.