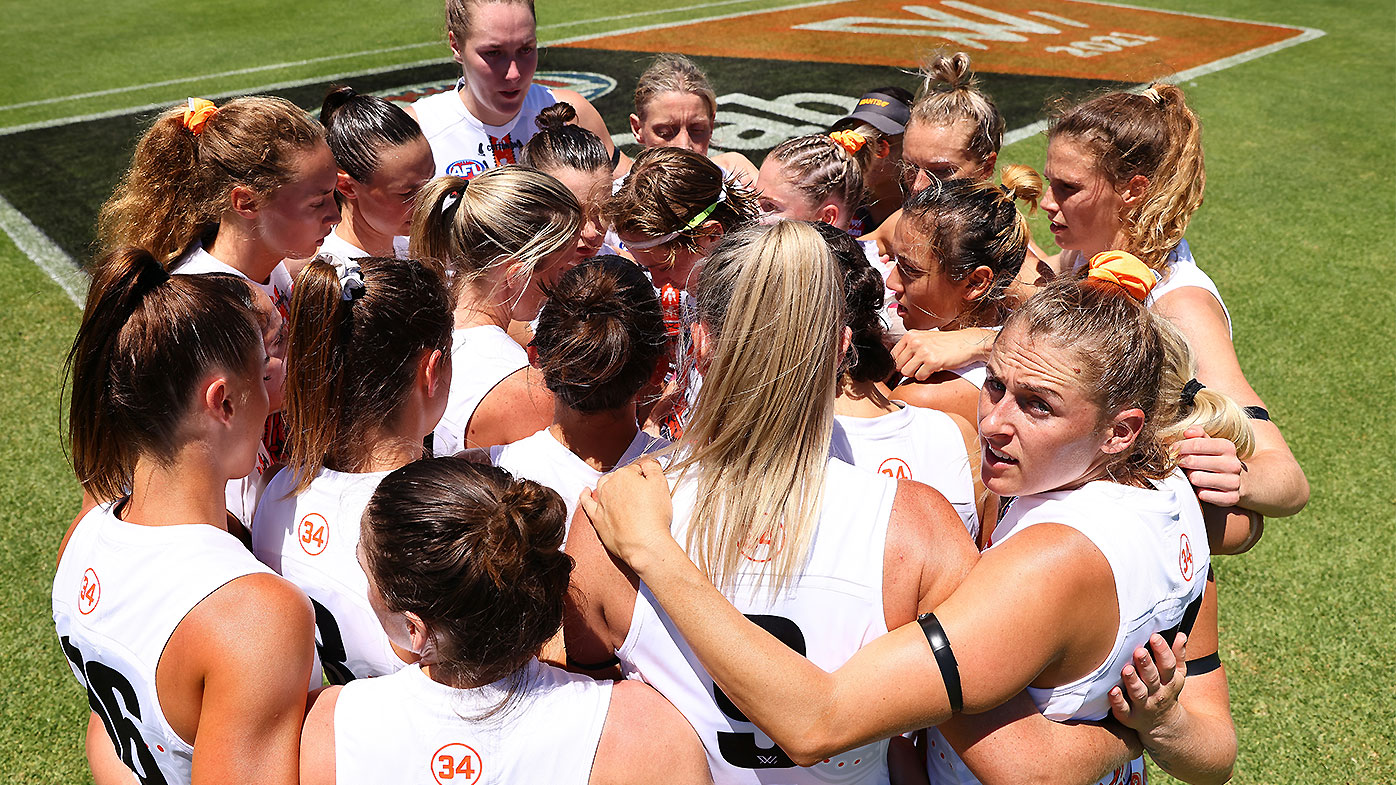 
GWS Giants players struggled to hold back tears during a moving tribute to their late teammate Jacinda Barclay ahead of Team AFLW’s opener.

Players from GWS and Fremantle observed in a minute of silence in memory of Barclay, who tragically passed away in October of last year.

In addition to the minute’s silence, every Giants player had Barclay’s old number, 34, on the back of their playing shirts.

Barclay’s sudden death sent shockwaves throughout the Australian sporting world, with tributes even pouring in from the United States where she played American football.

“Really hard to watch players like Erin McKinnon and Bec Beeson. It has been a tough preseason for the Giants, but Jacinda’s passing puts it all in perspective.”

“As Cinda’s former teammate, I was fortunate to have a front row spot in the face of the impact she has had on the entire Giants community,” the former added. AFLW player Alex Saundry.

“She was known for her strength, passion, charisma and loyalty and certainly knew how to build the group.

“Her loss left a giant hole in the entire Giants community and I’m sure what the girls are doing today and continuing to do off the field will make her and her family truly proud.”