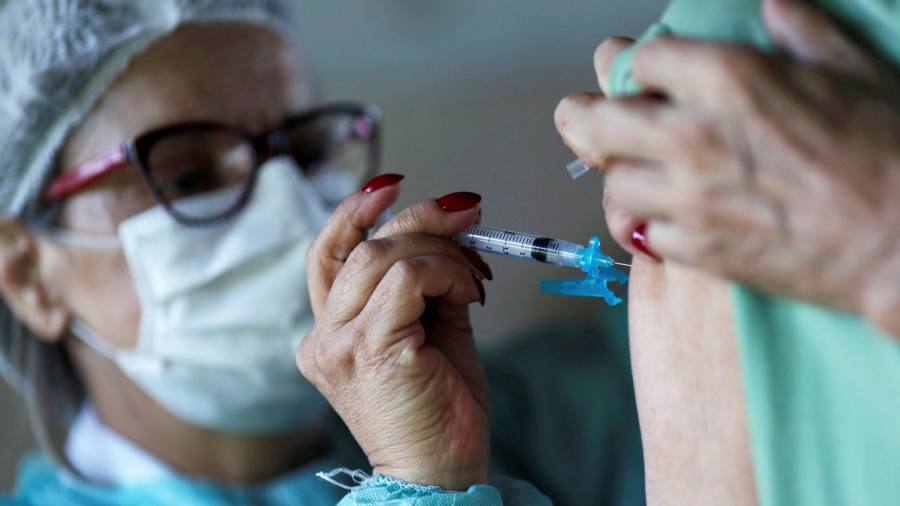 
A single dose of the Oxford / AstraZeneca coronavirus vaccine is 76% effective from three weeks to 12 weeks after injection, according to analysis of trial data that could boost confidence in the UK’s decision to delay second doses and vaccinate more people more quickly.

In a paper published Tuesday but not yet peer reviewed, researchers at the University of Oxford said the single dose had shown 76 percent effectiveness from 22 to 90 days after vaccination, “with protection showing little evidence of decreasing during this period”.

The researchers also found that spacing out the first and second doses over a longer period of time resulted in better long-term efficacy – a fact previously argued theoretically, but not empirically demonstrated with large-scale evidence for coronavirus vaccines. The vaccine’s effectiveness jumped to 82.4% after a second dose after 12 weeks, Oxford said.

What’s more, the vaccine could have a significant impact on transmission, Oxford said, after reducing the number of positive coronavirus tests among those vaccinated by 67%. However, a much larger sample will be needed to come to definitive conclusions about the risk of transmission, researchers said.

Andrew Pollard of Oxford, the vaccine trial’s chief investigator, said the data provided “an important check on interim data that has been used by more than 25 regulators” in the UK and Europe to give emergency vaccine approval.

“He also supports the policy recommendation made by the Joint Committee on Vaccination and Immunization (JCVI) for a 12-week prime-boost interval, as they seek the optimal approach for deployment, and reassures us that people are protected for 22 days. after a single dose of vaccine, ”he said.

The UK approved the Oxford / AstraZeneca vaccine in December, surprising some observers after choosing to space doses up to 12 weeks in order to stretch limited supplies, a move that some critics said had no effect. empirical support.

Stephen Evans, professor of pharmacoepidemiology at the London School of Hygiene & Tropical Medicine, said the data “certainly provide evidence to suggest that possible protection against two doses of this vaccine is not worsened by a period longer than 28 or 42 days. between doses and tend to confirm what had been shown previously, that if something the final efficacy was better ”.

While these data should not be taken as indicating that all questions have been answered, “they certainly do not suggest that JCVI’s advice on dose spacing was in any way incorrect for this vaccine,” he said. he declares.

Other manufacturers of coronavirus vaccines approved for use in the UK and EU, BioNTech / Pfizer and Moderna, have not tested their vaccines on longer dosing schedules and continue to recommend two doses up to four weeks apart.