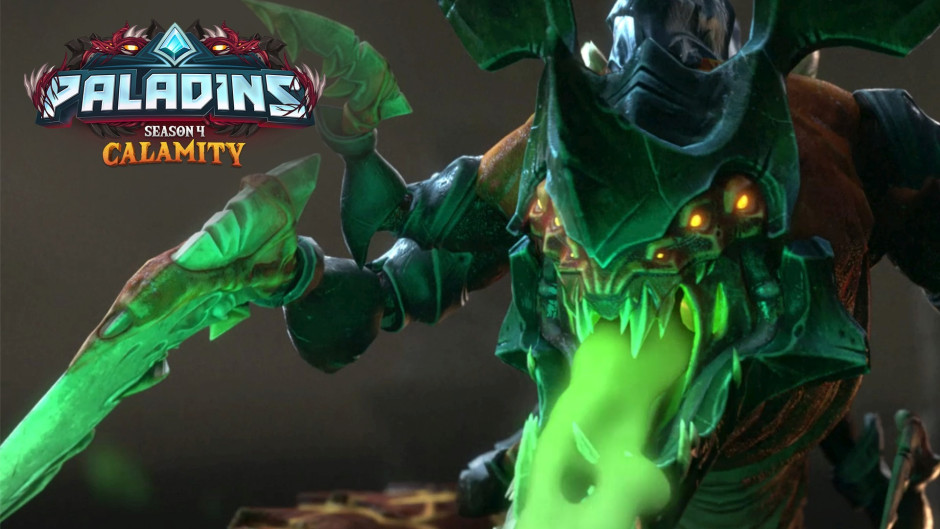 
Vora’s arrival was just the first taste of darkness the paladin realm would experience. Now, the true power she serves has finally been unleashed on the world. Yagorath the Devourer has emerged, freed from her captivity, to consume everything in her path as the new playable champion of Paladins‘Season 4: Calamity Update!

Yagorath is a piece of the Maw, a cosmic force with one goal – to assimilate all life into its being. On her journey through the cosmos, Yagorath collided with the Realm Moon, shattering it and causing it to plunge into the Realm. There she was imprisoned and watched over by the Seal Keepers, staunch supporters of the Moon Goddess Io, who were determined never to let Yagorath escape to ravage the earth.

However, Seal Keeper Vora felt that Io had abandoned her and the kingdom, now teeming with death and destruction brought on by the Magistrate’s War and the Resistance. Vora decided to take revenge by becoming The Harbinger and freeing Yagorath. Now this powerful cosmic horror seeks to unify the Kingdom by devouring all life within it!

Yagorath is the most unique Paladins champion to date. This frontline champion has two forms – Planted and Travel. In planted form, Yagorath cannot move but gains the ability to spray acid which slowly eats away at enemies. In the form of travel, Yagorath rolls into a wheel and crosses the battlefield, throwing enemies out of his way and stalking his next prey.

Yagorath’s most formidable ability is the aptly named Devour, where she targets a champion to become her next meal. The enemy champion is slowly pulled towards her, unable to escape their fate on their own. The entire enemy team must work together to defeat Yagorath before lunchtime – and his target is executed with a satisfying chomping animation!

In addition to Yagorath, Season 4: Calamity kicks off with this Paladins updated, reset the leaderboard, and added lots of balance changes to the game. We’re also introducing our new 2021 Season Pass, which will allow players to release every new champion this year – including Yagorath – as well as skins, emotes and poses for everyone. Additionally, Season Pass holders will receive 1,500 Crystals, an exclusive Soul Thief Furia skin, the Golden Gryphon mount, and a 10% bonus on all crystal purchases throughout the season!

Our Champion Pack has also been retired and replaced with three new editions: Starter, Gold and Deluxe Editions. The Starter Edition unlocks our 8 most popular champions while the Gold Edition catches those same 8 champions plus 22 more and a bonus of 600 crystals! The best bang for the buck is the Deluxe Edition, which instantly unlocks the current Season Pass, everything in the other two editions, and 10 additional Champions!

The realm of paladins will never be the same now that the terrifying Yagorath has been unleashed and we are delighted that all players on Xbox Series X | S and Xbox One discover new content for Season 4: Calamity! 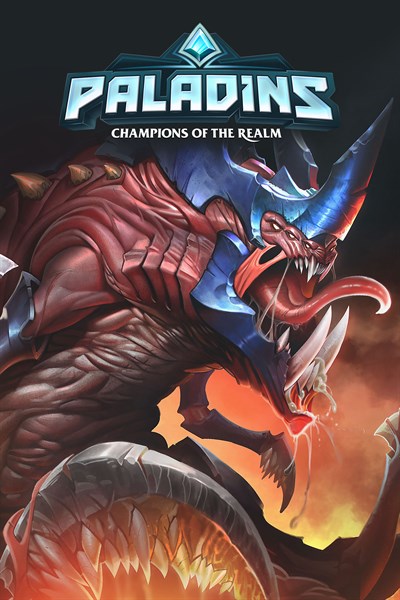 Enter a fantasy world of ancient technology in Paladins, a team-based shooter with elements of strategy and deep character customization. Through a unique collectible card system, players can amplify and augment a character’s core skill set to play just the way they want.