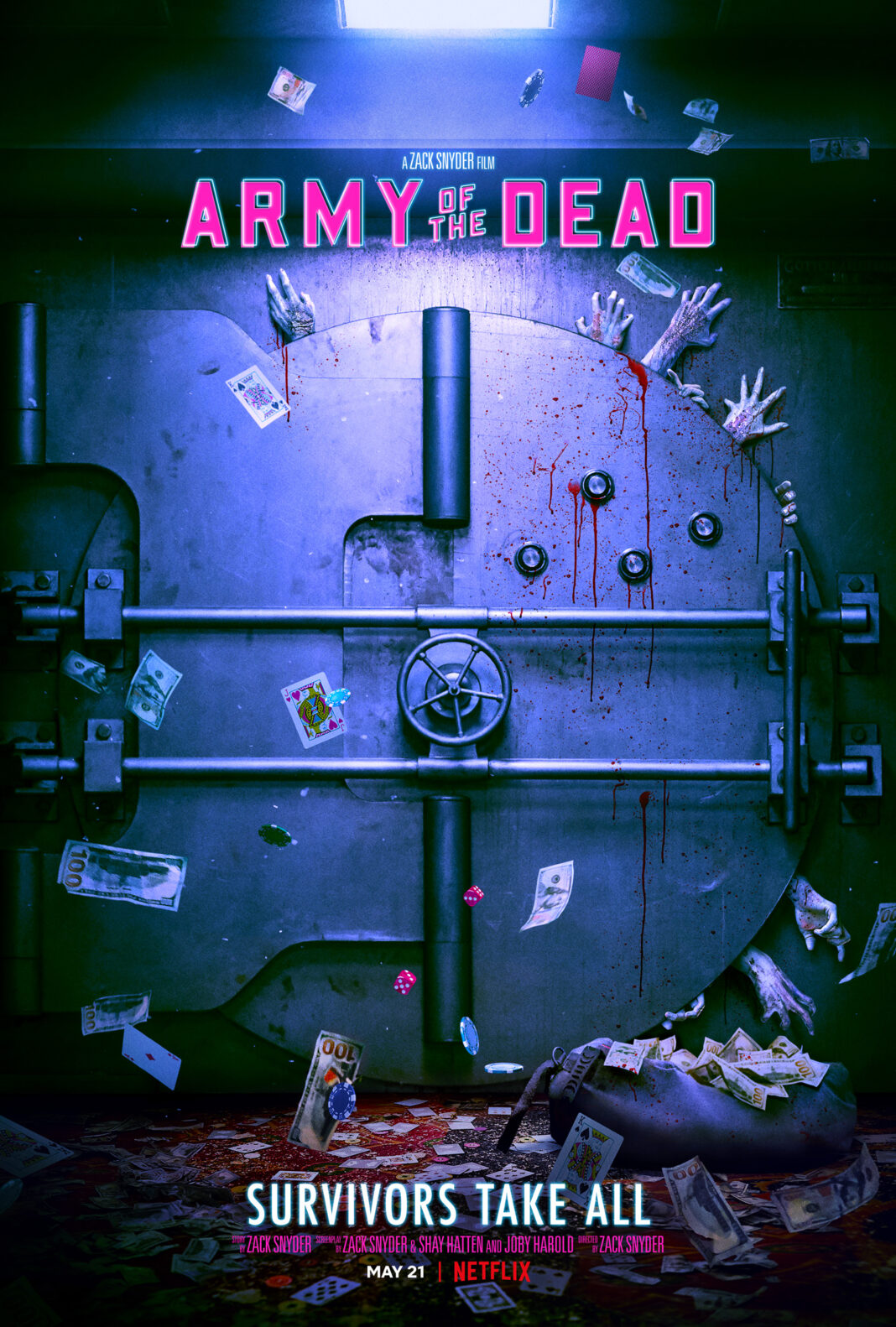 Zack Snyder’s Army of the Dead Netflix release date has been revealed in a new zombie-infected poster. The official Army of the Dead poster, shared by Snyder on Twitter, has confirmed that the Zombie Heist movie will be released on Netflix on May 21. For now, however, the poster keeps the Undead crushed behind a safe door. We expect to get a glimpse of that door later this week, as the director announced that the film will receive its first teaser on February 25.

Set in post-apocalyptic Las Vegas, Army of the Dead gives birth to a group of mercenaries who infiltrate a quarantine area to attack a casino during a zombie outbreak. The film stars Dave Bautista, Ella Purnell, Ana de la Reguera, Garret Dillahunt, Raúl Castillo, Omari Hardwick, Tig Notaro, Nora Arnezeder, Matthias Schweighöfer, Samantha Win, Theo Rossi, Huma Qureshi, Hiroyuki Sanada and Richard Cetrone. The film directed by Snyder appeared in Netflix’s sizzle reel for 2021 at the start of the year, with the streaming giant promising to release at least one new movie per week throughout 2021 for a total of at least 70. The titles in the upcoming slate featured an impressive roster of premier actors. plan, including Dwayne “The Rock” Johnson, Gal Gadot, Leonardo DiCaprio, Amy Adams, Ryan Reynolds and more.