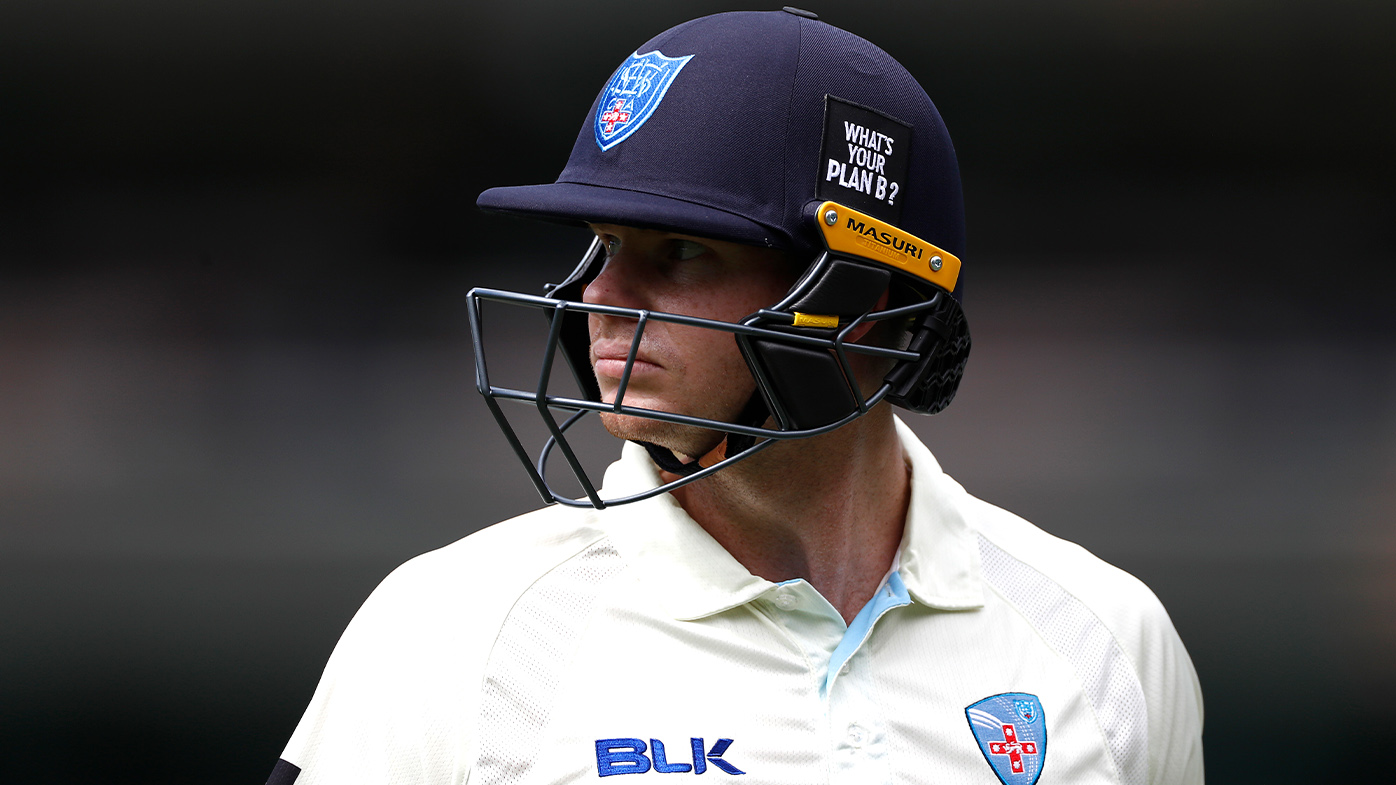 
Former Australian captain Ian Chappell has denounced players taking “excessive time to leave the enclosure when they go out” following criticism that player behavior has plummeted.

Champion drummer Steve Smith was furious last week that he was trapped on the last day of Sheffield Shield of NSW confronts Victoria.

A frustrated Smith clearly didn’t think his bat had grazed the ball as he repeatedly shook his head while looking around in frustration.

Asked about Smith’s likes and if there has been a noticeable drop in player behavior, Chappell said the “problem” for individuals was that they were paying the price for mistakes made by cricket administrators.

“Dissent is dissent. If they feel that dissent was involved, they should be fined and fined quite severe,” he told 2GB’s Wide World of Sports.

“But that’s where the problem lies – cricket administrators make the mistakes and the players pay the price.

“When I was raised, one of the first things you were told is that the umpire is right and you don’t argue with the umpire.

“Somehow you have to find a way instead, even though you were abandoned and knew you weren’t out there somehow you had to find a way. way to walk 100 meters to the lodge before leaving everything free. It was character building. “

The former Aussie captain said the issues fans were witnessing were one of the after effects of the introduction of the DRS system.

With players now able to revisit controversial decisions made by referees in certain formats and levels of the game, they feel more comfortable arguing, Chappell says, and he also believes this has enabled players to take more time while leaving the enclosure when given.

“So what have the admins done now? They’ve introduced the DRS system, which is basically telling players to ‘argue with the referees’,” said Chappell.

“I will say this, and not just about the Aussie players, but there are a lot of players all over the world who take excessive time to leave the venue when they go out.

“I don’t understand. I think back to when I played – when I got out I wanted to take off as fast as possible.

“I think some of them are looking around, looking at the big screen and so on.”

Chappell made specific mention of Australian batsman Marnus Labuschagne, who he said was one of the main culprits for slowly moving away from the pitch.

“Marnus is a bad example, he takes forever to get off the field but he is not the only one and there are plenty of others and other countries. I just don’t understand,” he said. he declares.

“You’ve never had so many policemen on a cricket pitch: umpires, third umpires, fourth umpires.