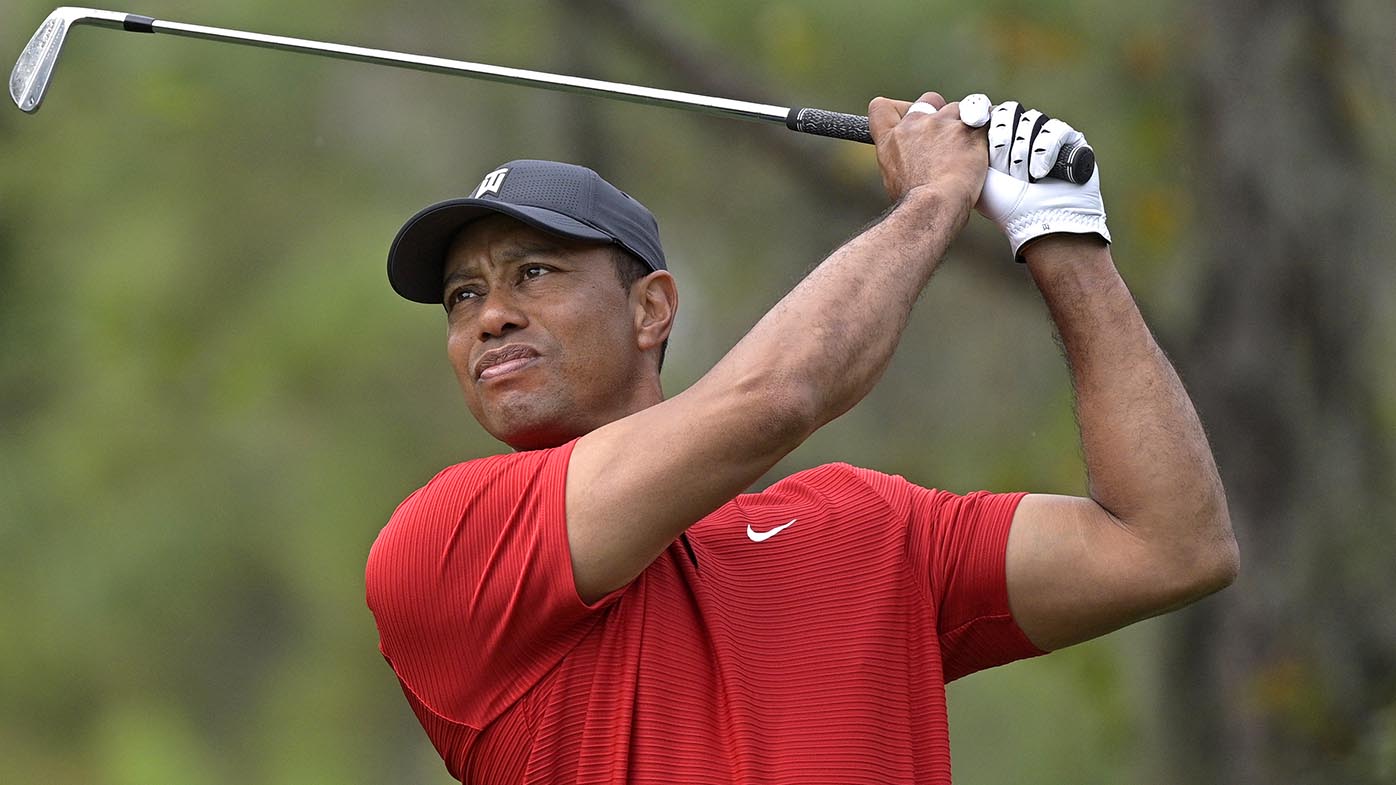 
Tiger woods was hospitalized after he rolled his car into a serious traffic accident in California, suffering from multiple leg injuries.

Firefighters and paramedics had to use the “ jaws of life ” to free the golfing legend from his vehicle, a statement from the Los Angeles County Sheriff’s Department said. He was rushed to hospital by ambulance with non-fatal injuries.

Golf reporter Luke Elvy said Woods, already struggling after new back surgery, may have had his legs broken in the crash, which took place on a steep sloping road. Helicopter footage of the crash showed the vehicle heavily damaged and airbags deployed, lying on a hill by the side of the road. Wood was driving alone.

“He is currently in surgery,” Steinberg told Golf Digest, “and we thank you for your privacy and support.”

TMZ obtained audio of 911 dispatches from the scene of the accident, in which a respondent reports: “We have a turnaround with someone trapped.”

“On February 23, 2021, at approximately 7:12 am, the LASD responded to a collision with a single vehicle in the event of a vehicle rollover at the border of Rolling Hills Estates and Ranchos Palos Verdes,” the statement from the Sheriff’s Department reads.

“The vehicle was driving north on Hawthorne Boulevard at Blackhorse Road when it crashed. The vehicle sustained significant damage.

“The driver and sole occupant has been identified as PGA golfer Eldrick ‘Tiger’ Woods.

“Mr. Woods was pulled from the wreckage with the “jaws of life” by Los Angeles County fire and paramedics, then transported to a local hospital by ambulance for his injuries. “

A friend of Woods’ PGA Tour winner Justin Thomas spoke at a virtual press conference after the crash and was visibly shaken.

“It hurts to see one of your closest friends have an accident and man, I just hope he’s okay,” Thomas said. “I’m just worried about her kids, I’m sure they’re struggling.”

Thomas later wrote on Twitter: “My stomach hurts right now. Pray for @TigerWoods and hope for an amazing recovery. Thinking of all of his family and team as we all send him our best wishes. know TW is a fighter. Recover quickly. “

Former Australian US Masters winner Adam Scott said the crash was another grim reminder that bad luck could strike anyone.

“It’s sickening,” Scott said, according to PGA Tour media. “He’s our hero here. You think guys like Tiger and Kobe Bryant are untouchable, but they’re not. I just hope he’s okay.”

US Open winner Bryson DeChambeau wrote on Twitter: “Heartbroken and shocked to hear about the @TigerWoods accident today. My thoughts and prayers are with him for a full recovery. “

2013 US Open champion Justin Rose tweeted: “We know how tough you are, we’ve seen it a hundred times. Hoping and praying you’re okay my friend.”

The PGA Tour issued a statement saying, “On behalf of the PGA Tour and our players, Tiger is in our prayers and will have our full support as he recovers.”

“Fight @tigerwoods like the champion you are for your children and the world. Love and prayers,” boxing legend Mike Tyson wrote on Twitter.

NBA great Magic Johnson wrote, “Everyone sends your prayers to Tiger Woods! He was just in a serious car accident. Let us all pray for his speedy recovery.”

Woods, 45, hosted the PGA Tour Genesis Invitational this weekend. He was then participating in a Golf Digest / GOLFTV content shoot.

Earlier on the day of the crash, Woods was seen on social media with NBA legend Dwyane Wade at the Rolling Hills Country Club. He would have accompanied Wade on the course but did not hit any ball, except putts, due to his back problem. An image also showed him riding a golf cart with actor David Spade.

Woods had had doubts about making it to the year’s first major, the US Masters, in early April due to his issue. He won the last of his 15 major championships at Augusta National in 2019.

Masters President Fred Ridley said in a statement: “Tiger Woods is part of the Augusta National family, and the news of his accident has shocked us all. We pray for him, for his full recovery and for his family during this time. hard time. . “

It remains to be seen what impact the car accident will have on Woods’ career.

This is the third time Woods has been involved in an auto investigation.

Most notorious was the early morning after Thanksgiving in 2009, when his SUV hit a fire hydrant and hit a tree. It was the start of shocking revelations that he had cheated on his wife with several women. Woods lost a major corporate sponsorship, went to a rehabilitation clinic in Mississippi, and did not return to golf for five months.

In May 2017, Florida police found him asleep while driving a car parked awkwardly on the side of the road. He was arrested on a DUI charge and later said he had an unexpected reaction to his back pain medication. Woods then pleaded guilty to reckless driving and showed up at a clinic for help with prescription drugs and a sleep disorder.

The first half of Hawks-Thunder on Friday was one of the worst uniform matches you've ever seen: bright red (Hawks) over orange (Thunder). Not...
Read more
Sport News

The battle to replace Cameron Smith at hooker for Melbourne will come to a head this weekend when the Storm takes on the...
Read more