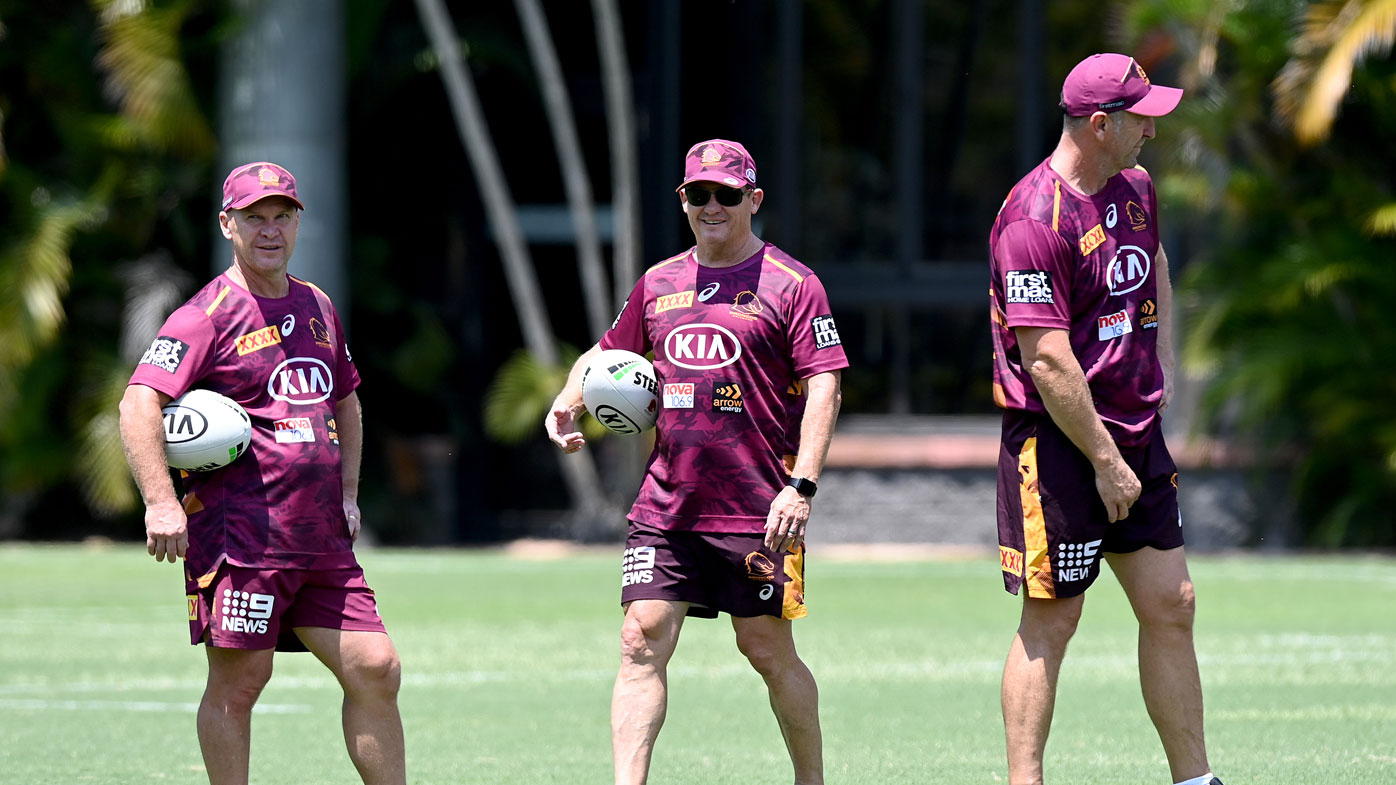 
Broncos coach Kevin Walters has said the club are at war over reports of an altercation in a pub between his assistant John Cartwright and Broncos legend Chris Johns.

News of a disagreement emerged just a day before Brisbane gave 34-18 to the Cowboys on Saturday.

Johns, who won a premier with Walters at the club in 1992-93 and chairs the Broncos Old Boys Club, confirmed that he and Cartwright were involved in an incident late last year just a few weeks after Walters began his tenure at Red Hill.

Johns had a heated argument that turned into a physical fight with Cartwright at the Caxton Hotel according to News Corp.

Claims that Cartwright grabbed Johns by the throat were vehemently dismissed by the Broncos assistant, who won a premier with the Panthers as a player in 1991.

Johns revealed that Cartwright disapproved of comments he made after former full-back Penrith spoke highly of the Panthers’ golden years.

“I said (to Cartwright), ‘At the Panthers you won a competition, don’t compare the Broncos (who won six PM titles) with the Panthers.

Carty got the message and said, ‘Don’t start packing my old club.’

After accepting the position from the Broncos, Walters described the Broncos as a “fractured” club last season. When asked about the incident between Cartwright and Johns, the new coach denied knowing anything and backed Cartwright.

“I don’t know anything about it,” Walters said.

“To my knowledge, there has been no incident.”

When told that Johns had confirmed that an incident had taken place, Walters said, “Well, if that happened, I wasn’t there.”

Walters said he would not discuss the matter with Cartwright, and claimed Johns was in training recently, suggesting the matter was not a problem.

The Broncos endured a winless preseason with a 22-game draw against Queensland Cup team Wynnum Manly on their first try before a disappointing 16-point loss to North Queensland at Redcliffe.