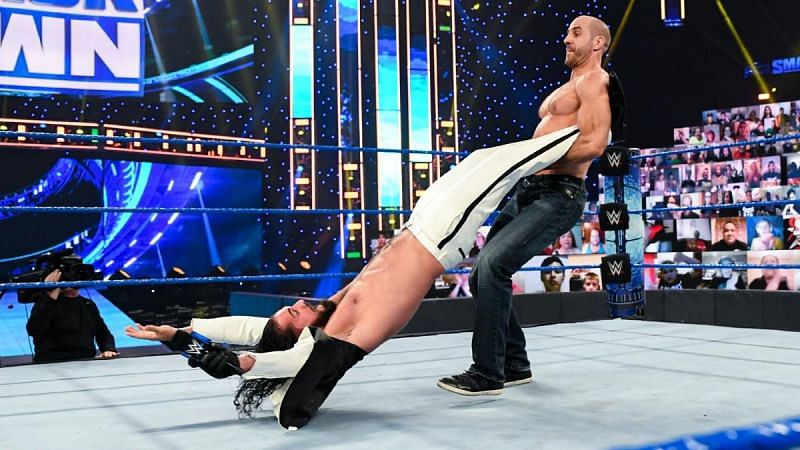 
The Miz has revealed who he believes is WWE’s most talented in-ring superstar. The WWE Champion has said SmackDown star Cesaro is exceptional in the ring and the Swiss cyborg will get a push in WWE once fans return.

Cesaro has been pushed around a bit in recent months and was in the Elimination Chamber match to determine Roman Reigns’ No.1 universal title contender.

Sure Oral sessions with Renee Paquette, the host and The Miz spoke about Talking Smack and how he used the show to create opportunities for himself in WWE. He praised Big E and Paul Heyman and also said that Cesaro could be very successful in the near future.

“Speaking of Cesaro, arguably the most talented person in a WWE ring. One of the most – I don’t know if you could call him underrated because people know that. understand. I honestly believe it’s going to happen (a push for Cesaro) and I think it’s going to happen when we get the fans back. Because I think you can’t deny his talent and it’s going to get him there. “

Renee said Cesaro could have a similar run to Kofi Kingston on the road to WrestleMania 35. The former WWE commentator praised Cesaro, saying, “he’s so good.”

Corey Graves calls Cesaro the best wrestler in the world

SmackDown Commentator Corey Graves too complimentary on Cesaro recently, calling him the “best wrestler in the world”.

Graves said Cesaro is not captivating on the mic but is exceptional in the ring. He has even compared it with the WWE Hall of Fame and professional wrestling legend Bruno Sammartino.

Please H / T Oral Sessions and SK Wrestling if you use any of the quotes above.