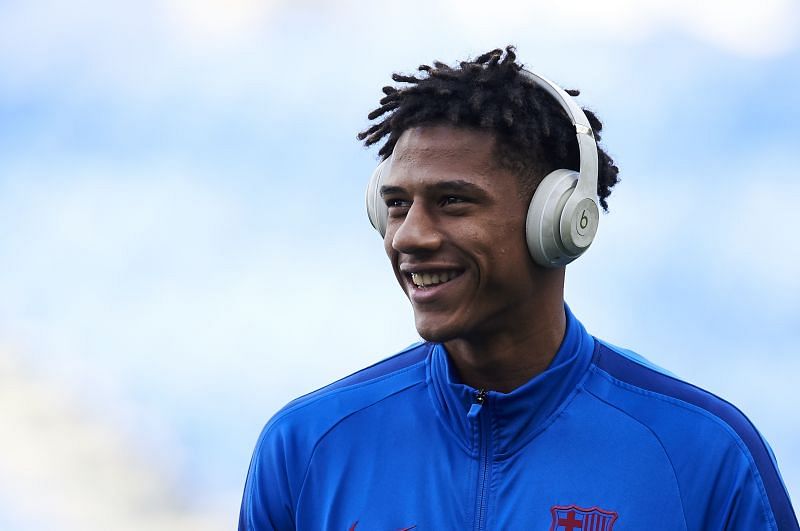 
Barcelona have received a major boost as one of their injured players has returned to training.

Barcelona were rocked by arrests of club officials and others, including former president Josep Maria Bartomeu, as new details of the BarcaGate the scandal was revealed. A lot is happening on and off the pitch as the club continue to find themselves in dire financial straits in the wake of the Covid-19 pandemic.

Without further ado, let’s take a look at the main stories involving Barcelona from March 2, 2021.

Barcelona defender Jean-Clair Todibo is currently on loan with League 1 equip OGC Nice. He has now admitted that he doesn’t care what goes on at his parent club.

Todibo has admitted he would like to see Nice and Barcelona make a deal for him as he doesn’t want to return to Catalonia. Speaking to the press ahead of Nice’s game against Nimes, Todibo said he strongly hopes to be able to stay in Nice.

“I don’t know if it’s settled (for next season), but it’s one of my ambitions. So I strongly hope that this will happen. My individual performance will determine whether I stay here or not. Nothing is done. “

Of what’s going on in Barcelona, ​​Todibo said:

“Without lying to you, I’m not very interested in what’s going on. I watch games from time to time when my French colleagues play like Ousmane Dembele, Clément Lenglet or Samuel Umtiti. I just watch because I consider them to be friends. But other than that, I don’t necessarily follow them.

“I am focused on OGC Nice, it is the most important for me. What is the point of dreaming of the Barcelona defense when I play against Rennes or Nîmes at the weekend?

“The most important thing is to focus on these matches. These are matches that will earn points for Nice. Today, I am a Nice player, I am not a Barcelona player.

Jean-Clair Todibo on loan was asked if parent club Barcelona can come back against PSG:

🗣 “Honestly, that doesn’t interest me at all.

“I hope for them that they will. Either they do it or they don’t. Its not my problem if you know what I mean.

Rafael Yuste, who was once vice president of Joan Laporta, spoke out against Erling Haaland and Kylian mbappe rumors, drawing attention to the precarious financial situation of the club.

Yuste urged the club to focus on retention Lionel Messi, which he hailed as “the best in the world”. Barcelona presidential candidates have already made big statements about potential transfer targets, but Yuste, who is seeking to return to the post of vice-president, has dismissed the promises as ‘irresponsible’.

“Today, with a debt of 1,173 million euros, it would be irresponsible to say that we are going to sign Haaland or Mbappe. In addition, we have a team that can give a lot of joy to the members and a courageous coach who bets on the youngsters.

“As we turn the tables and generate resources there will be a choice, but now let’s stand behind what we have and see how far we can go. Right now we already have the best in the world called Leo Messi.

Barcelona midfielder Pedri had to be taken out in the Sevilla game due to a calf problem and it has been reported that he is expected to be missing for at least two weeks. However, in a surprising turn of events, Pedri returned to training.

Ronald Araujo, however, is still training individually for the second day in a row. Pedri’s return to training could mean he could make it to the squad for Barcelona’s Copa Del Rey second leg against Sevilla on Wednesday.