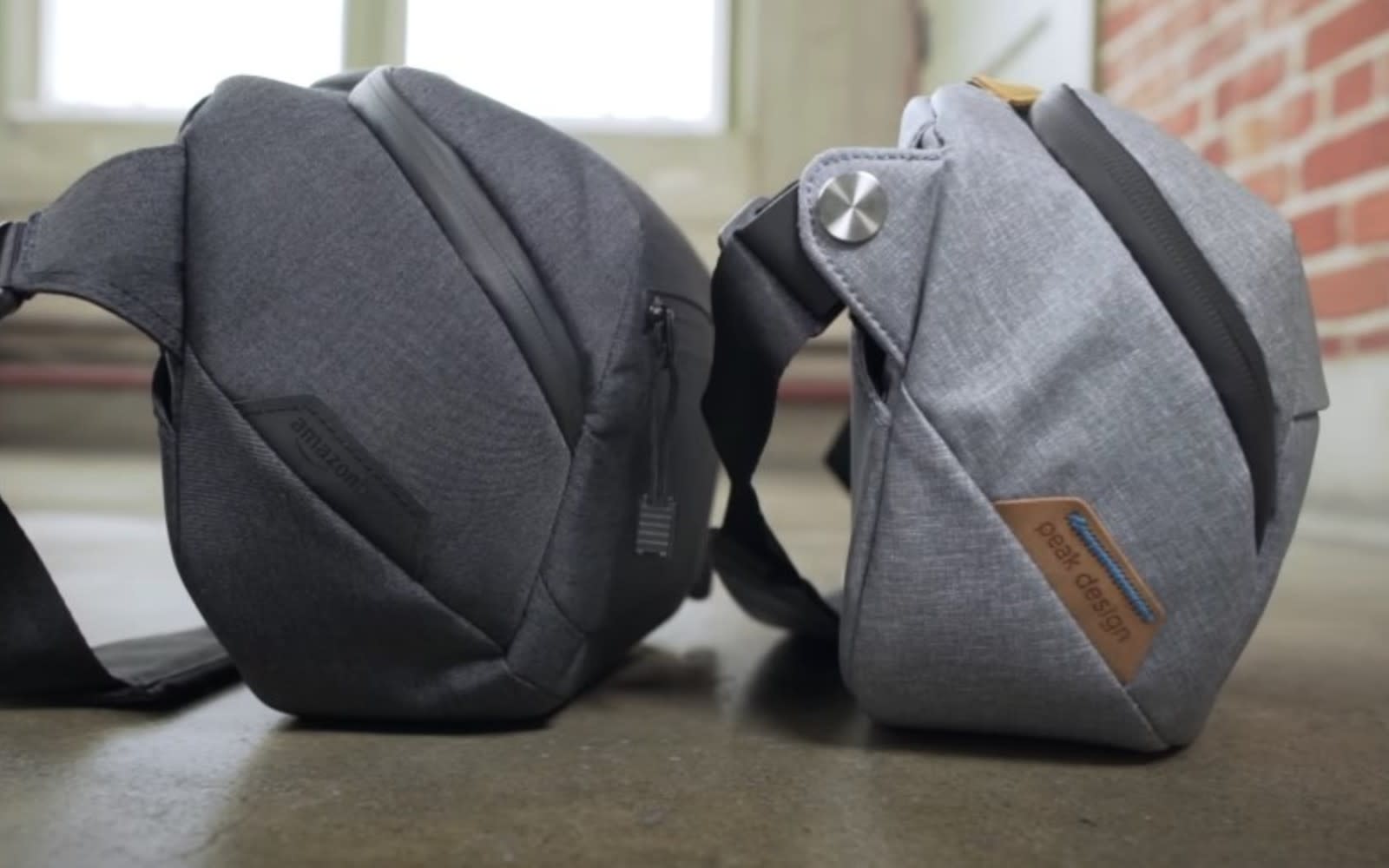 
Amazon is well known for its ways to copy, but it’s not that often that another company calls it, let alone in a fun way. But that’s exactly what Cutting edge design did it today when he uploaded a video to YouTube comparing his Everyday sling to an AmazonBasics camera bag that shares the exact same name.

“It looks weirdly like the Peak Design Everyday Sling, but you’re not paying for all those unnecessary bells and whistles,” says the narrator of the video. These extras include things like a lifetime warranty, BlueSign approved recycled materials, as well as the time and effort spent by the company’s design team in creating the bag.

In its most on-nose jab on Amazon, the video includes a “dramatization” of how the AmazonBasics design team created its version of the bag. “Keep analyzing this data,” a wide-eyed executive tells his subordinate, who is played here by Peak Design founder and CEO Peter Dering. “Let’s Basic this bad boy,” they say after finding the Everyday Sling.

The segment highlights an uncomfortable aspect of Amazon’s business model, a the Wall Street newspaper report reviewed last year. According to former Amazon employees, the company had used proprietary data about sellers to design and price products in-house – even though its own policies prohibited it from doing so. The report was released when Jeff Bezos had to testify before the United States House of Representatives last year during its antitrust hearings. He said he could not guarantee that the online retailer had not misused the data of its third-party sellers.

Peak Design ends the video with something of a call. If you don’t want a product that is responsibly made by an innovative small business, you don’t have to buy it. “Whichever one you buy, you will get exactly what you paid for.”