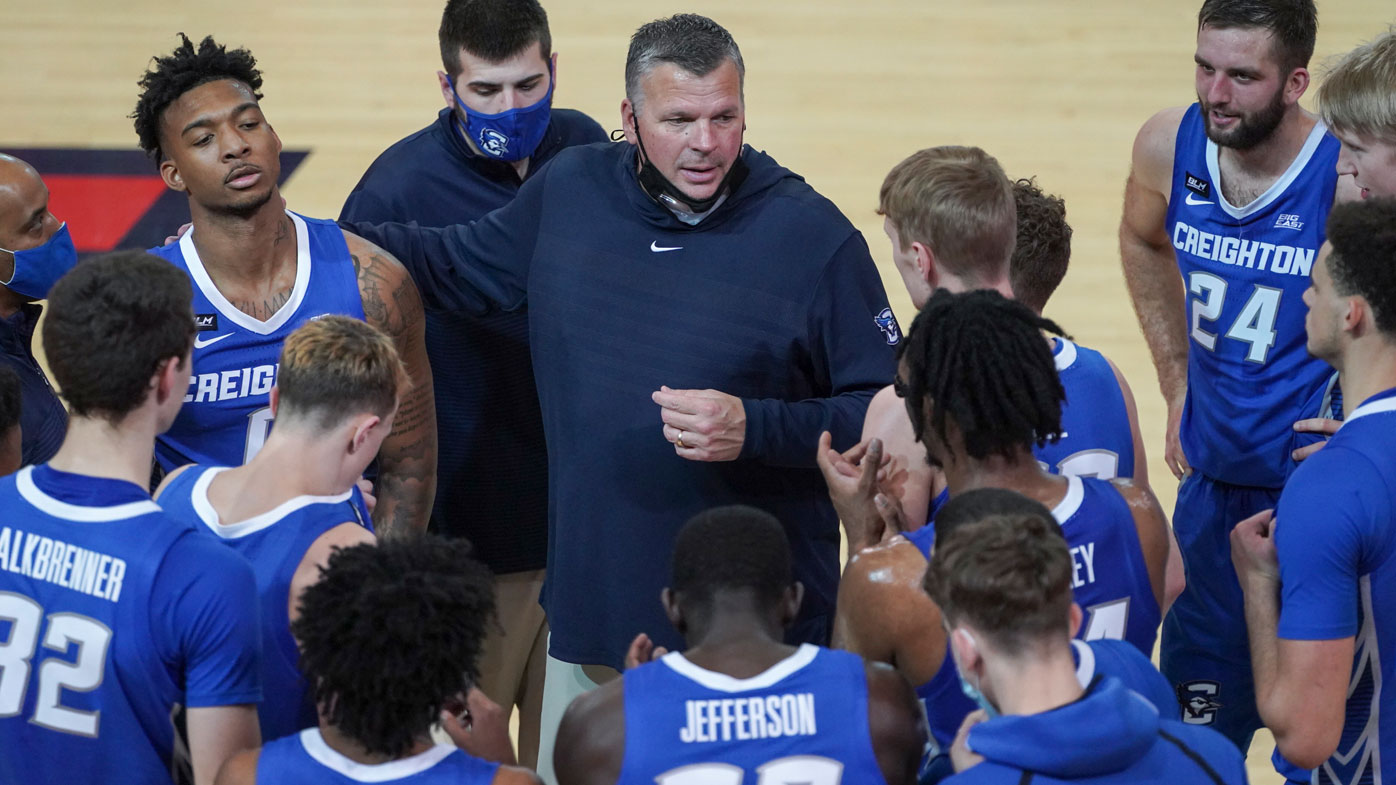 
Creighton coach Greg McDermott apologized on Tuesday for urging his players to “stay on the plantation” in a post-game locker room discussion after a loss over the weekend.

In a report posted on twitterMcDermott said he used a “woefully inappropriate analogy to argue about staying together as a team despite the loss.”

McDermott, who is white, admitted, saying, “Guys, we have to stay together. We need both feet. I need everyone to stay on the plantation. I can’t let anyone leave the plantation.”

The comments came after the Bluejays’ 14th loss 77-69 to Xavier in Cincinnati. McDermott said he immediately admitted he had made a “glaring error” and discussed with his team his use of a term evocative of southern slavery and warfare.

“I never used that analogy and it doesn’t indicate who I am as a person or as a coach,” McDermott said in his post. “I am deeply sorry. I apologized to our student-athletes and staff.”

Creighton’s assistant coach Terrence Rencher, who is black, tweeted that he was “deeply hurt” by McDermott’s words.

“Although my relationship with Coach has been positive and I have never witnessed any racist energy from him,” Rencher said, “what he said was wrong and callous. ‘Plantation’ has one dark and hurtful story in my community and cannot be overlooked. Right now I am focusing on the players and supporting them in the way they need my support. “

Rencher added: “The players have decided they want to continue chasing their goals on the pitch this season with coach McDermott and I support their wishes and will continue to devote my heart to coaching them and helping them cope. to bigger issues. “

Bogut calls the time on his basketball career

Creighton spokesman Rob Anderson declined to comment on whether players or staff complained to administrators about the remark or why the apology was made public.

In a statement, the university called McDermott’s language “deplorable” and said it was inconsistent with the private Jesuit school’s values ​​and commitment to creating a welcoming environment.

“While an apology is a start, and while we don’t think it has any character for Coach McDermott, that doesn’t diminish the fact that his remark was hurtful to many and has absolutely no place. in the Creighton community, “the statement read. . “We have offered our full and unconditional support to those touched by his words.”

Hendrickson and Rasmussen met with the players in person on Monday in Cincinnati and both also spoke to McDermott to “unequivocally” condemn his language, the statement said.

The school said any disciplinary action would be kept confidential.

Creighton plays at No.10 Villanova on Wednesday night.