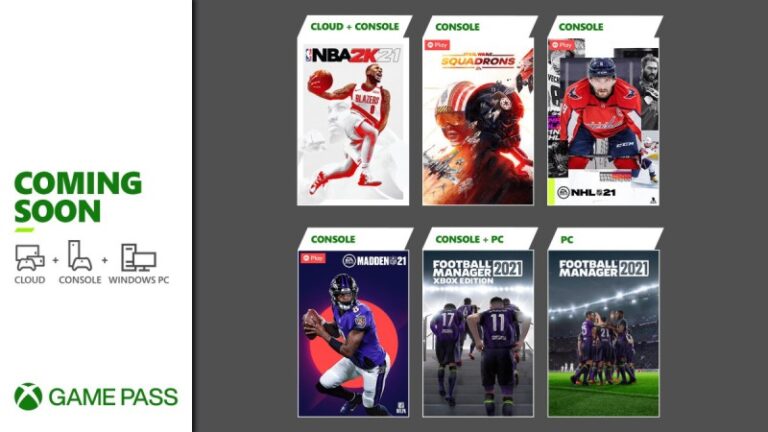 The latest lineup has an unusual theme, sticking heavily to sports games with the exception of Star Wars: Squadrons (although that’s racing, so if you squint …). For the full lineup of what’s to come, here’s what Xbox had to share:

Interested in Xbox Game Pass, but unsure if you still want to pull that trigger? No problem, here is what you need to know. With the Microsoft subscription service, you have two options to choose from: Xbox Game Pass and Xbox Game Pass Ultimate. Both offer Xbox gamers the ability to play over 100 titles at no additional cost, including day one launches of proprietary titles.

Xbox Game Pass costs $ 9.99 per month with the The Xbox Game Pass Ultimate version at $ 14.99, including Xbox Live Gold in this bundle price. It’s a great deal, ideal for those who don’t care about owning titles or plan to play something more than once. It could be even better with the Acquisition of ZeniMax which is set in stone this month for the titles under the id Software and Bethesda umbrellas.

What do you think of the latest titles to join Xbox Game Pass in the coming weeks? Give your opinion in the comments section below and what you would like to see added next!